A road trip down to BEER MECCA Rehoboth, Delaware to the Dogfish Brewpub to spend a day where it all started with Dogfish founder and one of my personal idols Sam Calagione to brew by hand a new seasonal and gluten free beer: Tweason’ale

Local Fifer Orchard Strawberries delivered and hand pressed, sorghum and buckwheat honey, a spin around the whirlpool and then about a month of cookin’ to make this Tweason’ale come to life. You can try this beer on tap at the brewpub and if all goes well it will head to the Milton production brewery for national distribution later this year… cheers to that y’all!

*Below story captions by the man himself (Sam Calagione) 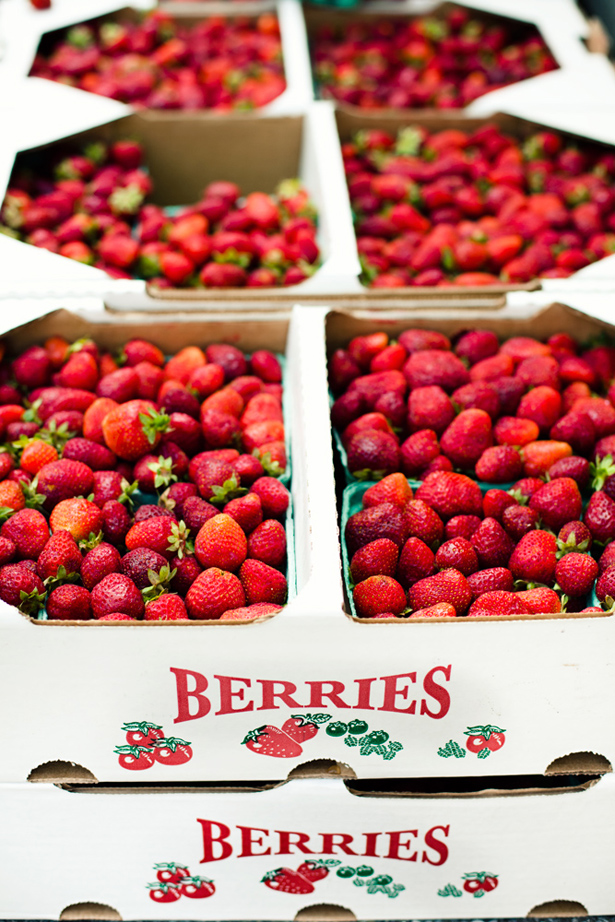 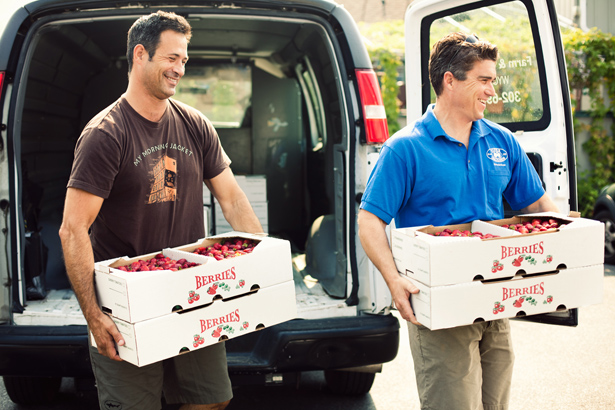 “Fifer Orchards, a fifth-generation family farm in southern Delaware, provides a broad range of sustainable local fruits and vegetables that we use in our pub kitchen and brewery. Bobby Fifer is pointing out just how ripe and sweet these strawberries are. They are the focal point of our newest beer, but getting them ready to brew with is not going to be easy.” 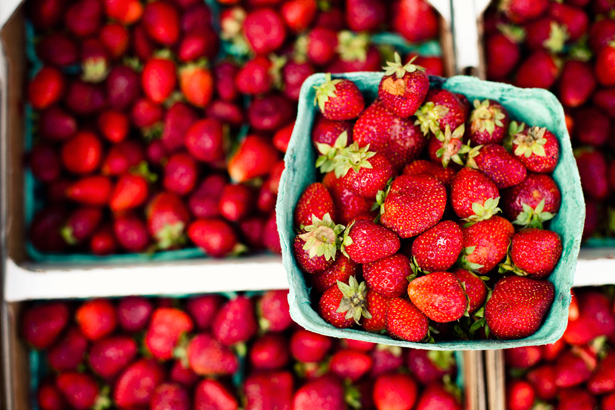 “We hand-loaded over 150 pounds of local strawberries into this wood fruit press. This will produce five barrels, or 150 gallons, of finished beer — over a pound of fresh-squeezed fruit for every gallon of this beer.”

“The fruit press is hand-cranked in the parking lot outside the brewhouse in Rehoboth Beach, Del. This is definitely a two-man job. It’s amazing how little these fruit presses have changed since I first helped my uncles and father make wine with one about 30 years ago. We’ve brewed with blueberries, blackberries, raspberries, raisins, oranges and lemons, but I think this is the first strawberry beer we’ve ever done.”

“Extracting the juice was exhausting but cool. It took us a few hours to work through all of the fruit, and the juice was a vibrant blood red as it ran through the slats. Because the press worked in repetitive increments, the juice pulsed out in surges. Before we cleaned up, the area looked like an epic crime scene minus the chalked body outlines. “Are wild strawberries really wild? Will they scratch an adult, will they snap at a child?” — Shel Silverstein.” 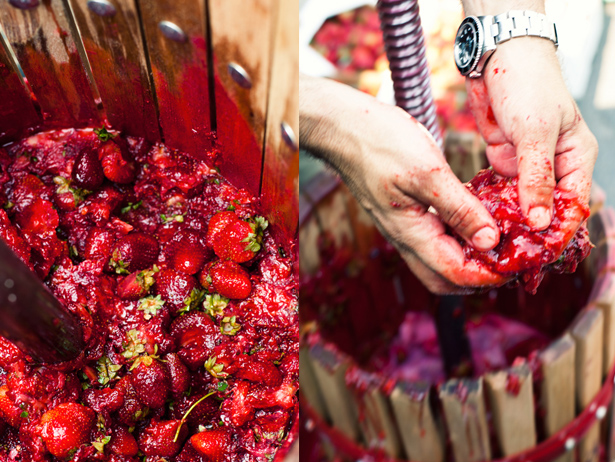 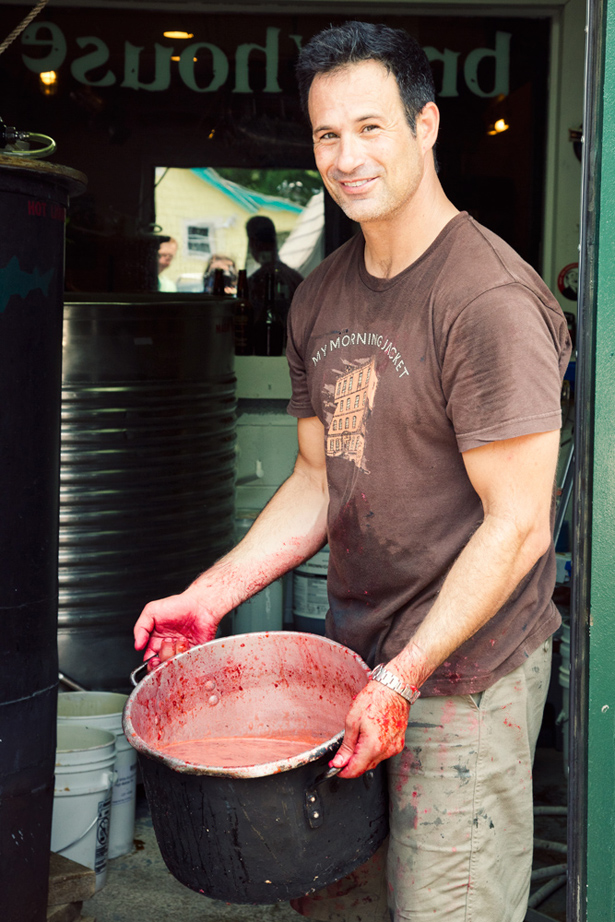 “We mixed sorghum with our filtered water, then set the pump to re-circulate the liquid out of the bottom of our boil kettle and back in through an angled pipe on the tank. This pumping action creates a natural whirlpool effect, which helps to evenly mix the sorghum into the hot water. We then added buckets of fresh squeezed Fifer strawberry juice. The room smelled so good as the mixture came to a boil.” 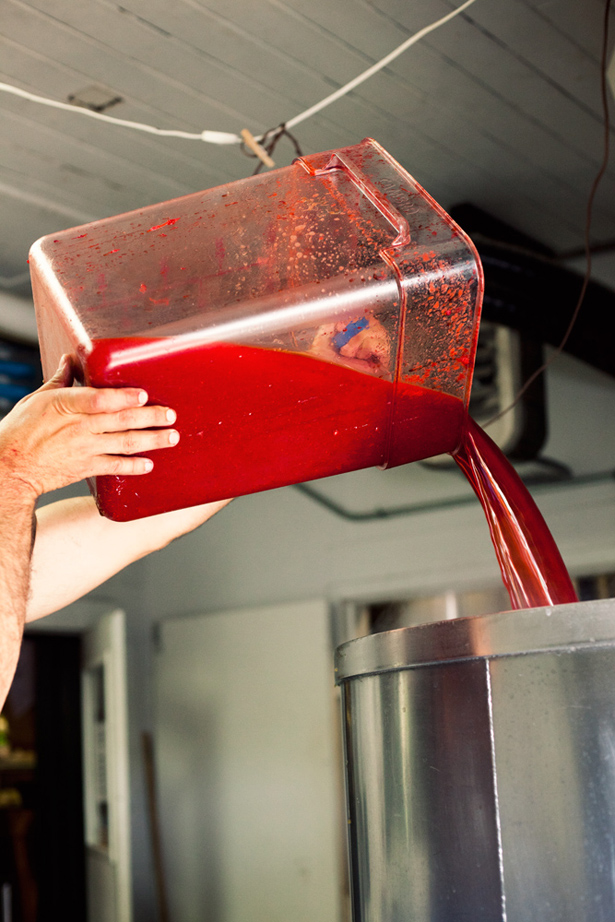 “While strawberries are the focal point of this recipe, the catalyst for its creation is the sorghum. We love chatting with and listening to our Dogfish regulars, and a gluten-free beer is the No. 1 request by far. It seems as if lots of folks who have gluten-tolerance issues are pining for an interesting beer. Sorghum has been used to make beer in Africa for centuries, so we found a sorghum syrup that we really liked: dark, sweet, with notes of molasses and pit-fruit.” 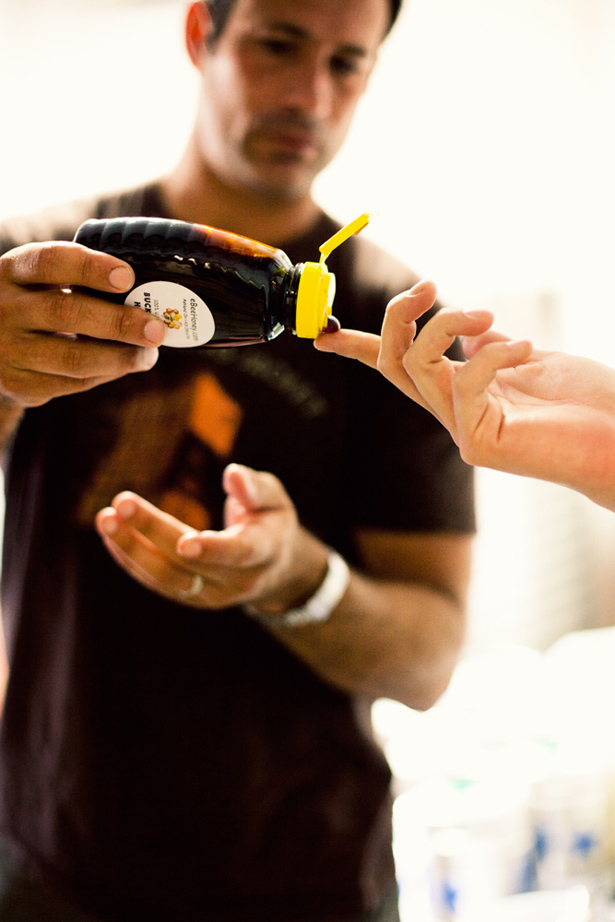 “I thought a lot about which flavors would work well with the sorghum base. This led me first to the strawberries. They worked well together in tests, but as with other gluten-free beers I tried, the flavor was a little dislocated from the malty character of beer. These experiments led us to the final flavor component. We have played with lots of different types of honey at Dogfish, but dark buckwheat honey has a beautiful hay-like, earthy-malty thing that we felt added the final touch to this recipe. So in it goes.” 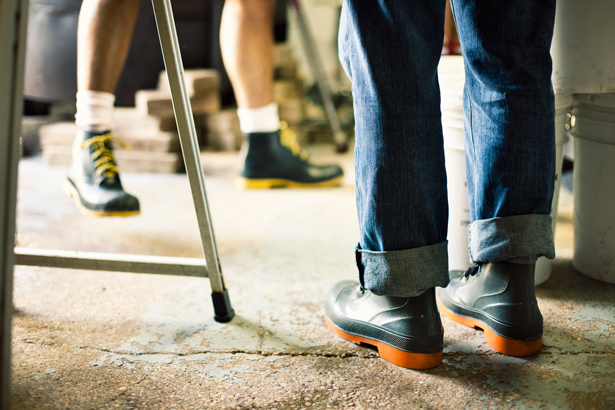 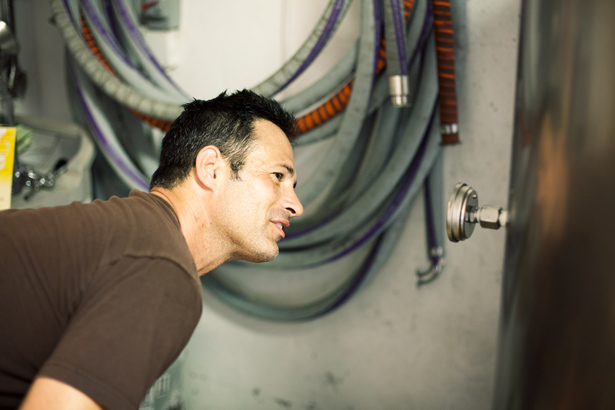 “We shut the lid on the boil kettle and let the concoction simmer a bit. The gas burner roared as the beer bubbled and the fragrant steam filled the air with notes of honey, berries and grain. By boiling the beer in an open-flame kettle, we pick up additional caramel notes from the scorching that occurs on the bottom of the kettle. It smelled like harvest time.” 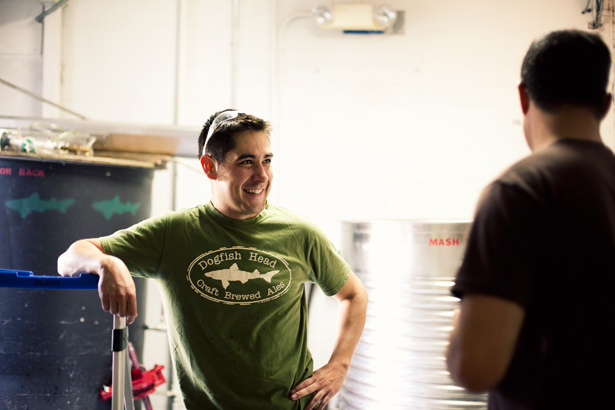 “Like any new experiment at Dogfish, this beer will first be tapped and served in the building where it was made, our brewpub in Rehoboth Beach. But it is headed to our Milton production brewery for national distribution later this year. We decided to call it Tweason’ale because this initial batch was brewed and served during the transition between spring and summer; a beautiful time of year here.”

Back in Milton, DE checking out behind the scenes at the big brew house: 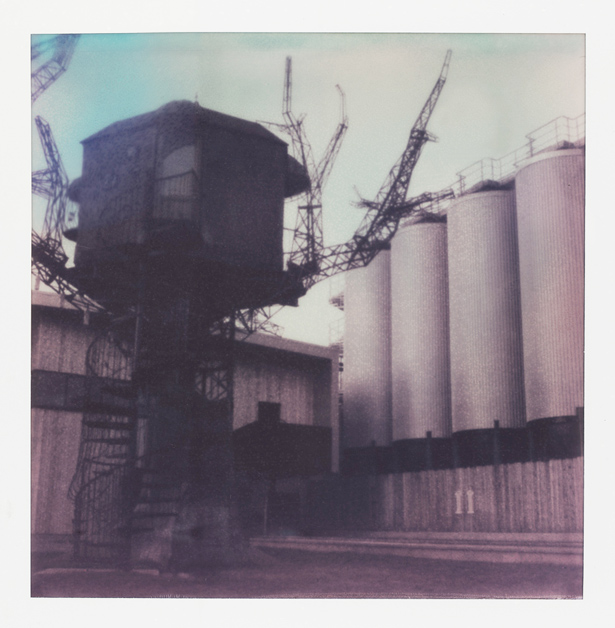 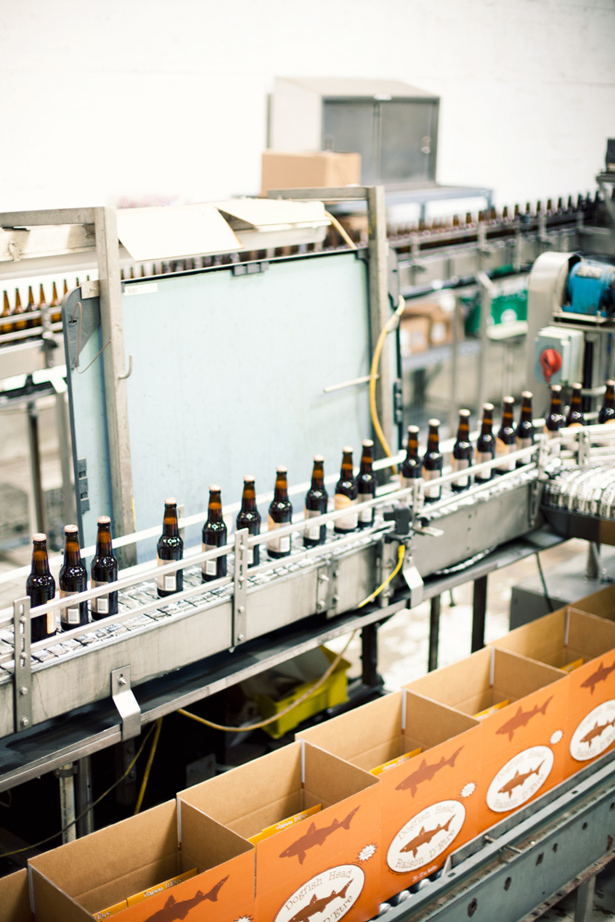 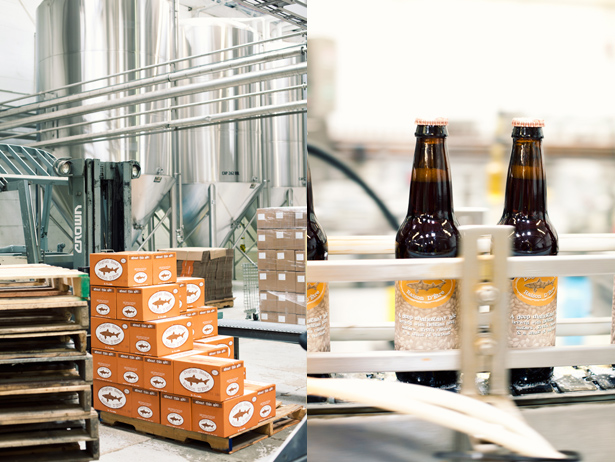 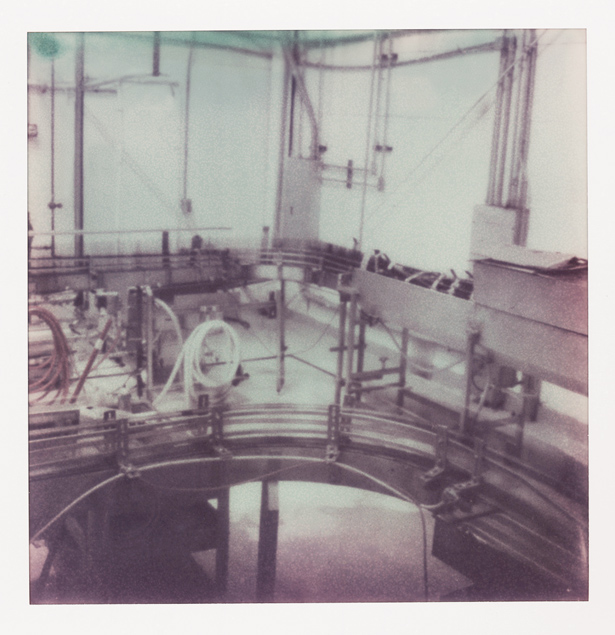 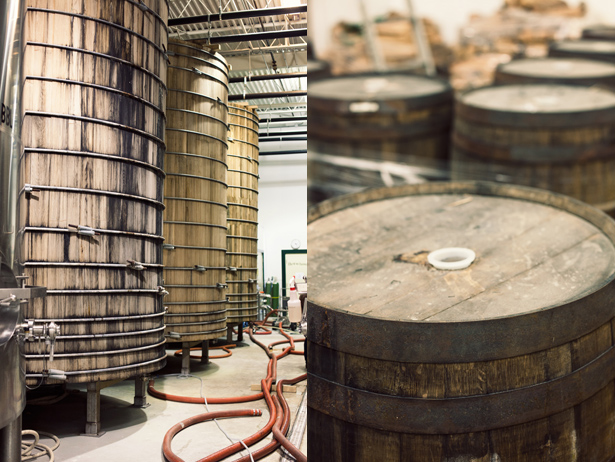 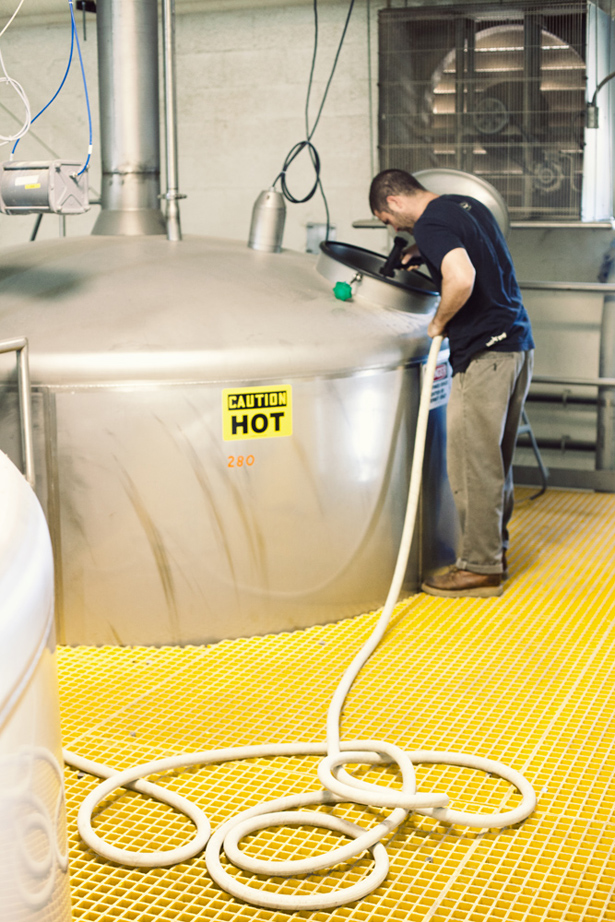 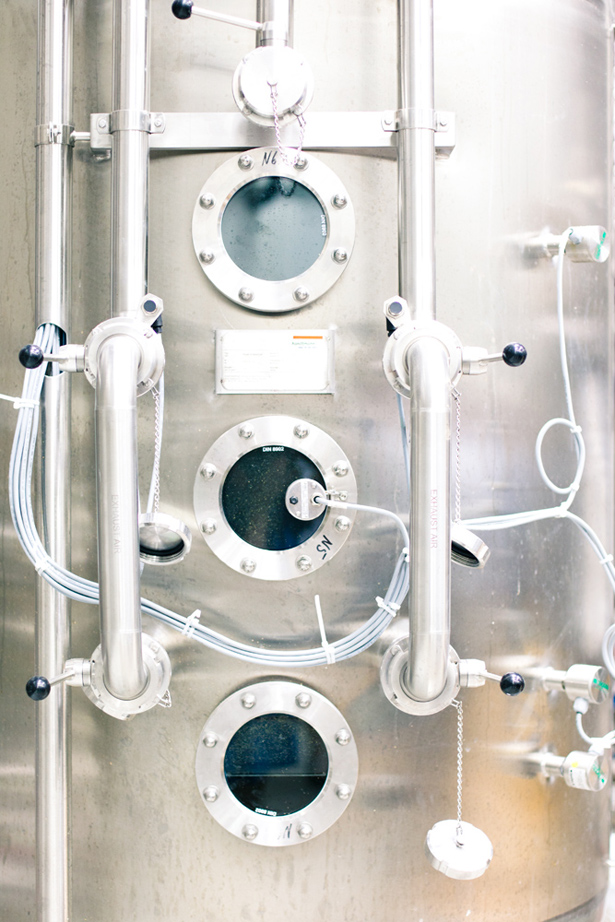 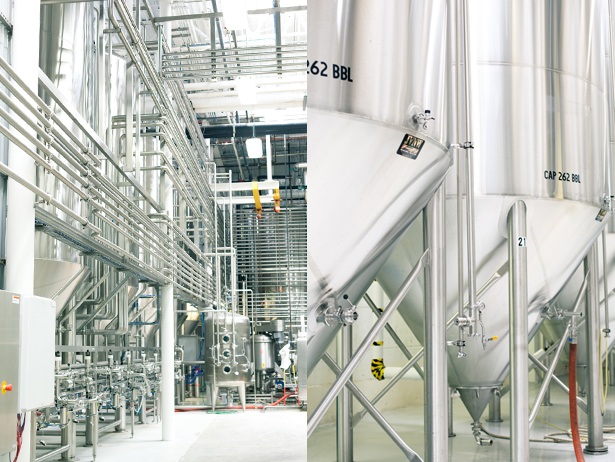 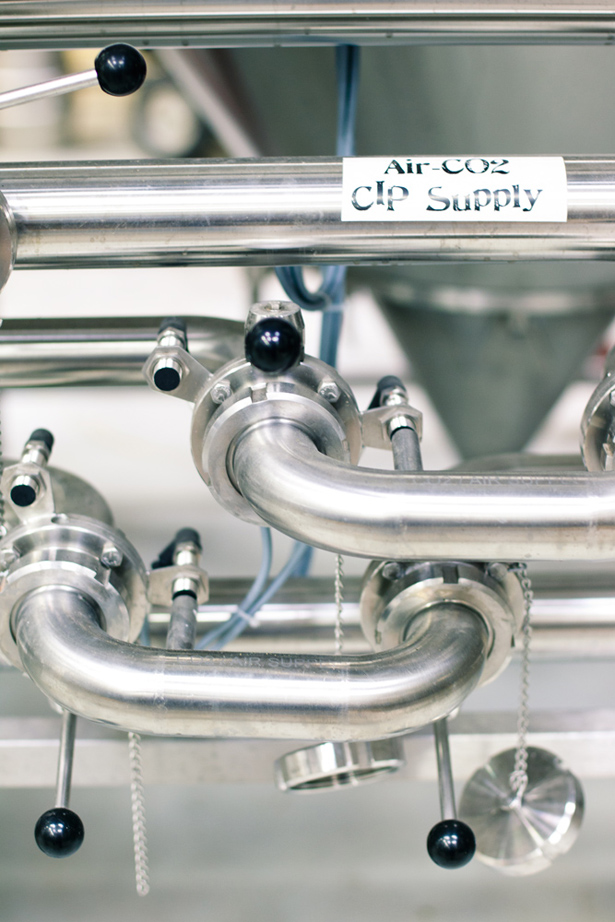 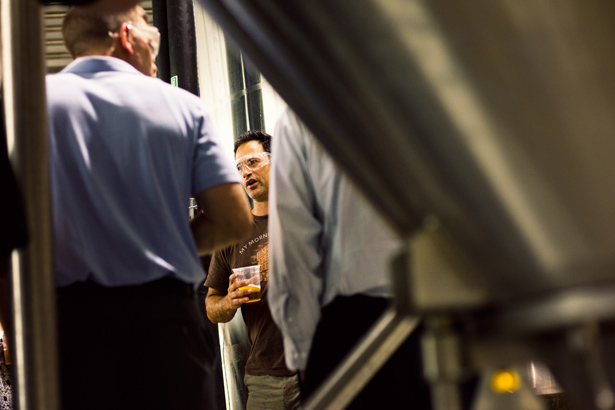 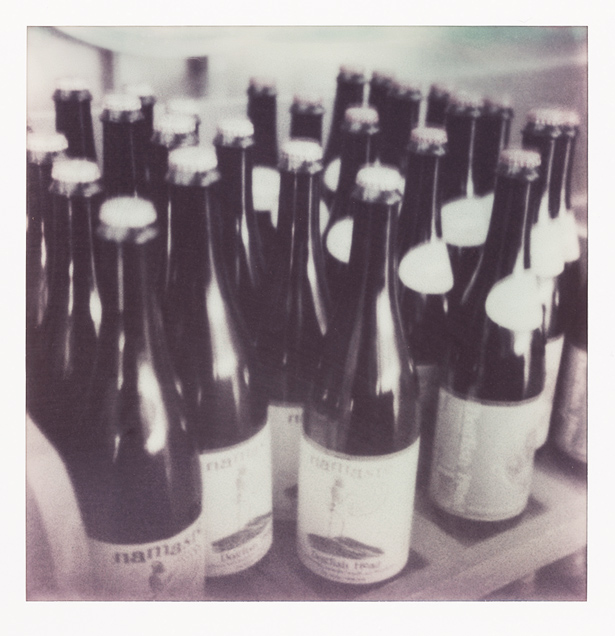 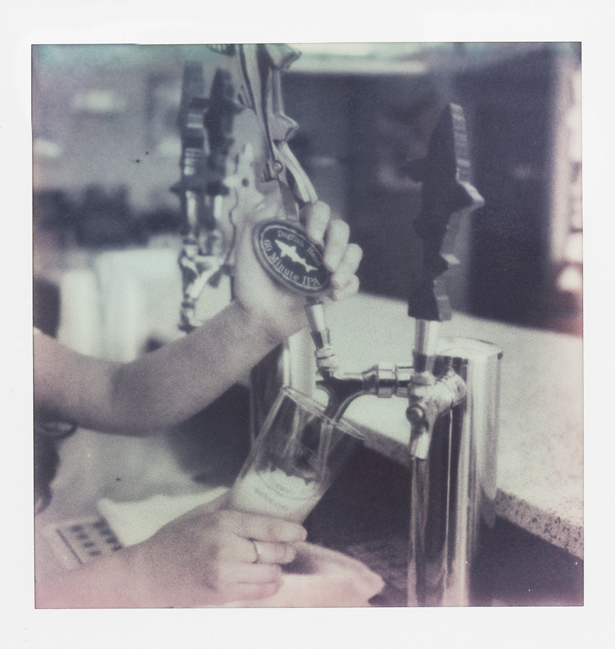 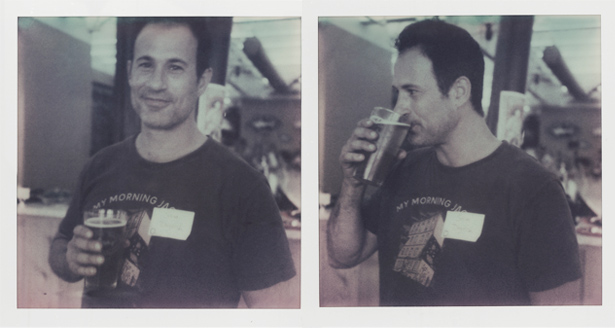 Thank you so much Sam, Mariah, Jon and Connie for letting us go on this adventure with y’all and document just what makes Dogfish so damn good.