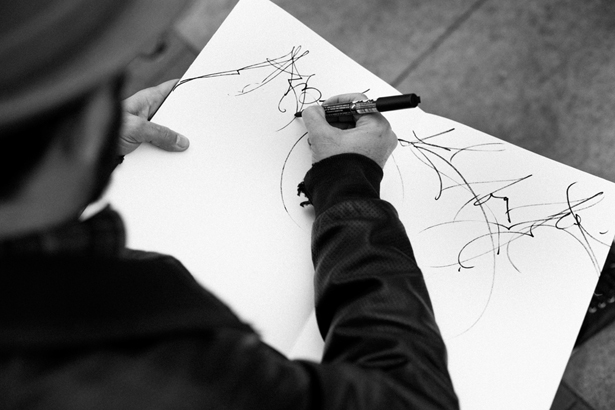 You can’t think about New York City and not think about the incredible history of artists that have defined and redefined art through the ages. This year Kevin and I are cohosting the Brooklyn Artists Ball after-party, so the rest of this week we will be doing studio tours here of a few of the artists, all based in Brooklyn, who are creating special pieces to be on exhibition at each of the guests’ tables for the museum’s annual fundraising event.

José Parlá‘s studio is currently under renovation, so we instead opt to take a walk through Brooklyn’s Fort Greene Park, which sits just outside. It’s one of those typically cold New York spring days as we chat about his Cuban parents, childhood growing up in Florida, and his talent and passion for art which took him to SCAD before he even graduated high school.

He shows us his latest book, Broken Language, where the artist, who is more well known for his calligraphy-meets-street-style mural paintings, has a series of photographs in print. Why photography? I ask him. “It’s a memory record. I take the color, the hand, the textures, and I memorize it and I start making paintings from the palettes. You can look at a photo like a poem, that’s why I chose to do the front of the book with photographs so you can see the palate that is going to inform the rest of the work.” 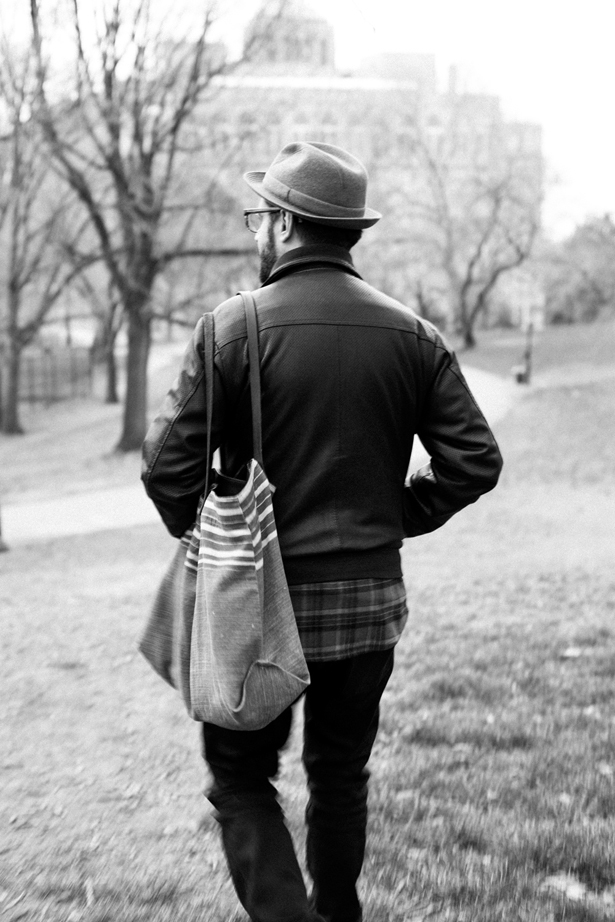 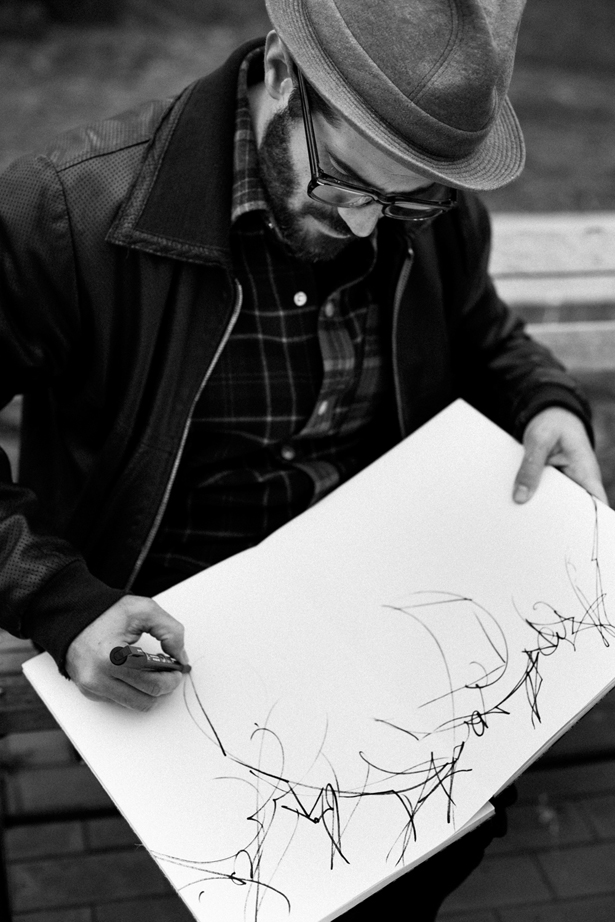 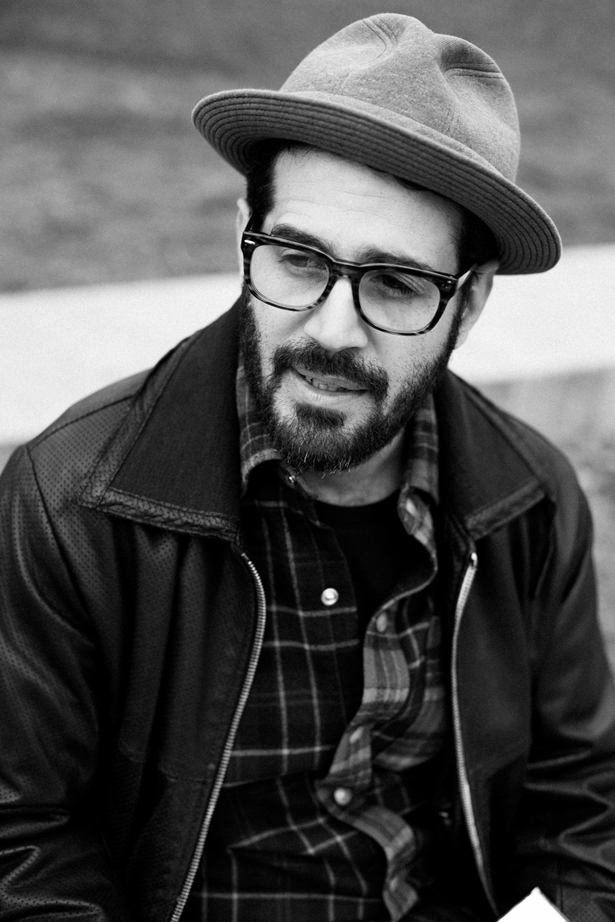 “For most of my life I have experienced being in transition and migration. This feeling allows me to bring the broken languages of the global community and its conditions into the gallery.  My work is an empire of fragmented cacophonies, observed  performances, palimpsestic musical gestures, and topographical compositions governing the essence of the cities I’ve travelled through.” 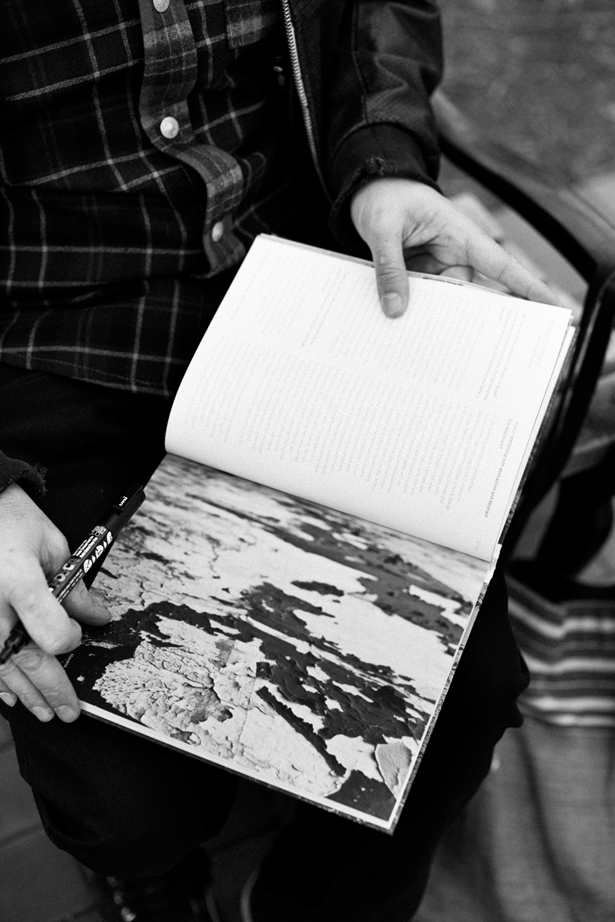 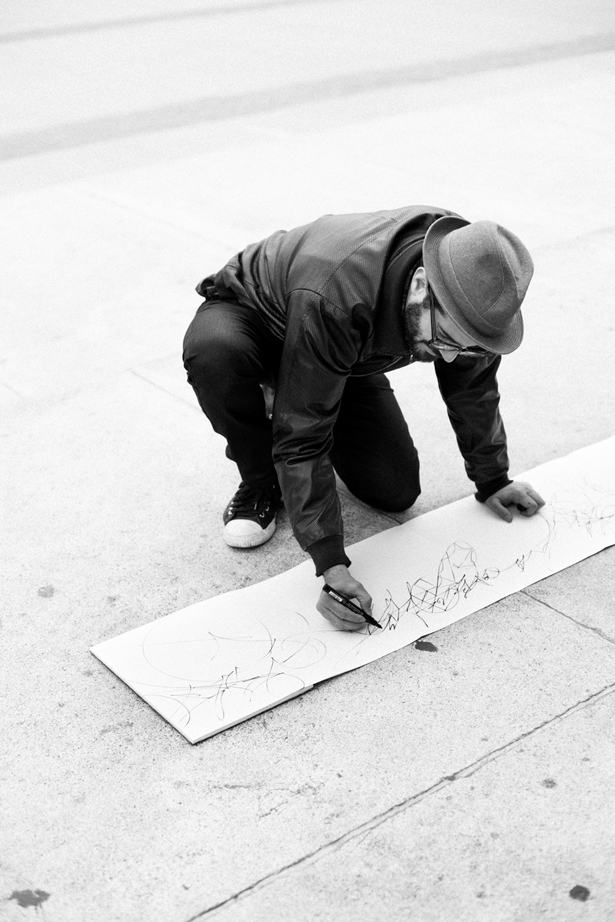 He begins to sketch for us an idea he has been working out. Today it is a very poetic nod to Brooklyn. He needs more space. He unfolds the Chinese calligraphy paper out under the Martyr’s Monument, the monument on which he stood on 9/11 and watched the towers fall next to his fellow New Yorkers. When he tells me this, he looks out over the city and is quiet for a minute. His Latin-Caribbean accent rests and I can tell he is remembering. Memory is a great theme in José’s work, whether it’s a painting about all the people who have come into his life or a bridge made of names of the places he has traveled. He refers to his paintings as “memory documents”. 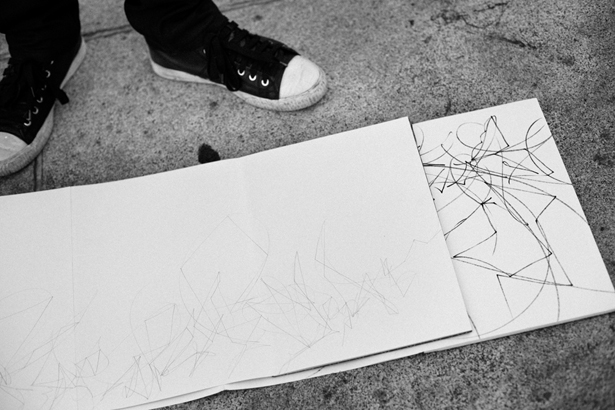 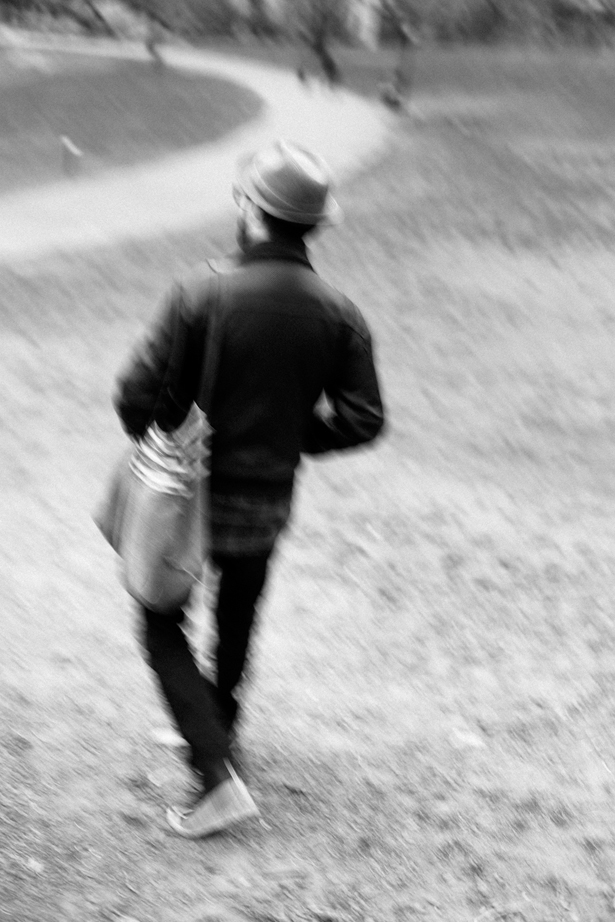 We pack up. I am in awe of his ability to talk about his work, themes, and ideas. It is almost as if José is a piece of performance art, as if one day he will melt into his paintings and we will see him in the peeling paint on Cuban walls and we will remember. 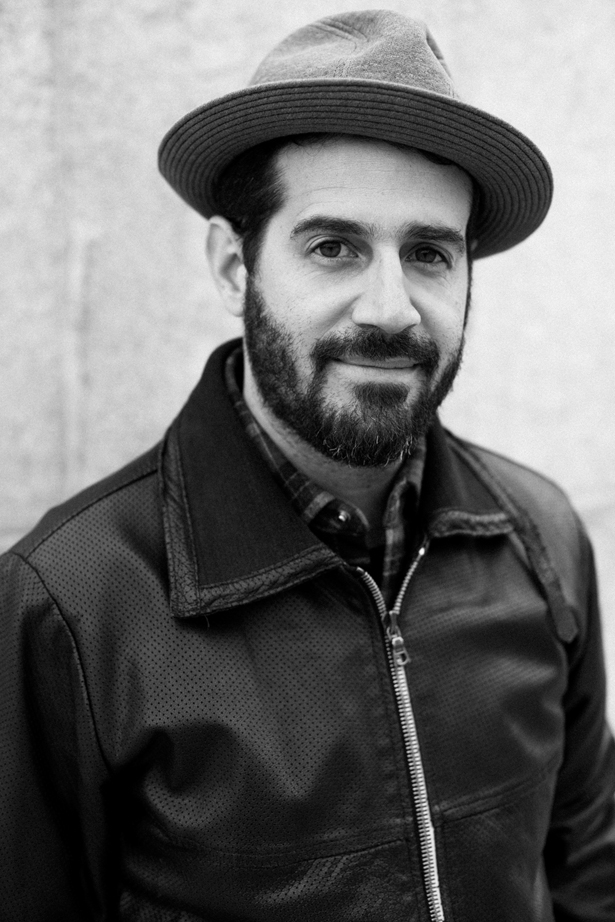 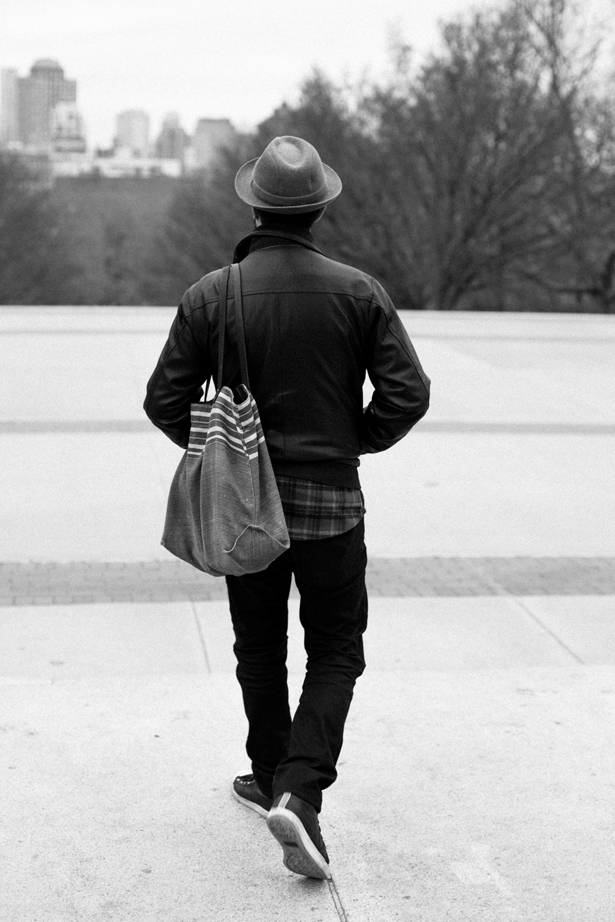 Come see all of us at the Brooklyn Artists After Party! You can purchase tickets here!