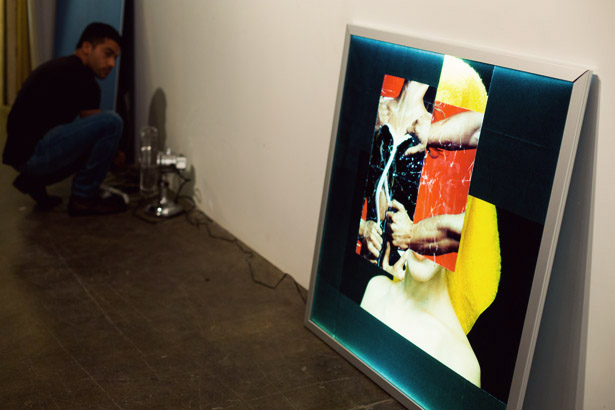 Today starts a new series, one where we had the opportunity to tag along with art buyer and lifestyle consultant extraordinaire Maria Brito for six different tours of artists’ studios. Our first tour landed us in the Brooklyn Navy Yard with the charming Ramon Vega…

“My work is primarily collage-based,”  he told us. But this is no mere magazine cut-and-paste. By cropping and taping off images, Ramon takes a work you thought you knew and transforms it. It’s incredible how something so standard – advertisements, sports images, magazine covers – can become something so different when information is blocked. This is Ramon’s art: making us create a new interpretation with the information he leaves available to us.

We talked to Ramon about his process, his goals, and what he considers important as he makes his art… 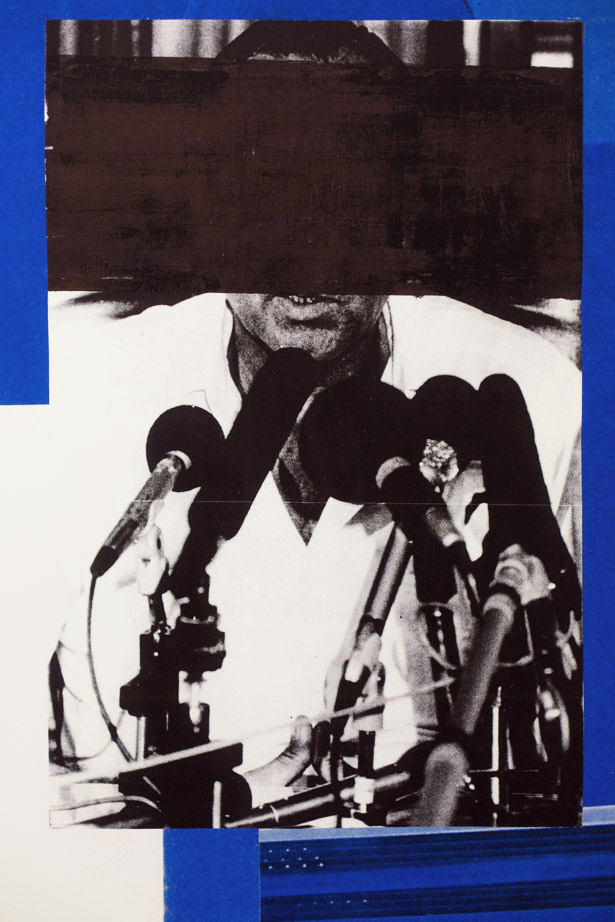 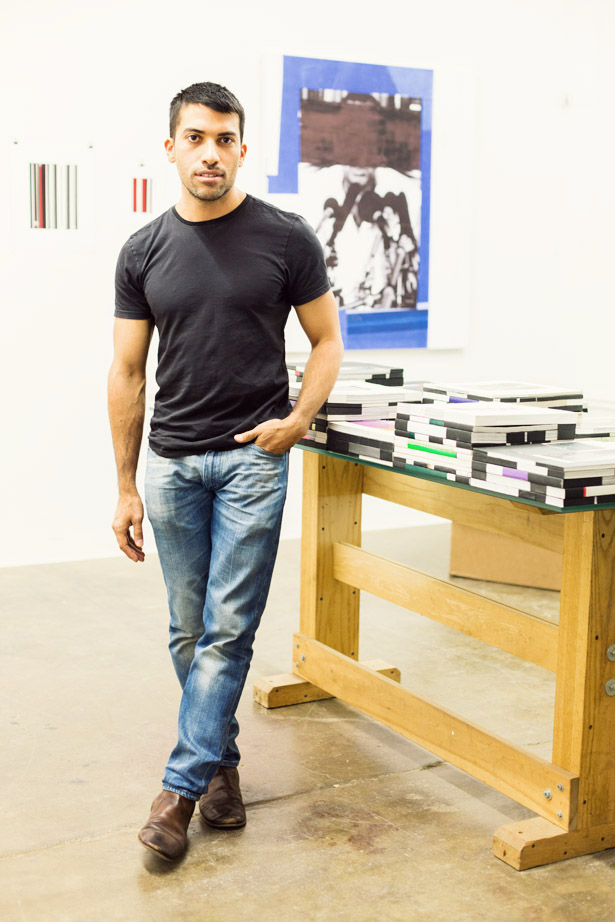 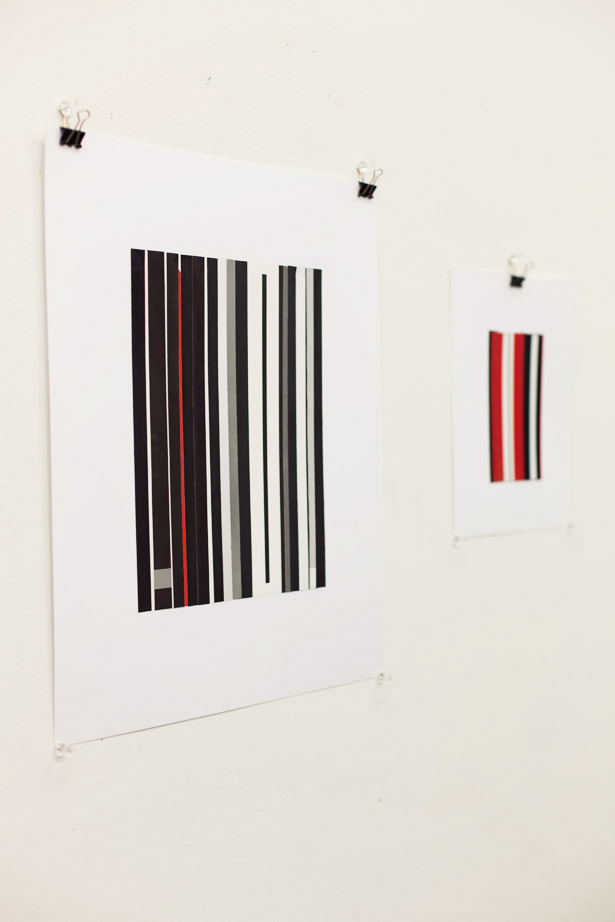 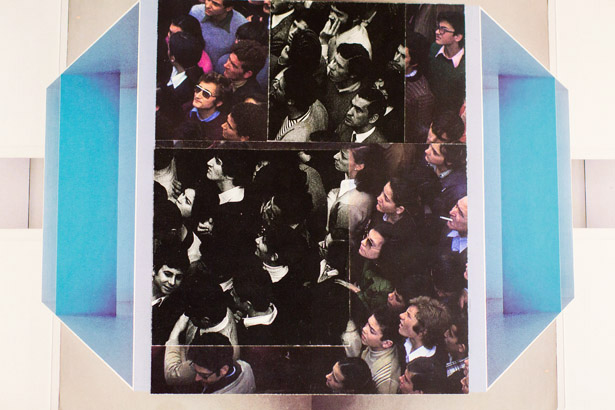 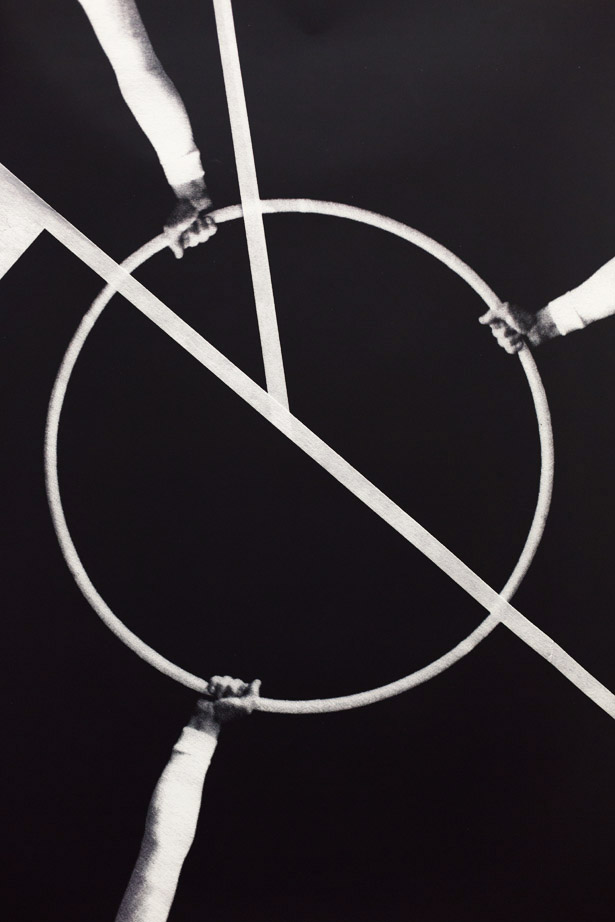 On the piece above:

I went to Kinko’s and I photocopied the photograph, made these black and white photos and laid them down on the table, and then started to photograph them and sort of unite the rings from the three separate photos. It became kind of nationalistic in its nature, this joining of these rings, trying to achieve this perfection, but then it was fractured by the lines that cut across. 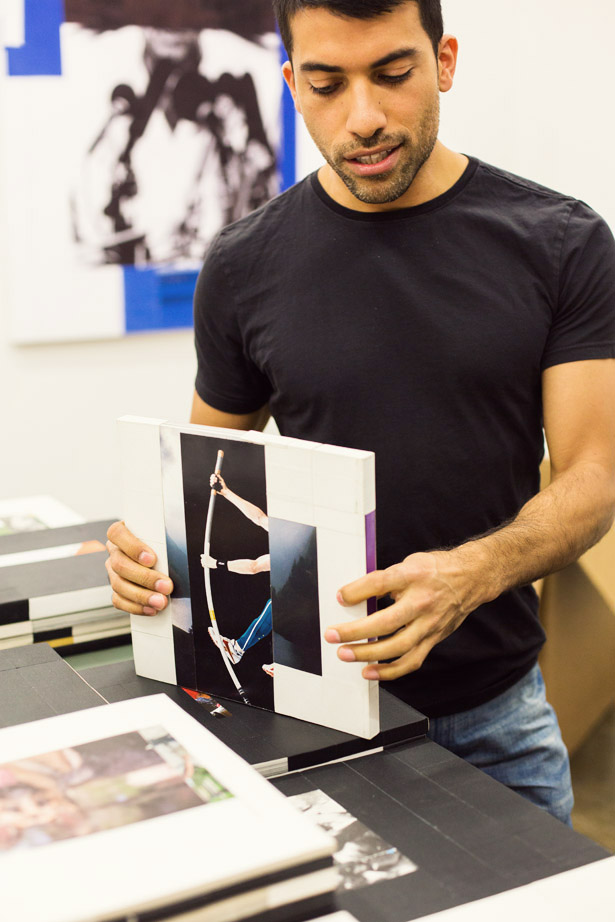 On taping off magazines in a mixed-media sculpture:

This project really started off as a process of sealing and erasing all the identifiable information on the covers of magazines, and then taking photographer’s tape and sealing them, so that the actual function of the magazine was called into question. You no longer had access to the information, and through the process of taping off the information, then, new images were generated because there were different croppings that would happen, so it was like, if you think bout an editing process where things get edited out and other things are prioritized…so in a way I’m designating what information I want to expose and what I want to deny the viewer from experiencing. 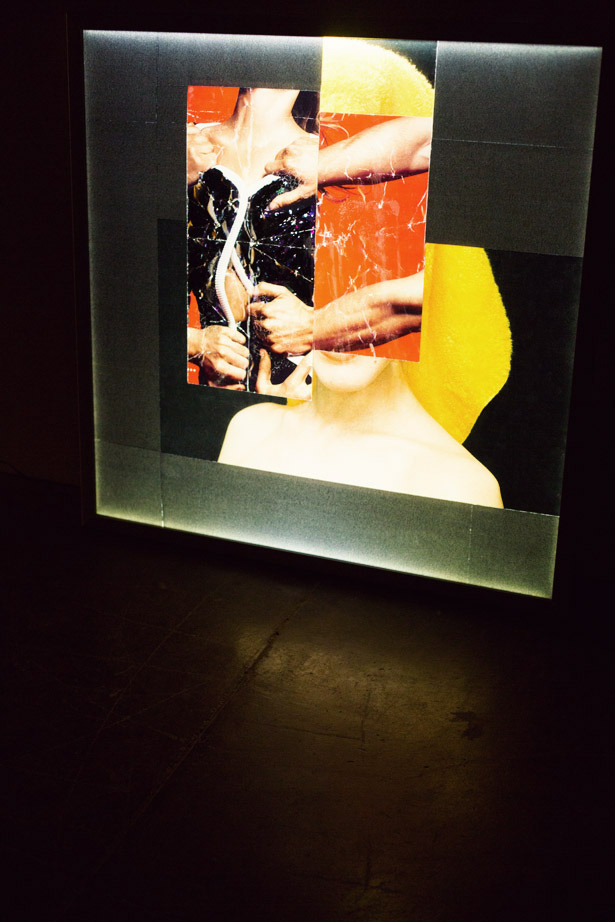 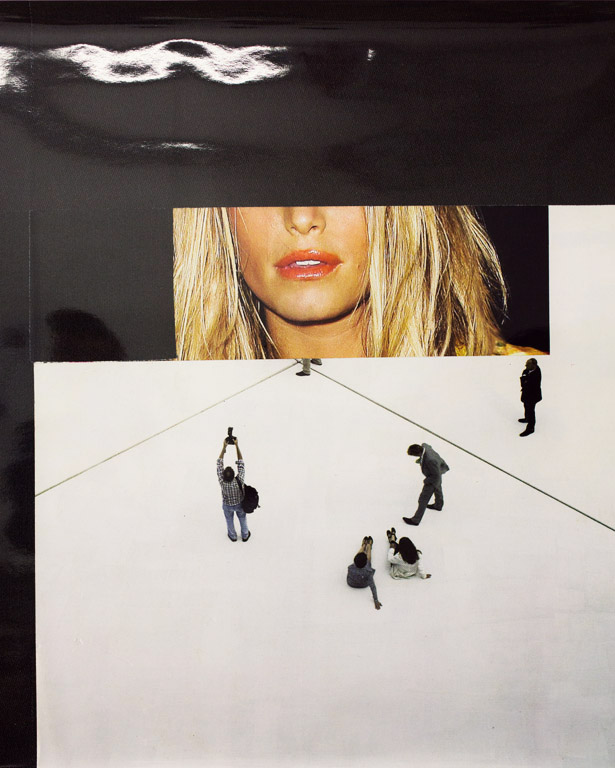 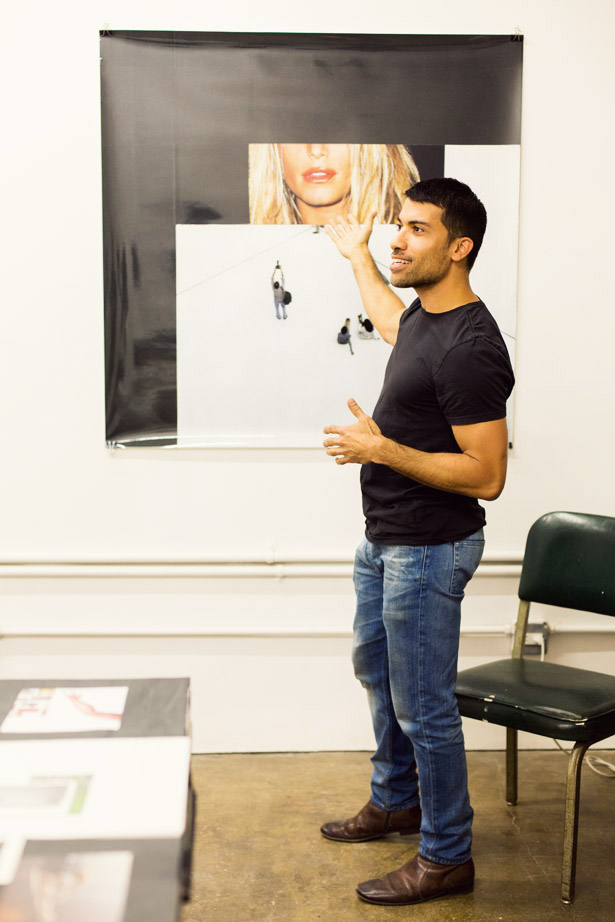 Where he finds his images:

I work from appropriated images, historically. I develop my own archives, and then from those archives, then I make larger compositions. I usually go to the New York Public Library, through their picture collection. I collect a lot of my images that way…I never really use Google Image Search, or AP Graphics. I find that going back and kind of physically looking through the archives and finding images is really important to my craft…there’s something about the tactile that’s important in the work. Even though the work, after these are made, they go through all these sort of filters to become C-Prints, ink jets, or the physical collage, I still want that connection. 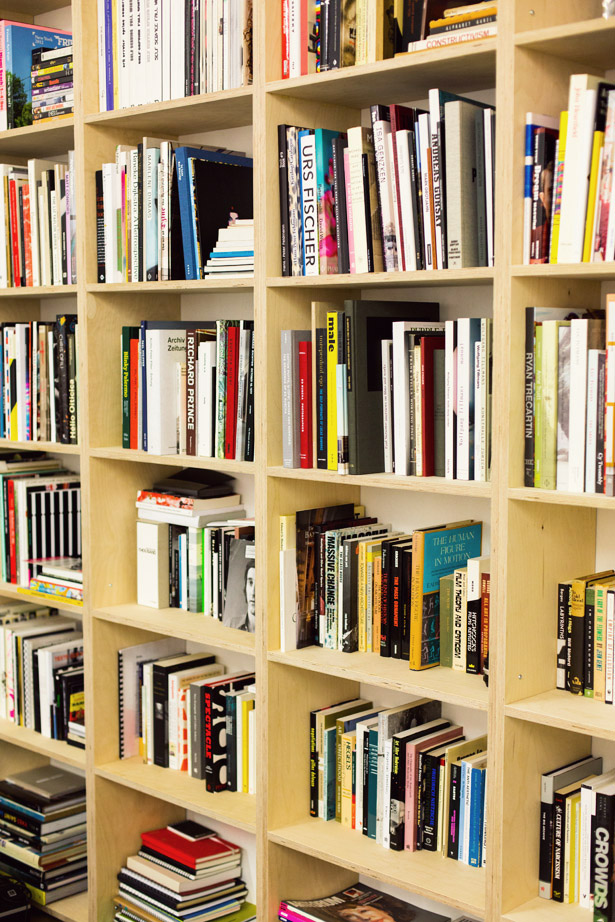 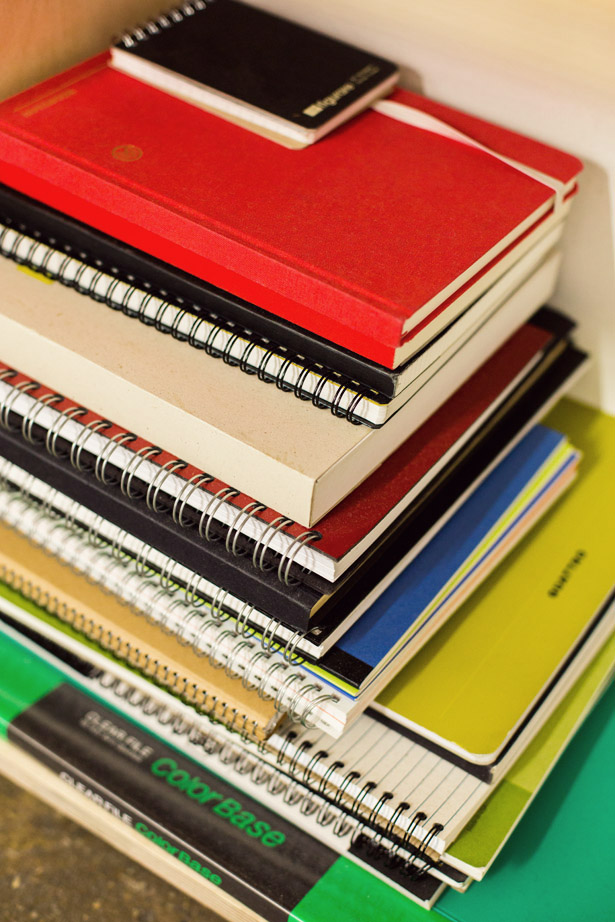 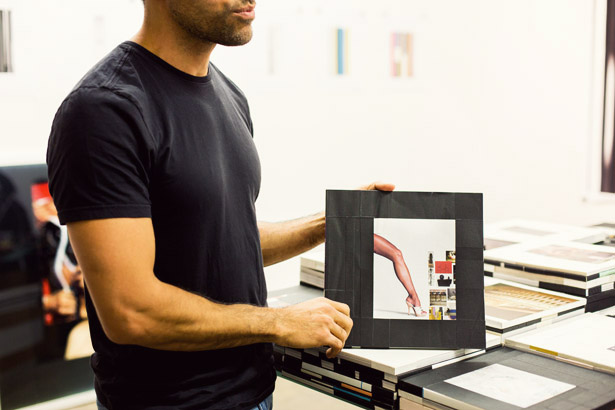 On the goal of his work:

You don’t have access to the information anymore. So there’s a denial of an experience, but the prioritizing of another one. 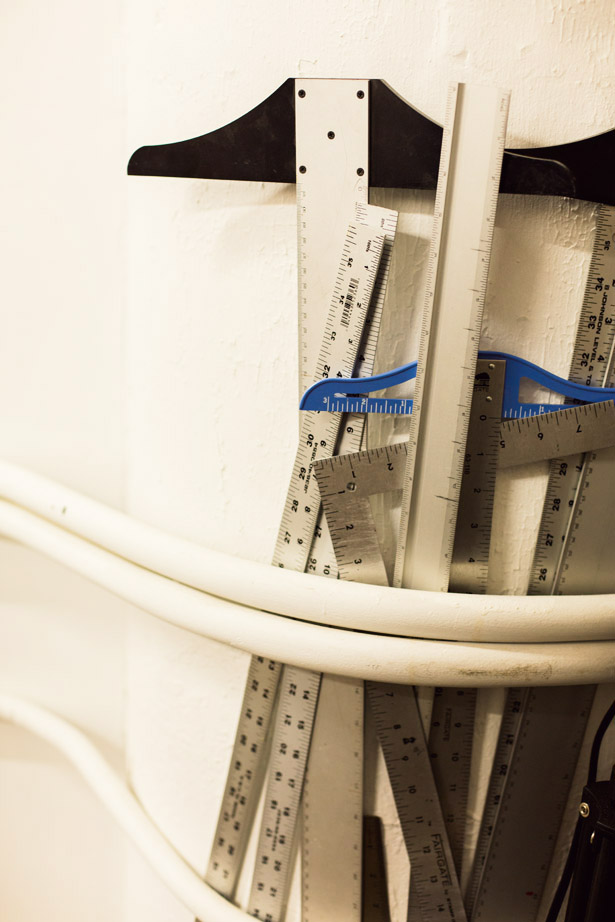 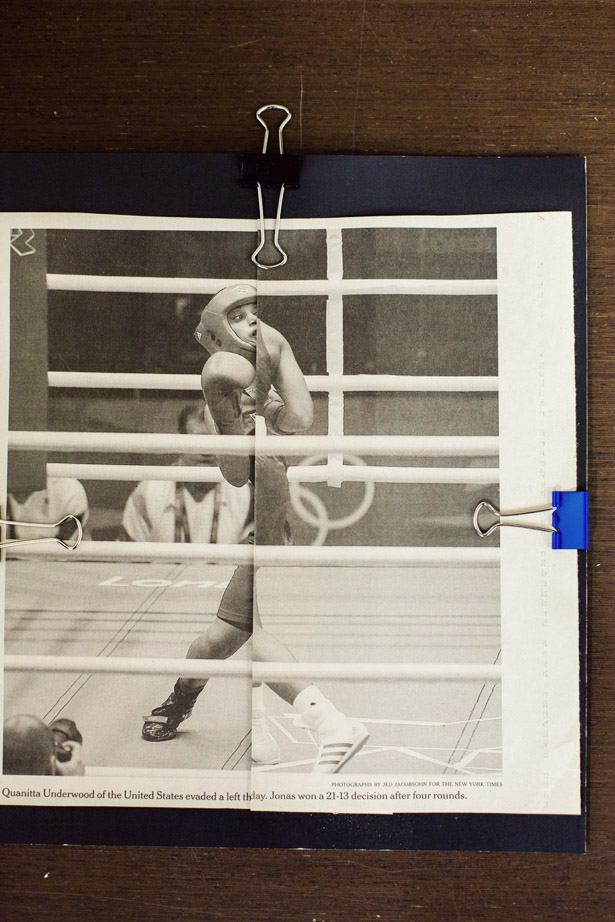 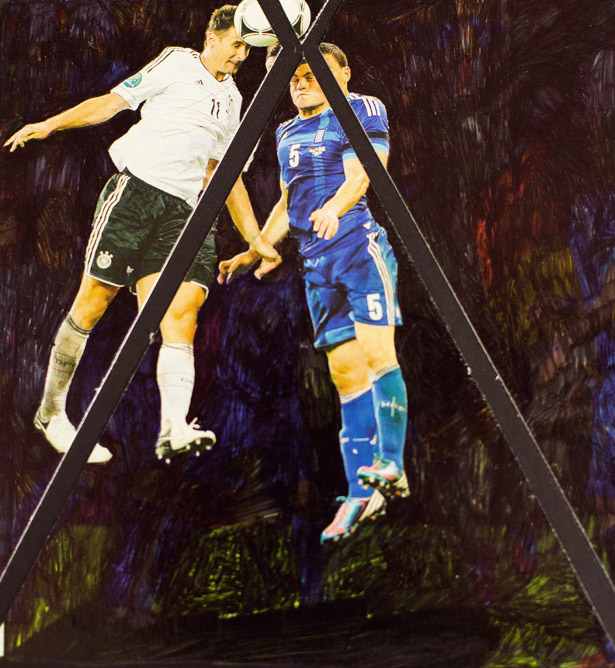 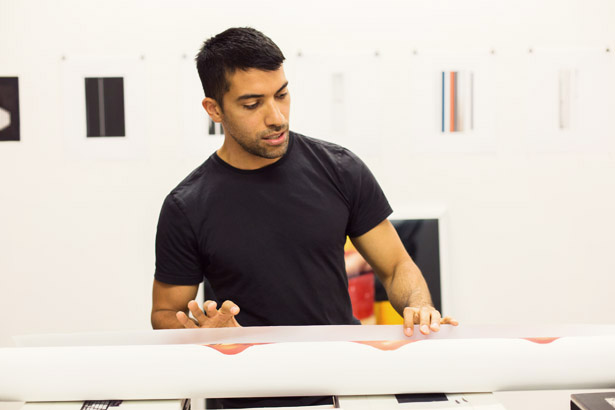 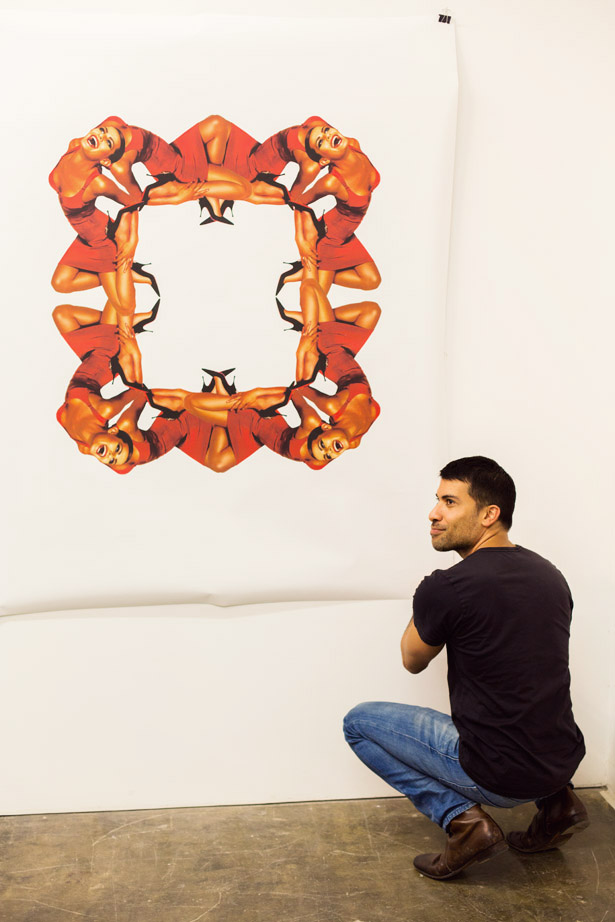 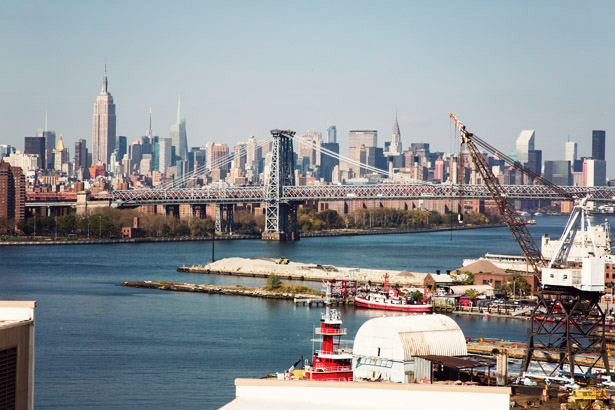 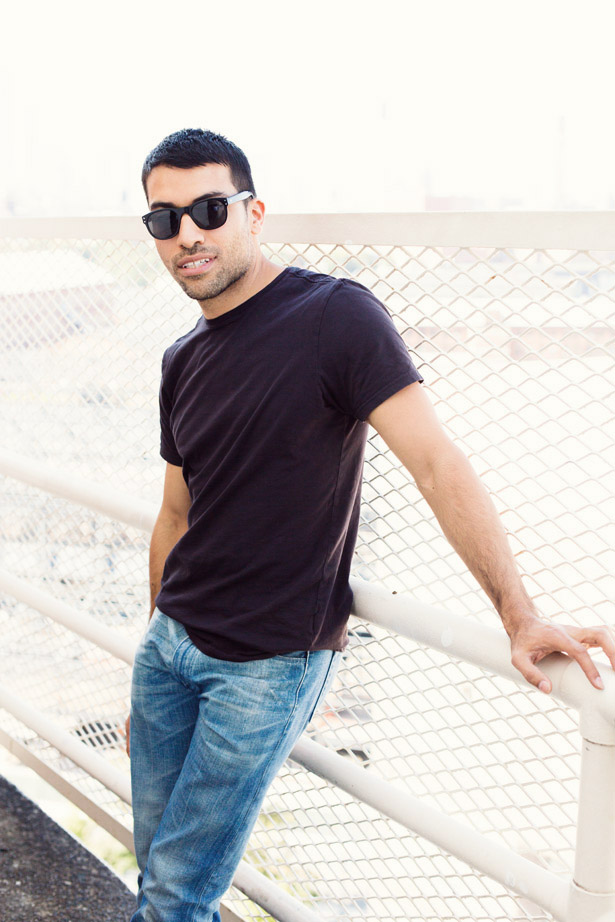