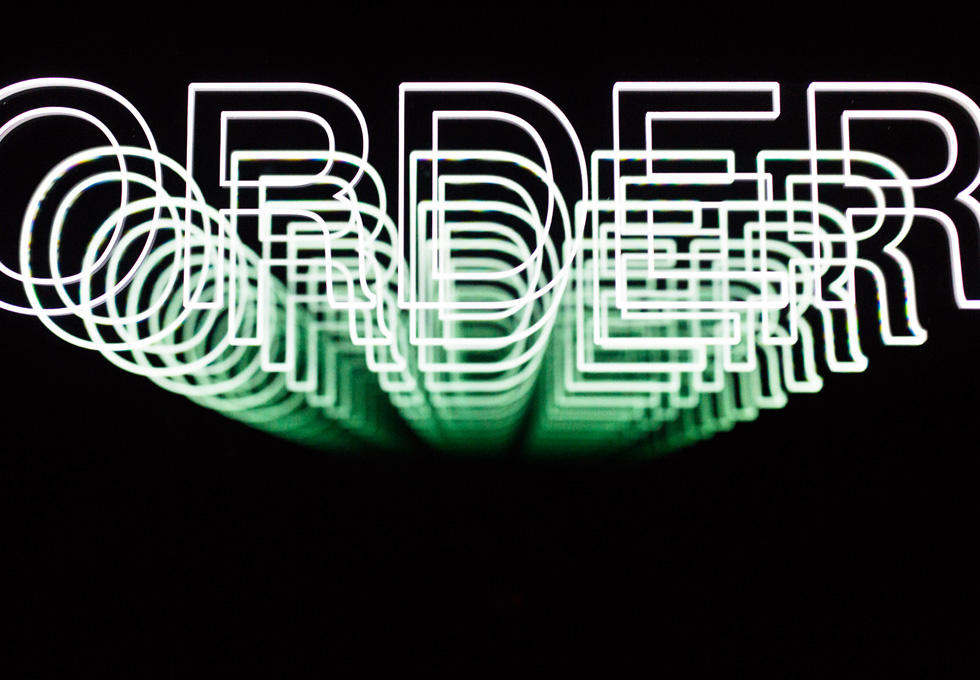 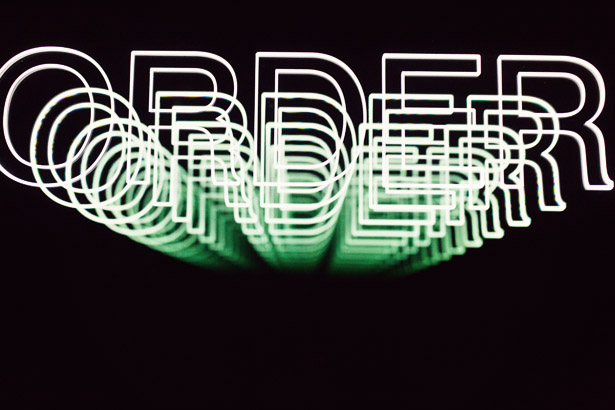 Our studio tours continue with art buyer and lifestyle consultant extraordinaire Maria Brito, who is a personal fan of today’s artist, Ivan Navarro…

Ivan’s work has many layers to it – not only via the optical illusions of mirrors and lights, but in his intentions and the motivation behind his materials. Ivan started to use electricity for his art simply “because it was a very available material in any space, through outlets. There was this literalism, this source of power. So I started making sculptures that would depend on this source.”

Since then, his work has explored electricity in various creative and intellectual ways and has been shown around the world. We were able to walk through his multi-leveled studio and talk to him about the intention behind certain pieces, his other job as a record label owner, and the beginnings of his art with electricity… 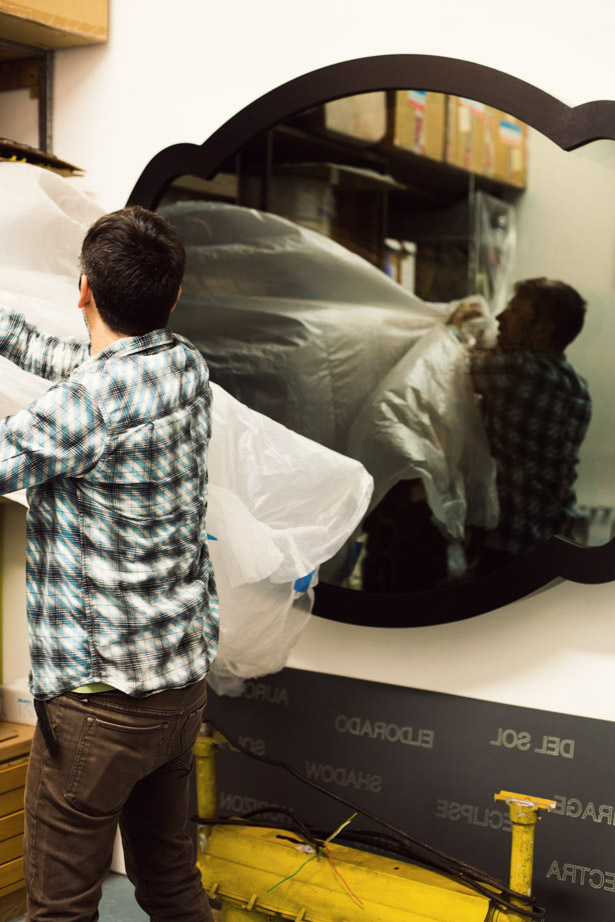 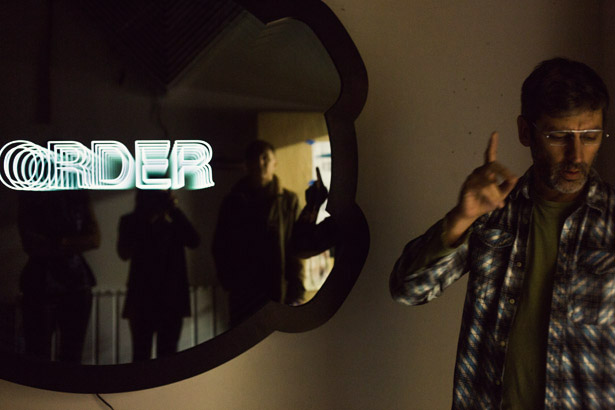 On his series of mirror and word pieces:

I started developing this kind of idea of fictional depth in very shallow pieces, in very thin sculptures. These…are only five inches deep, but they create this very endless space, just by combining two pieces of mirror. 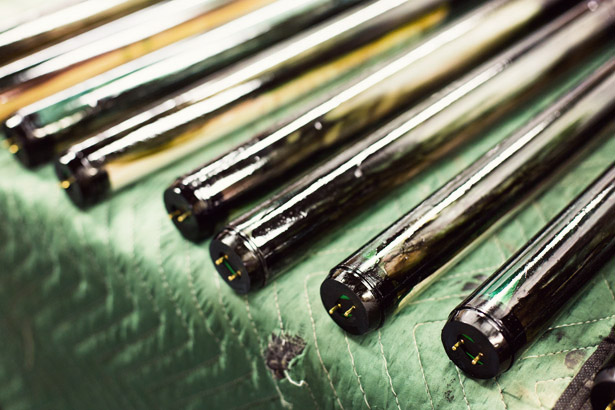 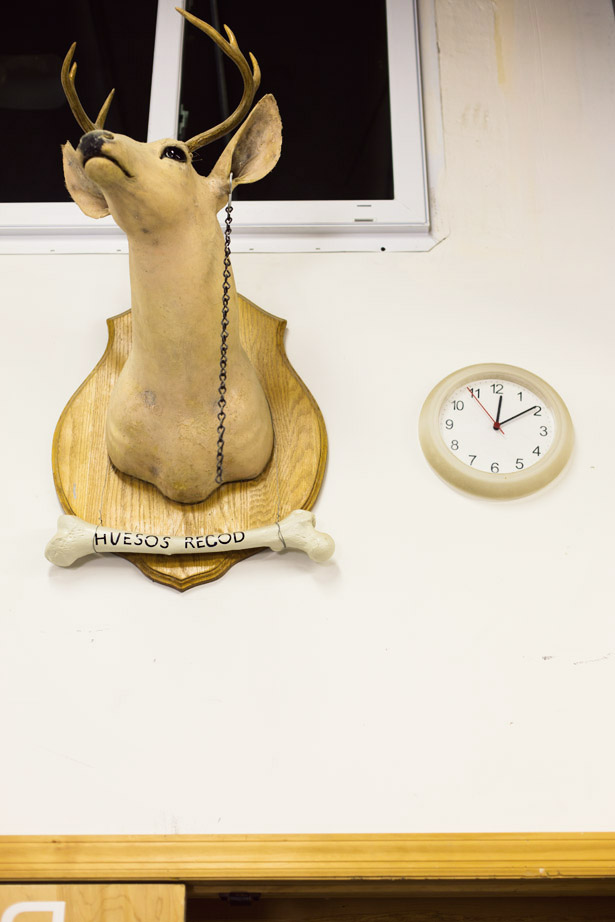 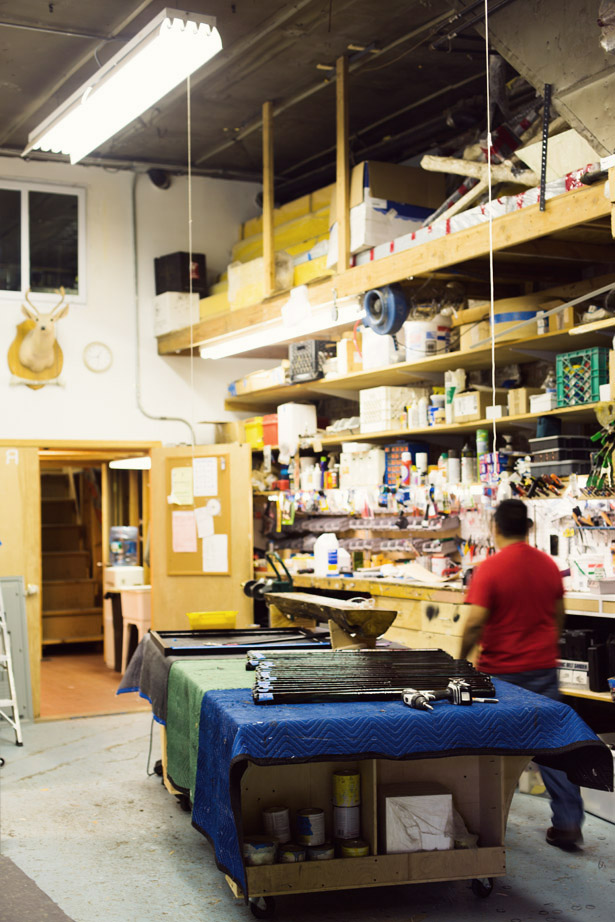 When I lived in Chile, during the mid-nineties, the dictatorship just ended only five years before. So in those five years still there was no place for young artists to show their work. My group of friends were always discussing what will be the way to make art in this context when there aren’t any institutions to show art, and my idea was to make pieces that can be used in ordinary places like living rooms or lobbies of hotels or whatever places that weren’t fine-art spaces as furniture but at the same time understood as sculptures. So they could use a space that wasn’t officially for contemporary art. 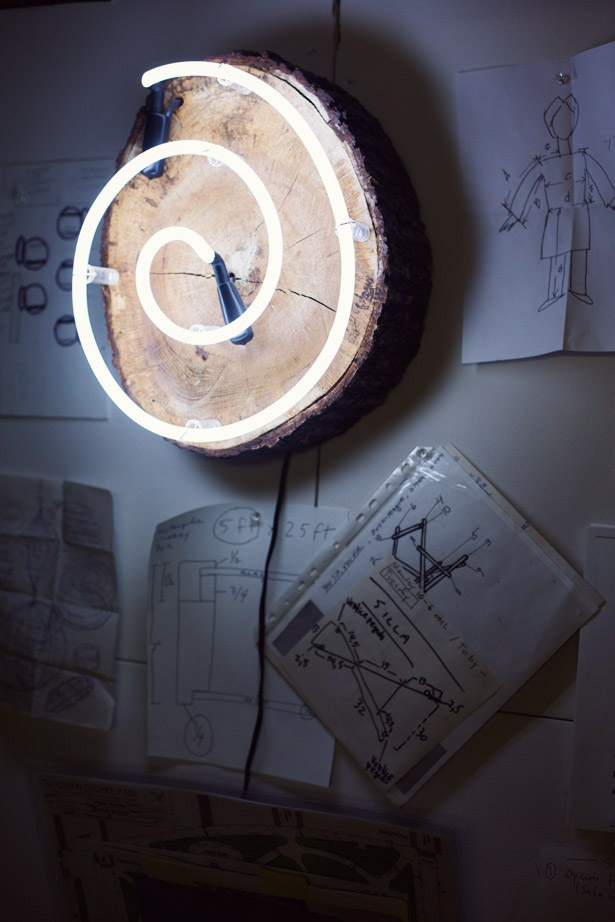 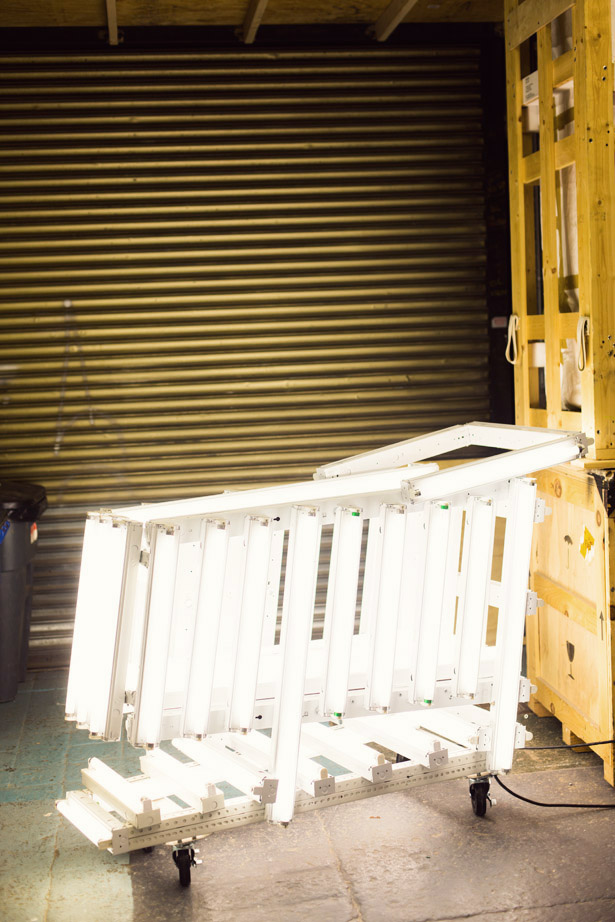 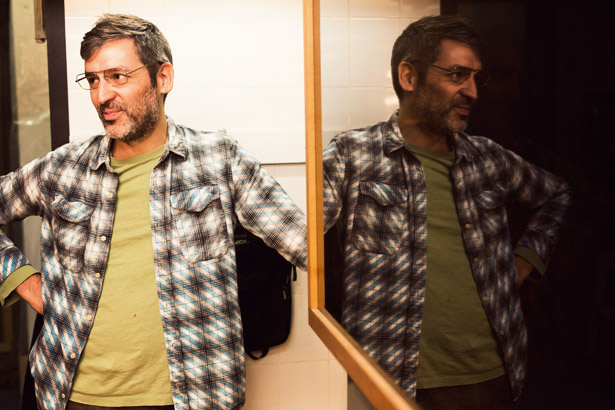 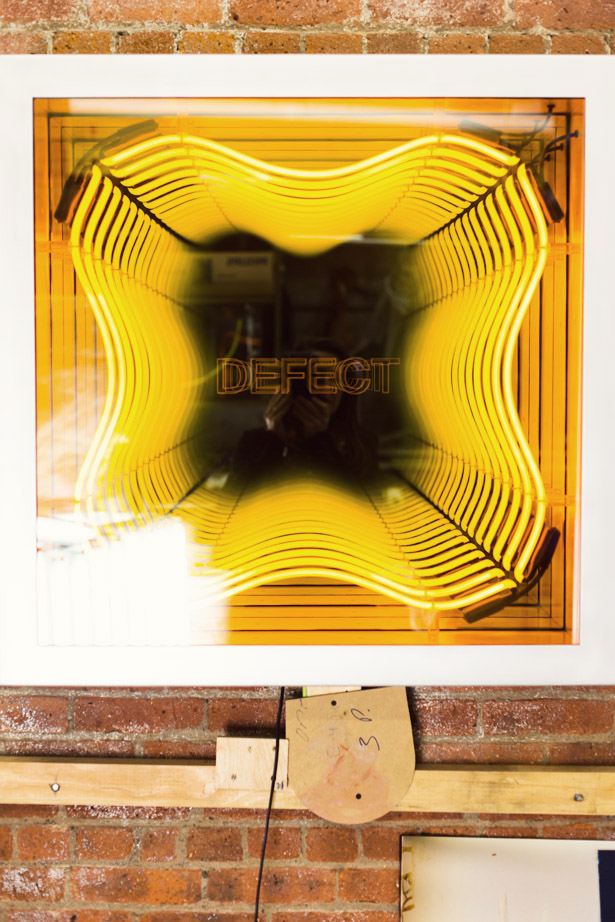 On the mirror and word pieces: 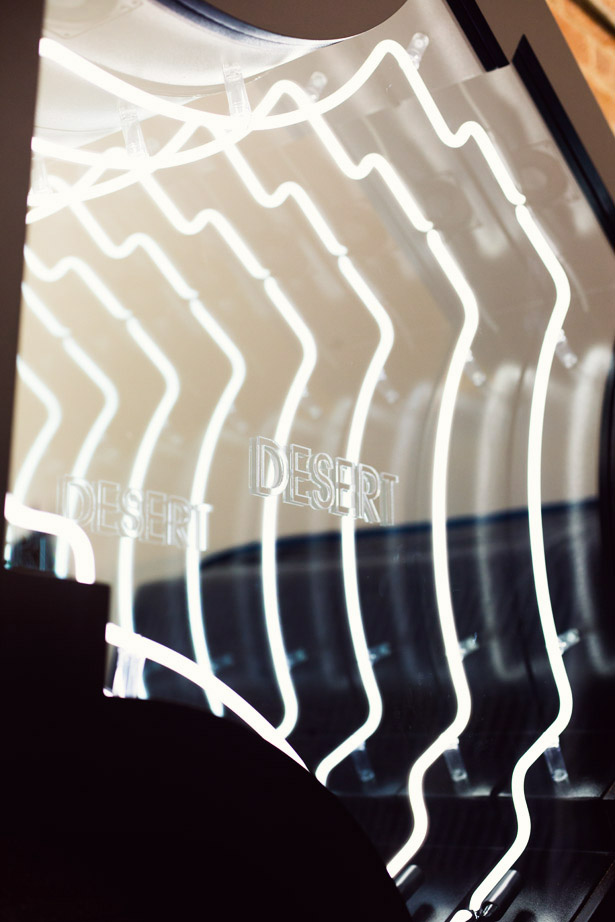 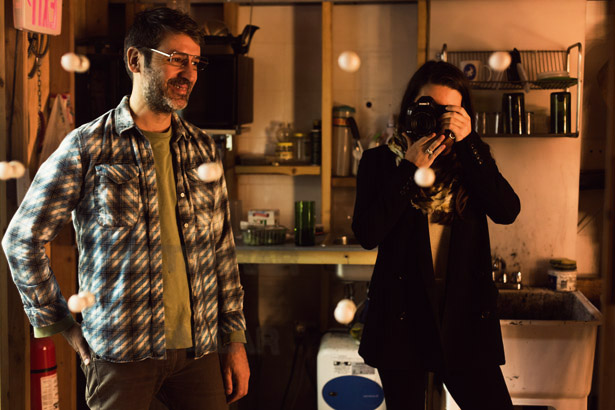 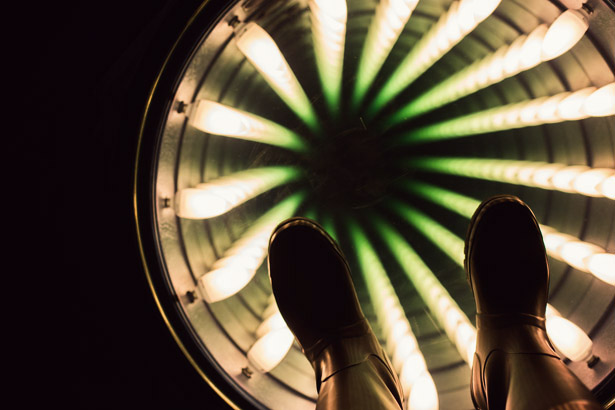 On the piece “Man Hole”:

The difference with this piece is that you can step up on it.

(Both Kevin and I were amazed when we stepped foot onto the piece…it felt like you could fall right through into a whole other world!) 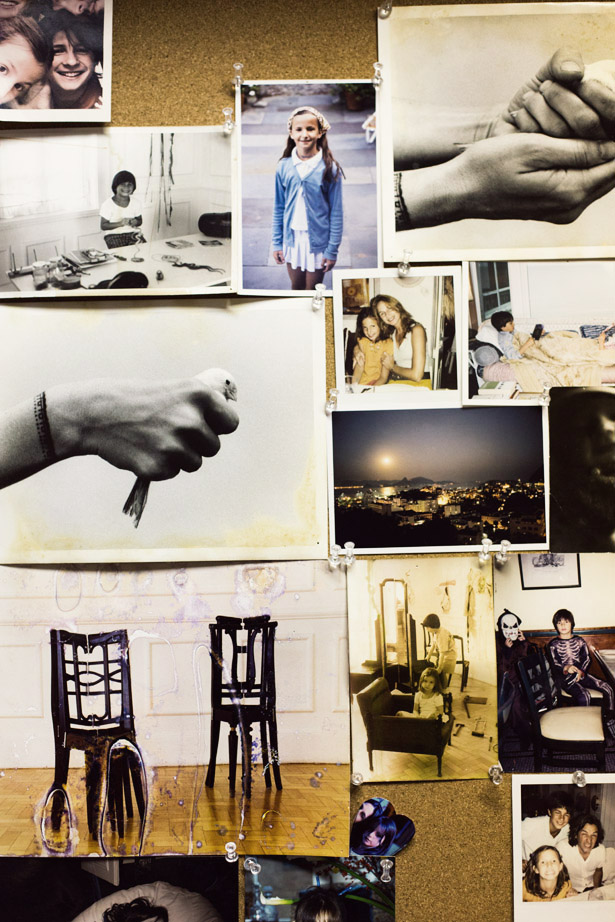 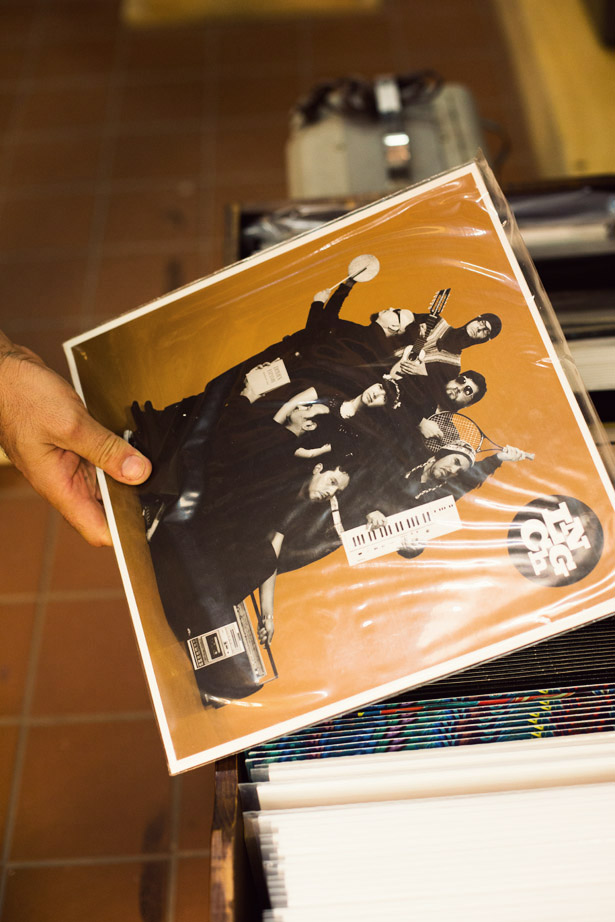 On the creation of his record label, Hueso Records:

When I was making videos, I started collaborating with musicians, because I got interested in using music as a way of giving some kind of content to the images in the videos. But I realized that their music work is so complicated in copyright…in order to sell the video, you also have to work it out with the musician, because you’re selling the song at the same time, you know?

In order to make things completely clean and correct, I started my own record label…and then I became interested in releasing vinyls – just as music – and then it got completely separated from my work, and I became a publisher. 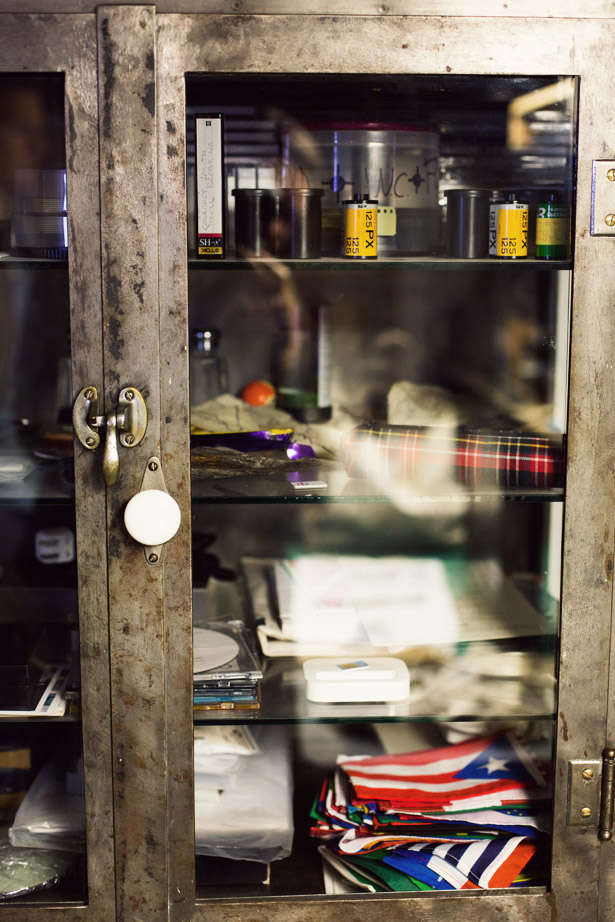 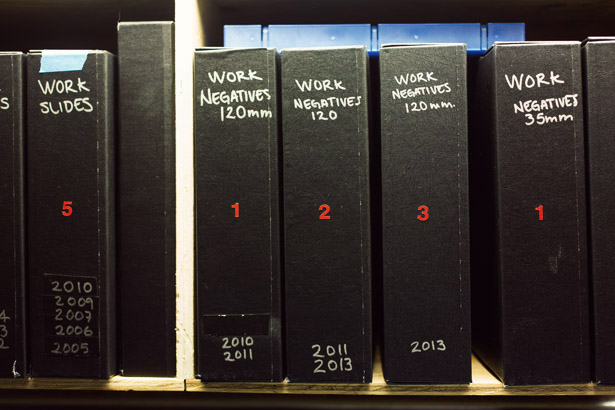 On Dan Flavin’s influence and the difference between their work in electricity:

I thought, maybe I could give a different content to the use of electric materials…not just the idea of industrialization or mass production that I related to in the work of Dan Flavin. I had an interest about other social events that could be related to the use of the same materials. 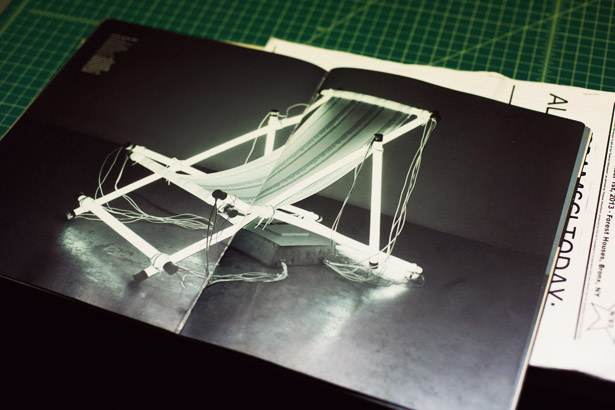 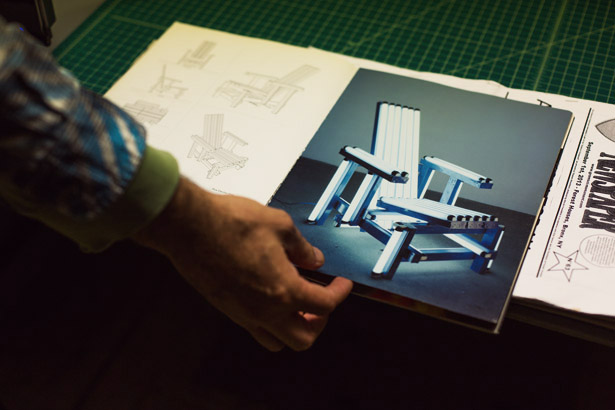 On his series of Electric Chairs: 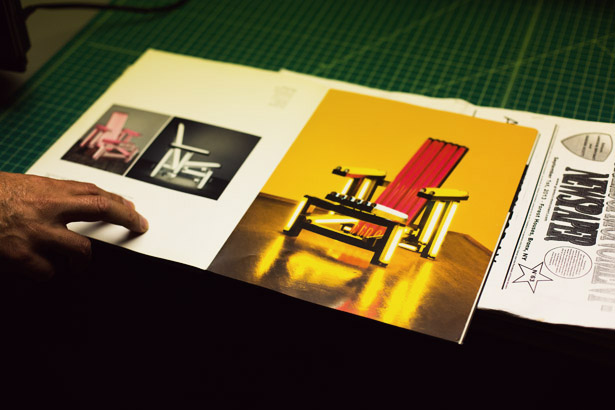 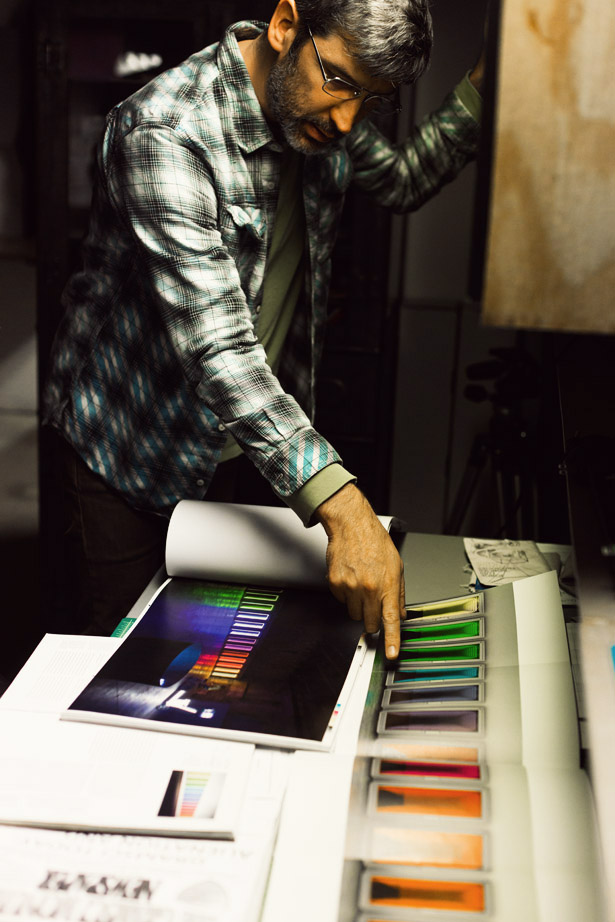 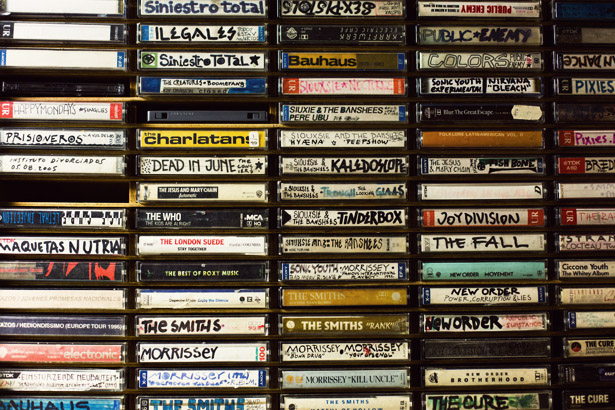 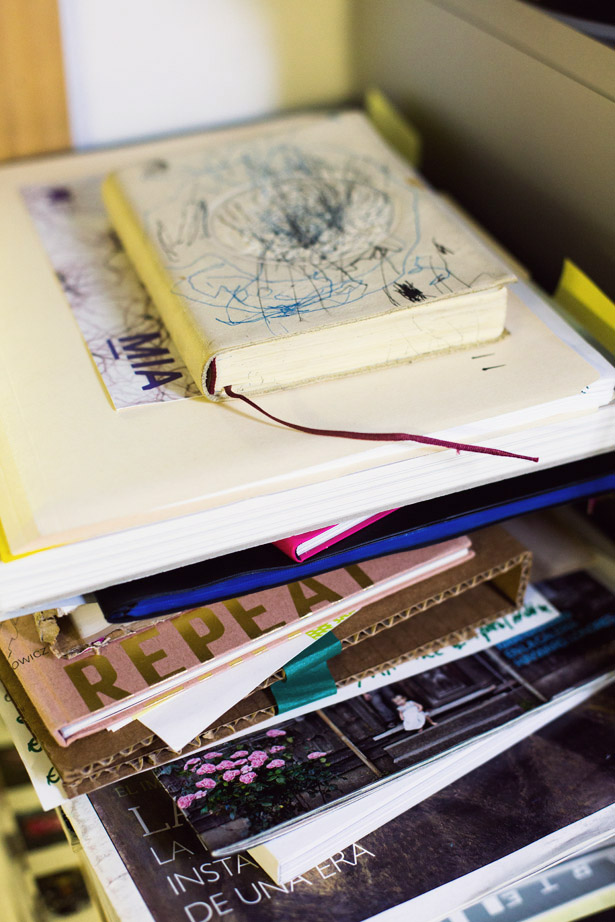 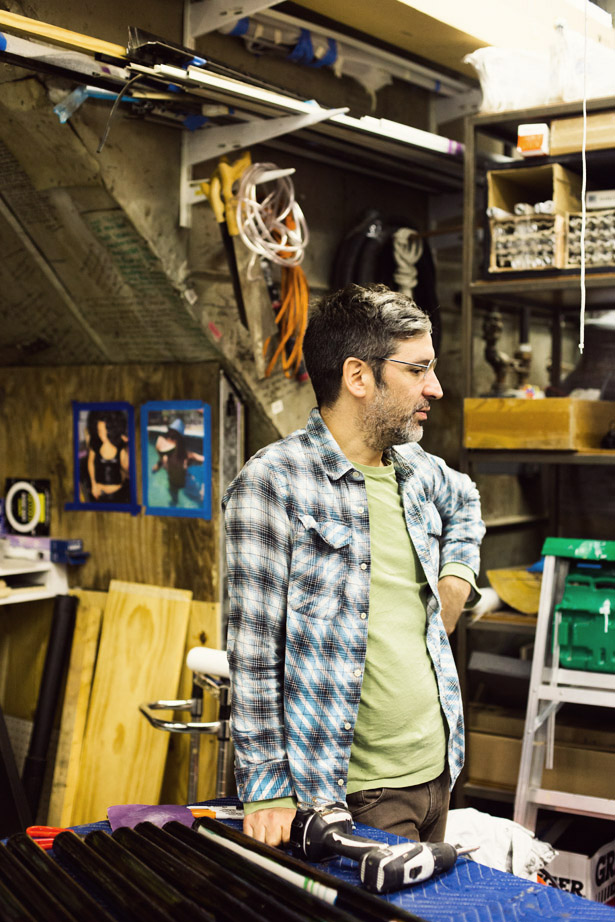 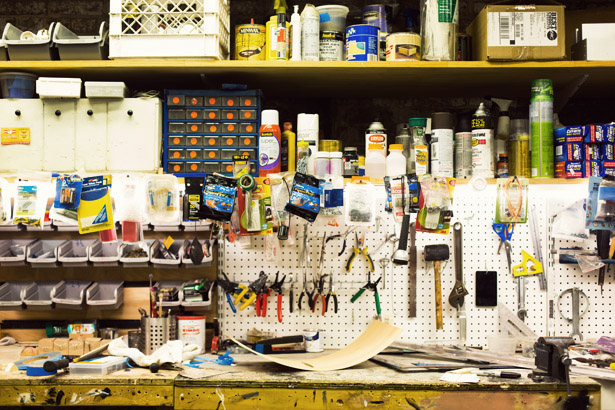