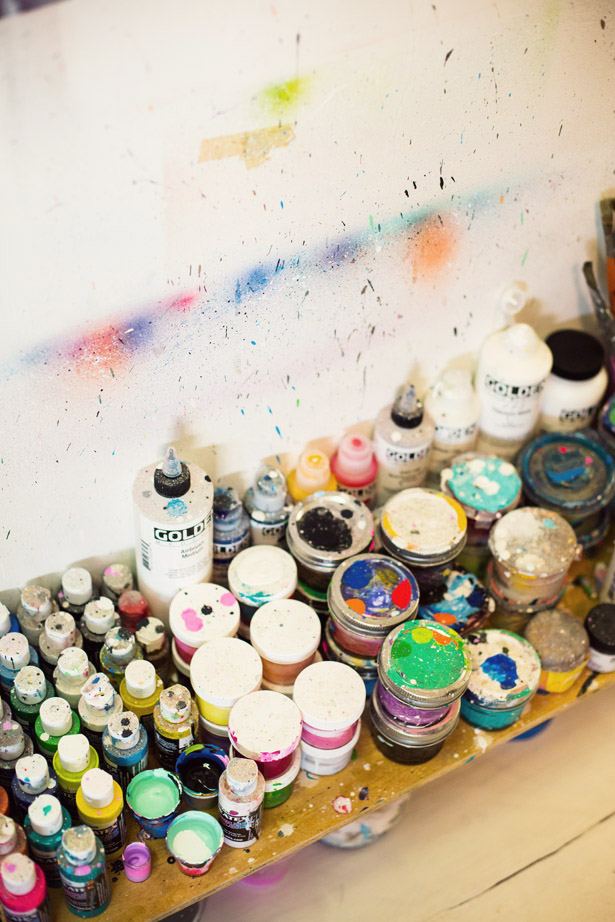 Our studio tours continue today with art buyer and lifestyle consultant extraordinaire Maria Brito, leading us to the saturated landscape that is Michael Dotson‘s studio…

I have to be honest, I wasn’t sure how I was going to make it into Michael’s studio when we first arrived. It involved climbing onto handmade ledges, ducking under pipes, and getting into a room that Michael himself described as “totally fine, as long as there aren’t more than five people in it at once.”

But once we stepped inside, we were transported to an entirely different world – one of magical colors, optical illusions, and familiar faces from our childhood transformed. It was so uplifting seeing such bright and cheerful pieces without a trace of irony. Michael himself was also open and generous, chatting with us about where this world comes from and what work he plans to create in the future… 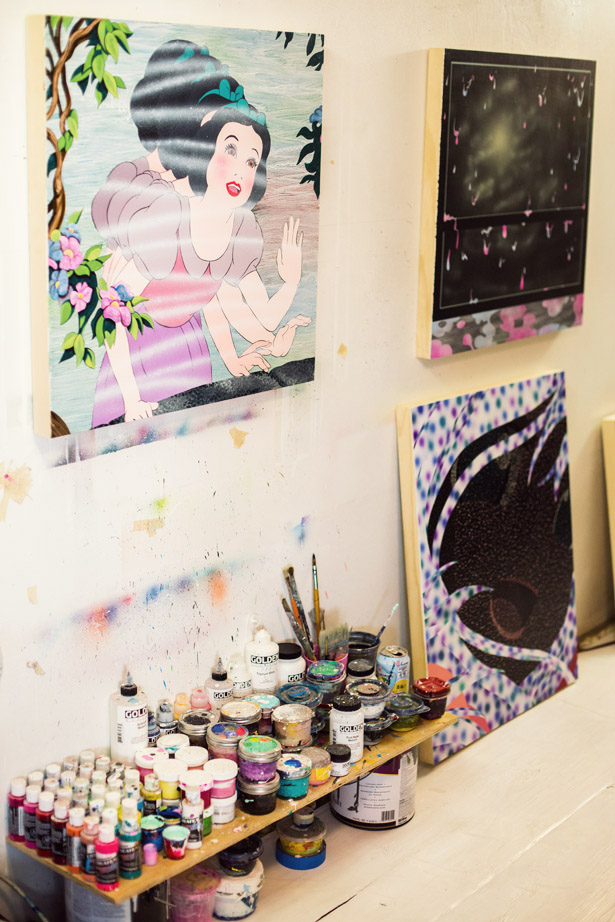 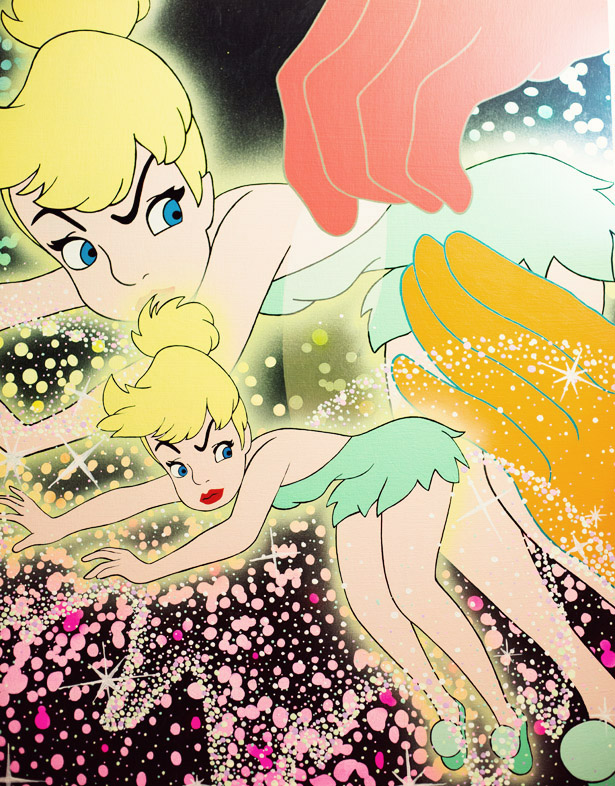 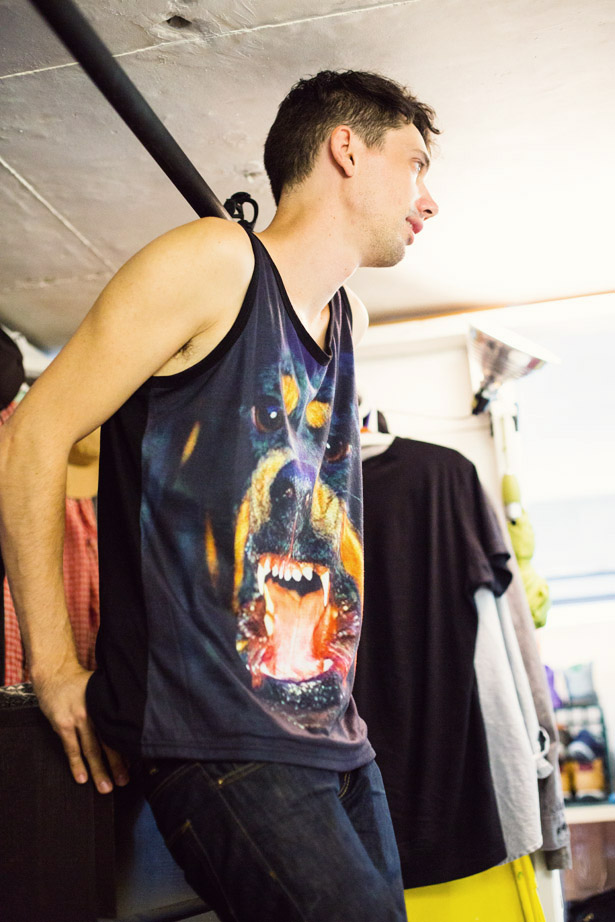 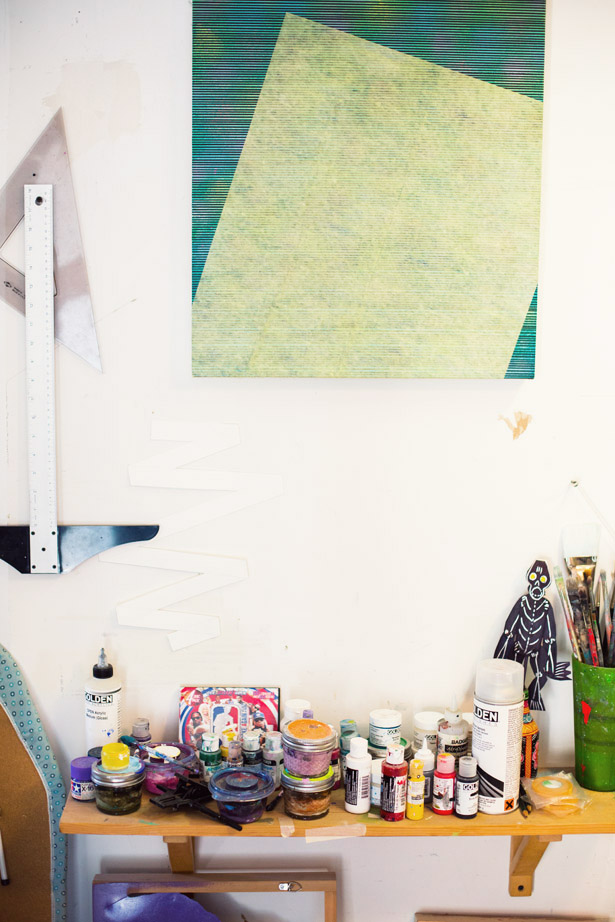 I think I’d like to make out different kinds of marks, and keep using them in different paintings, so they kind of relate…also, my last name is Dotson, so it just cracks me up to be painting dots. It’s like an autobiographical mark. 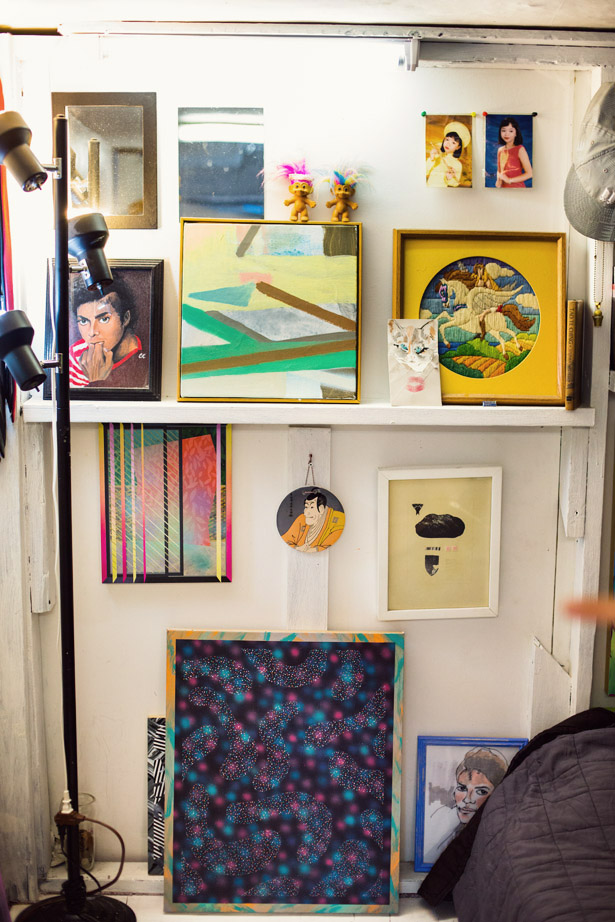 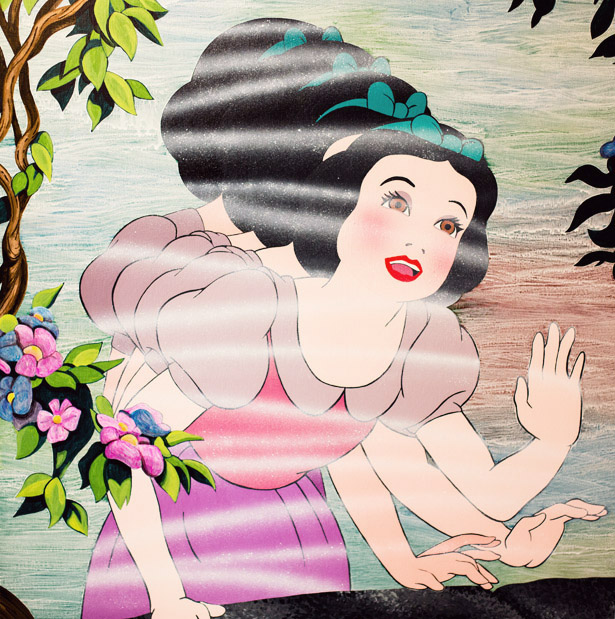 Lately I’ve been painting off from Disney stills. I found this website that just has every frame of every Disney movie, and at first I just started looking at the website just for fun, as like a weird hobby, but then the older ones, the people who made them were some baller painters. And I just got really into them. I just got all the frames where the background didn’t change and collapsed them together. 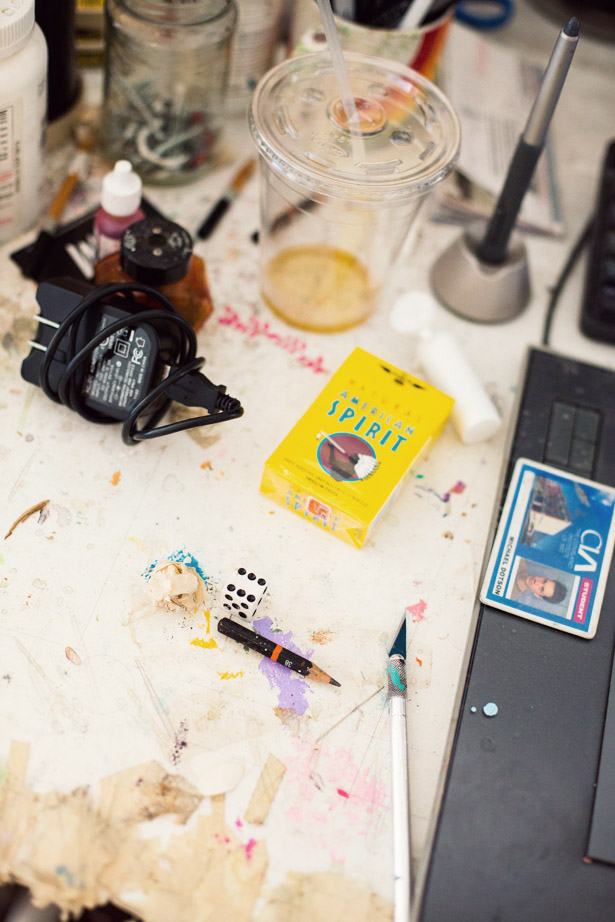 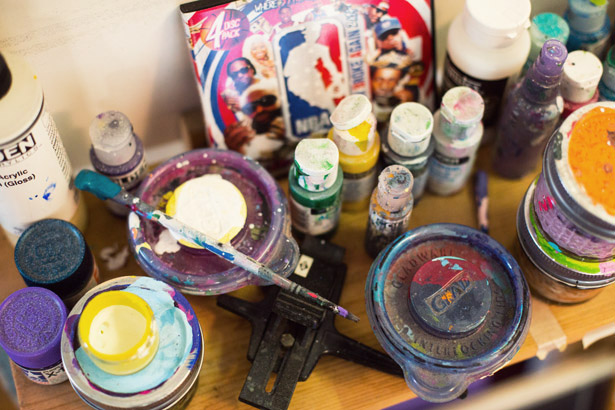 Is the Disney project about irony? 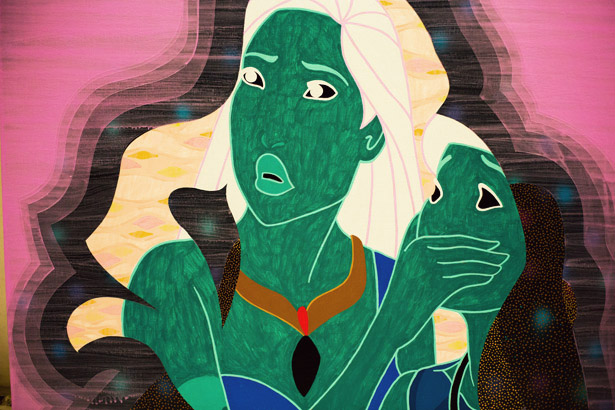 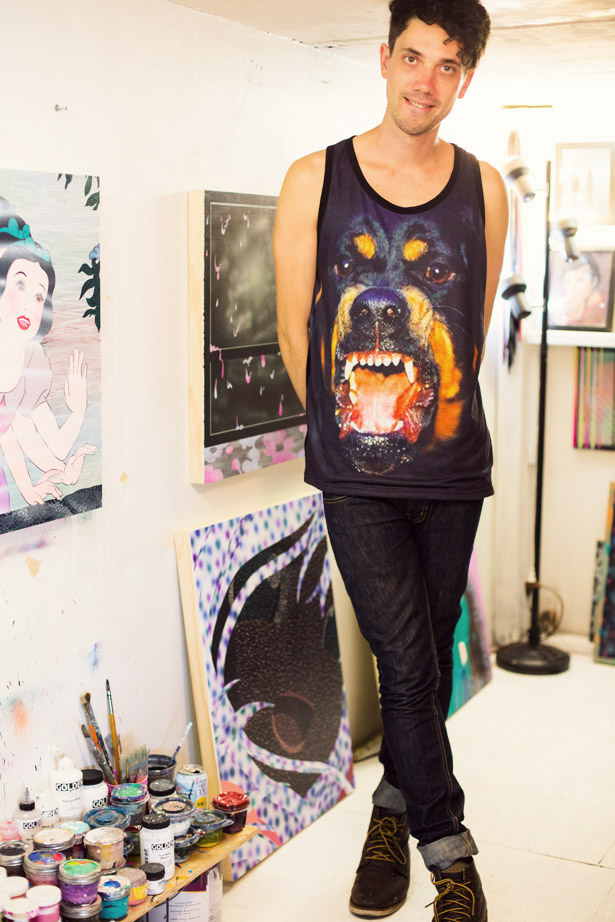 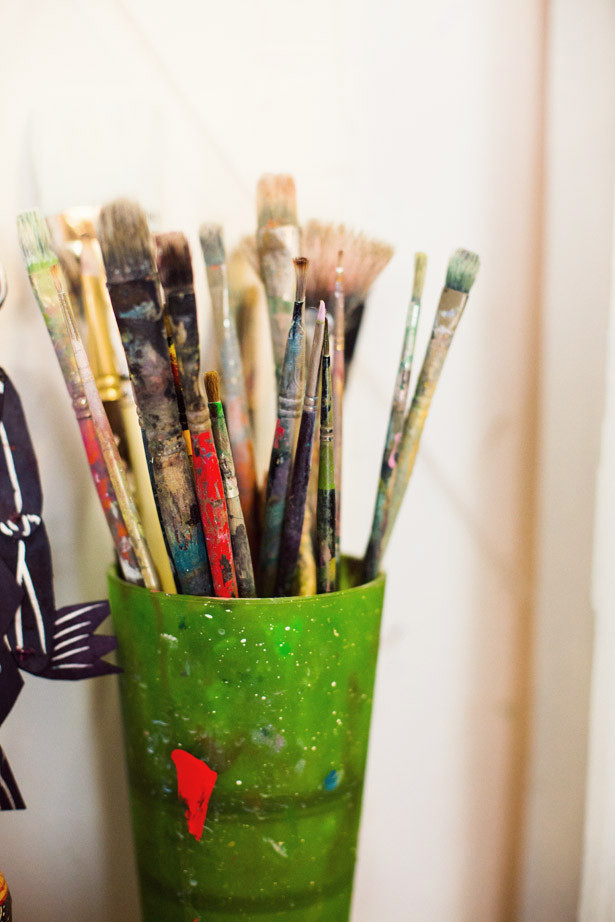 On growing up around art:

My mom’s a tour designer, and she started going to art school when I was in kindergarten, so I kind of grew up with her in art school. So I always had a lot of materials around all the time. I’m just stuck on painting. I love painting. 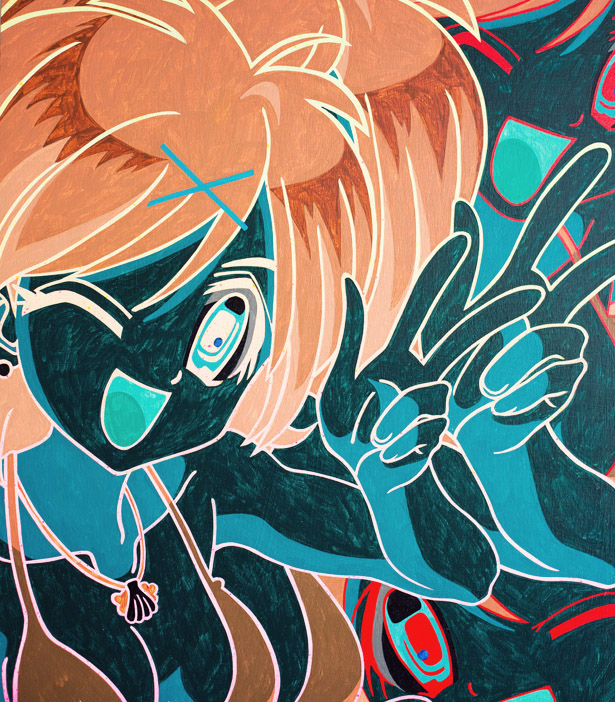 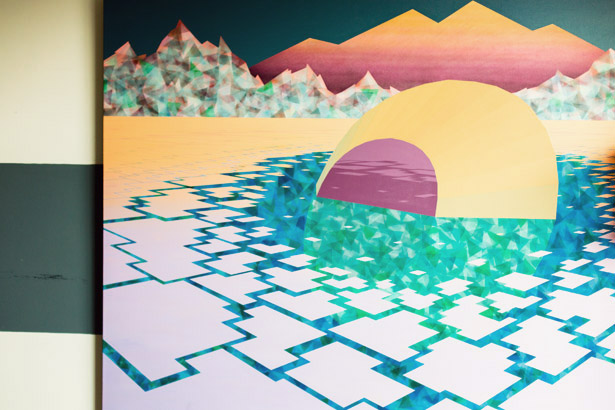 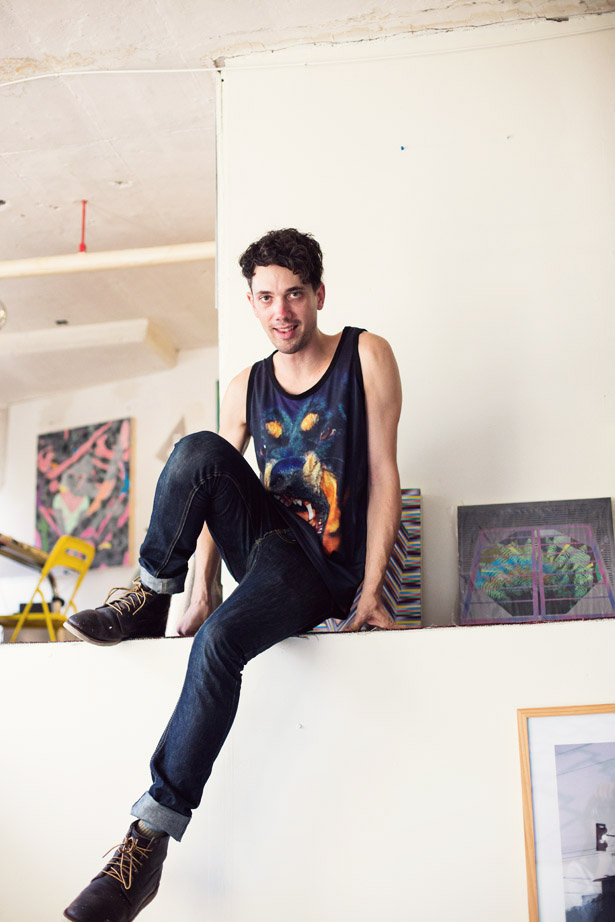