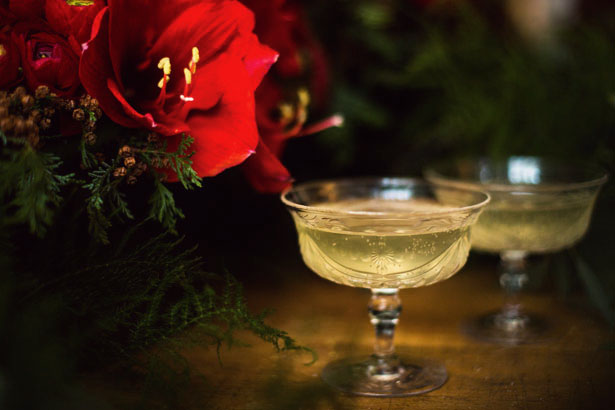 When a photo studio become the perfect event space…

A few weeks ago I was a bit under the weather so I relaxed by watching the moving “Midnight in the Garden of Good and Evil” (FYI, the Mercer-Williams house is my DREAM home). As the story goes, Mr. Jim Williams throws the most epic Christmas parties; so, inspired by the movie, I tweeted my dear friend @jessicakausen who organizes the events for Squarespace and asked if we could get a piano and space heaters for the balcony. She replied with “you can get anything in NYC” and the Ann Street Studio Holiday Party planning was underway…

What ended up happening was a wonderful night celebrating an exceptional year with our dearest friends, our creative collaborators, people who inspire us and people who keep us happy and healthy. I learned a lot of things about hosting a party – so it took 4 guys and an overseeing landlord to get the piano up the stairs to be played by Chris Pattishall but it was totally worth it! So the three tier red velvet cake we ordered was actually one level, but don’t panic, we had our friends at Elan Flowers give it a special topper of roses and hydrangeas! So the white lights we ordered for the garlands were actually twinkling lights… throw ’em up on the skylight instead! It looks like shooting stars! And of course there were surprises…our friend Bess sent a delivery of red bouquets and endless strands of garland that made the room wonderfully beautiful, people brought hosting gifts (our liquor cabinet is stocked now!) and one dear friend even made a painting for us which is one of the most touching things I have ever received.

It was so nice to stop, raise a glass, say thanks and give a kiss to the people in your life.

While I worked on the guest list Kevin sketched the invitation while on a shoot down in Charleston, little pieces of our neighborhood, the cityscape we know so well, and our little studio tucked away on a street in Tribeca… 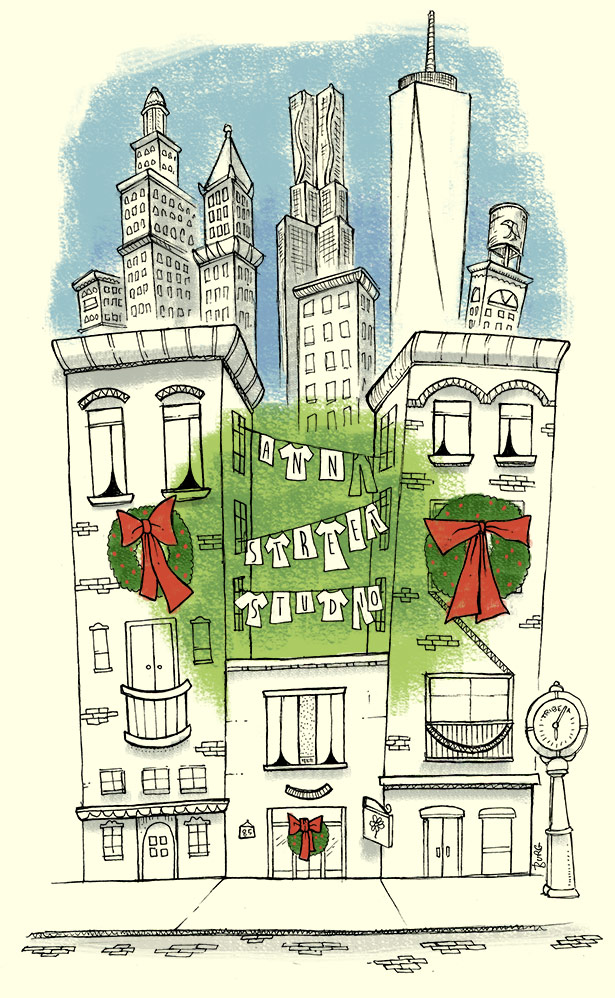 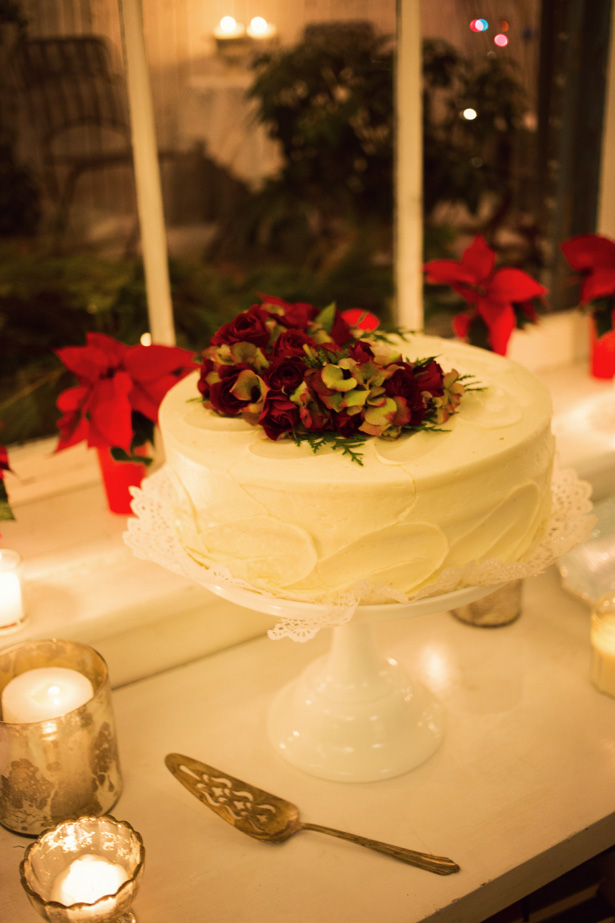 We are so fortunate to have wonderfully creative and talented people we are not only co-workers with but also friends. This past fall Molly and I worked together on an Ecco Domani shoot here at Ann Street Studio, so I thought how personal and very special it would be to have Molly make two original holiday wine mixer recipes for our studio holiday party!

Being that all the punch bowls and steaming pot of mulled wine were empty by the end of the night I think people liked it…I know I sure did.  It also filled the studio with the most beautiful, fragrant holiday smell…and these helped, too.

The Partridge in the Pear Tree

to make the spiced simple syrup: 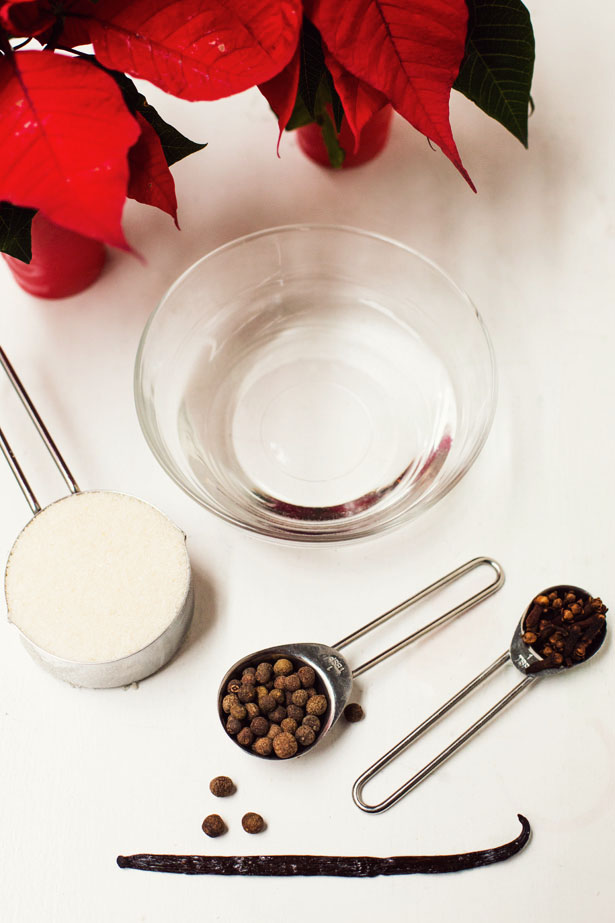 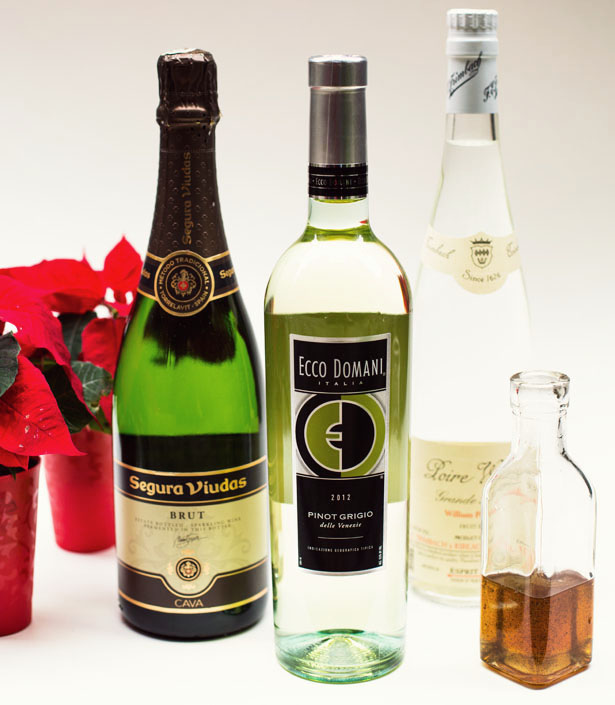 Place all of the simple syrup ingredients (including scraped vanilla bean) in a sauce pot and bring to a boil. Boil for about 8-10 minutes until the flavors have infused and the liquid becomes a bit syrupy (should have about 1/2 cup liquid.) Whisk a few times as it boils so that all the lovely little vanilla seeds separate. Strain through a sieve. Cool completely! When ready to make the cocktail, mix the Pinot Grigio, brandy and 1/4 cup cooled simple syrup. Just before serving, add the champagne! Serve as is or over ice.

you can make the simple syrup a day before so all you have to do is add it when you’re ready to start the party! 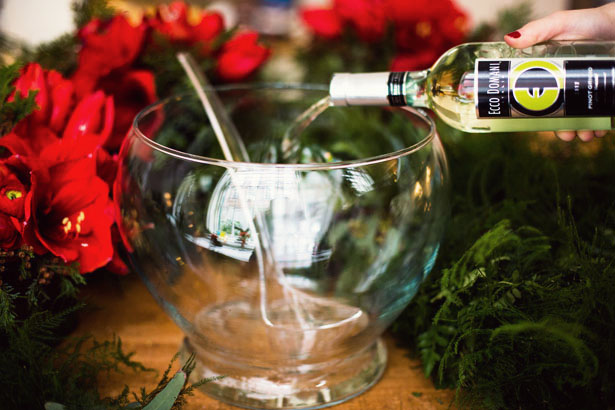 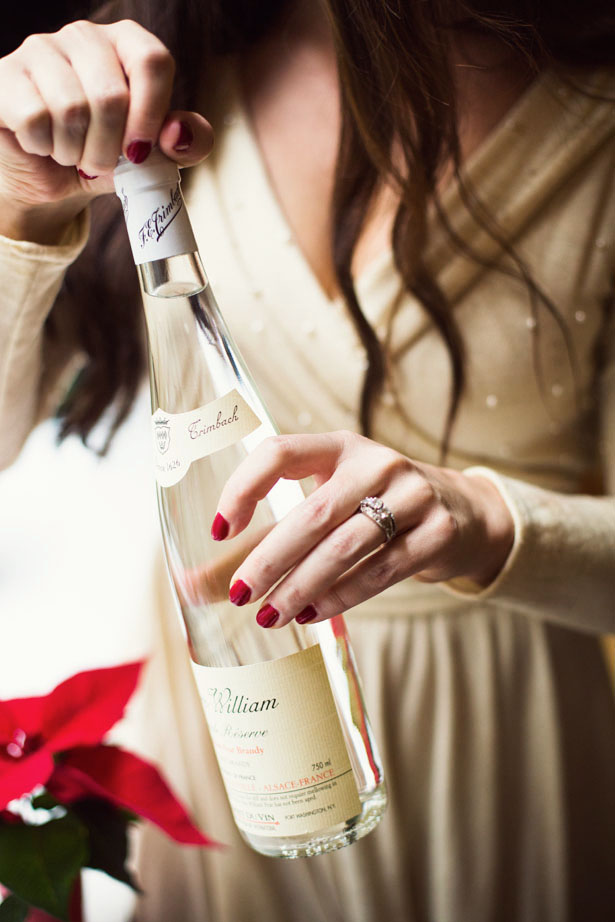 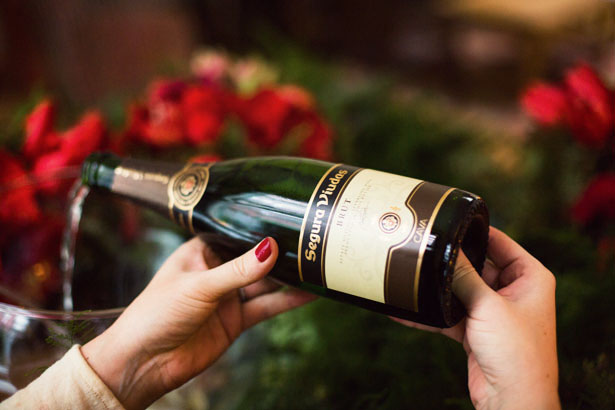 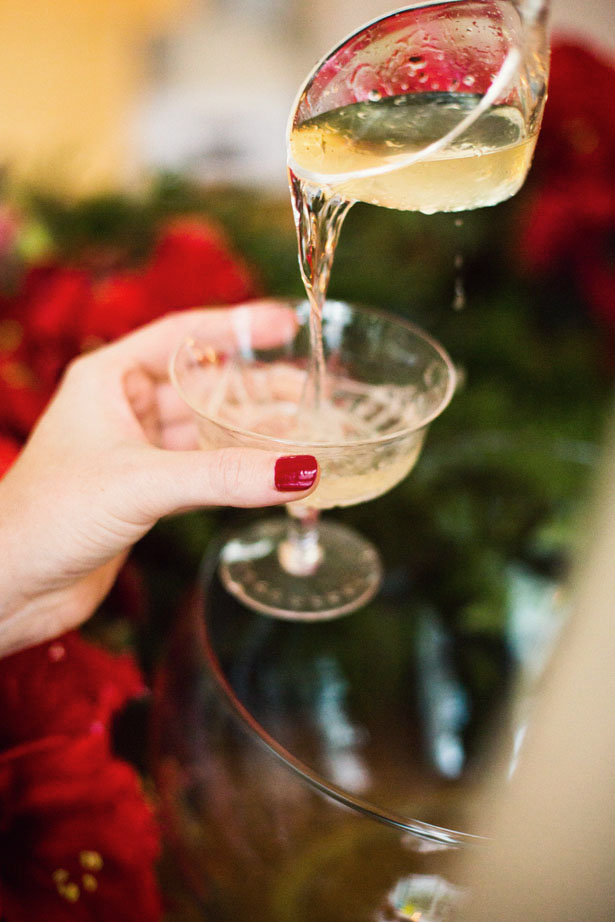 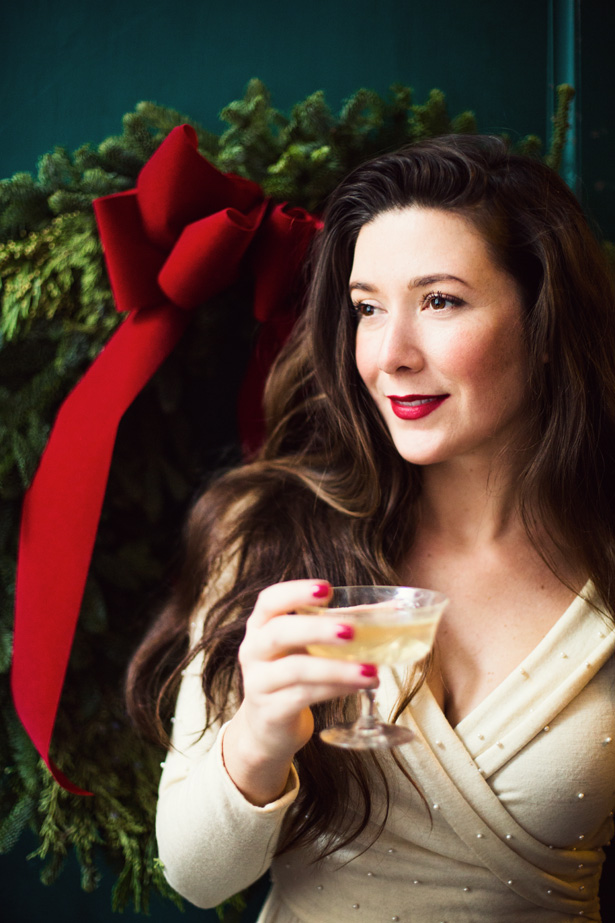 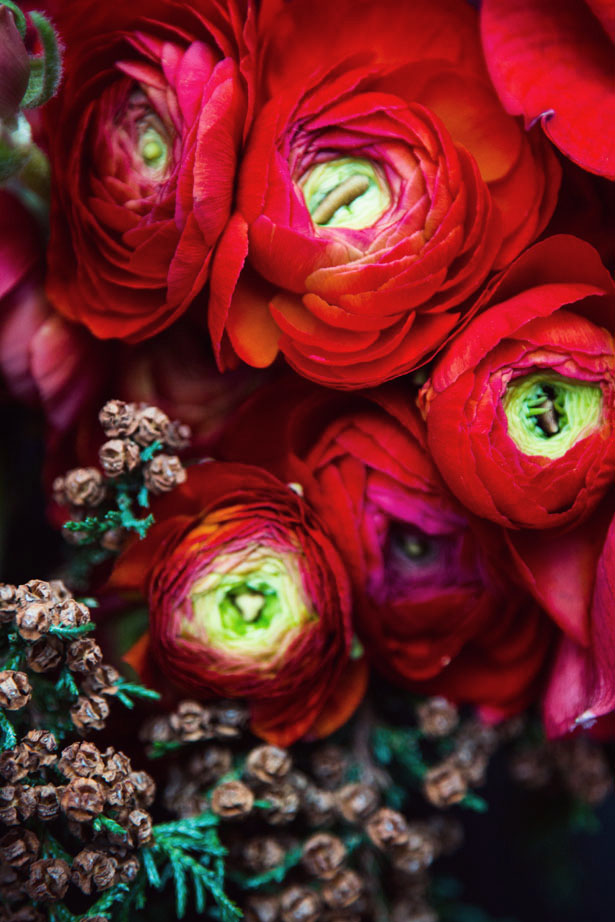 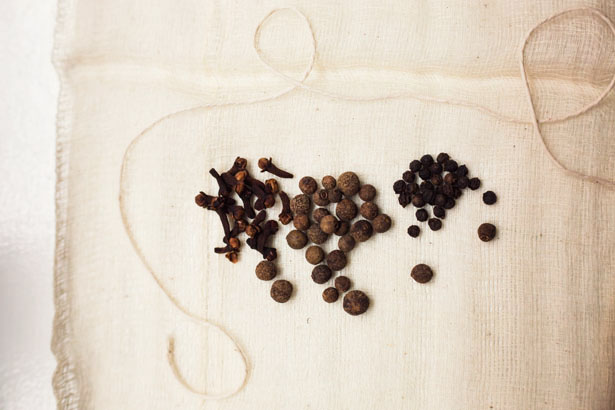 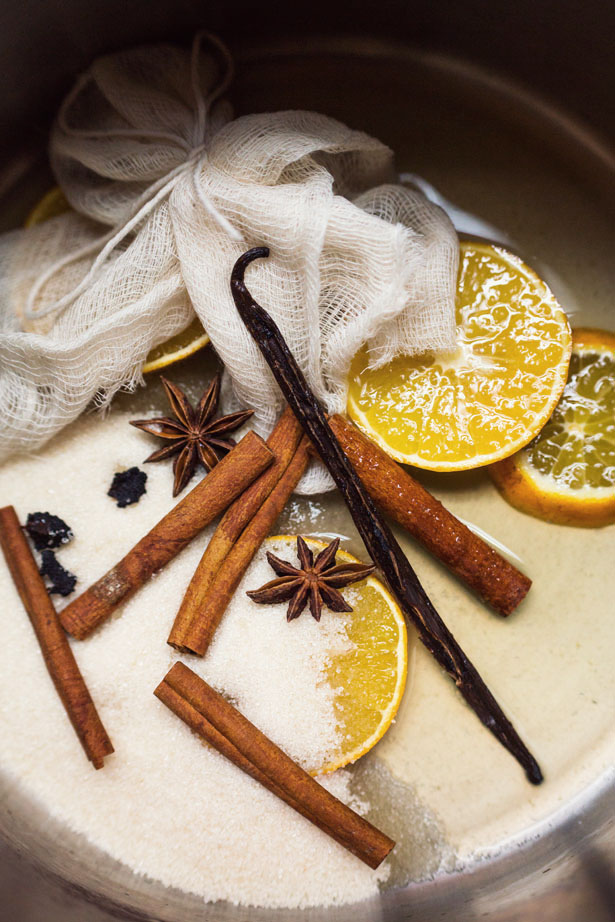 Place the merlot, orange juice, orange slices, sugar, vanilla seeds, vanilla bean, cinnamon sticks and star anise in a large pot. In a small piece of cheesecloth, tie the allspice, cloves and peppercorns with kitchen string to make a secure bundle. Toss into the pot. Heat just below a simmer (don’t boil, just let the mixture give off steam), for 15-20 minutes to let the flavors infuse. Stir occasionally to help sugar dissolve. Remove vanilla bean and cheesecloth bundle. Serve immediately (or keep at a very low heat, just to keep warm.) 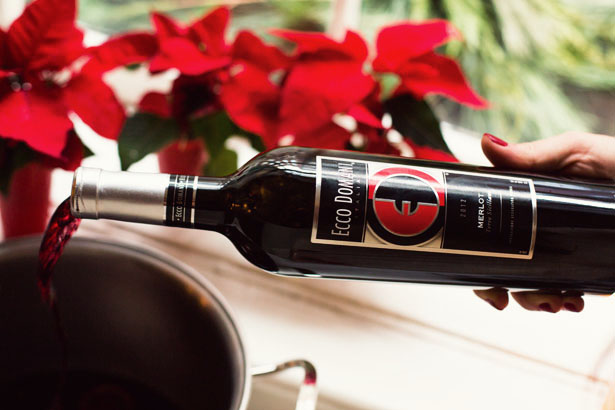 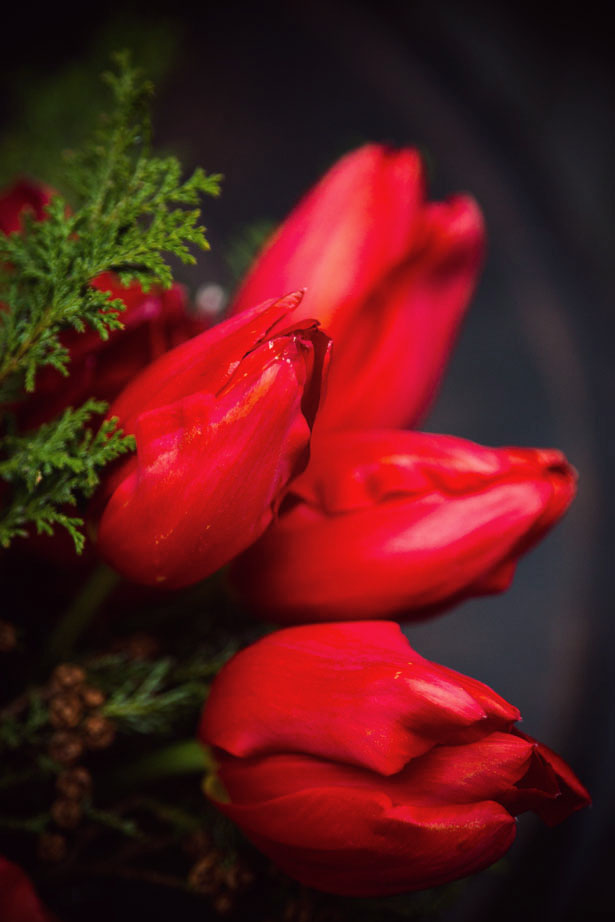 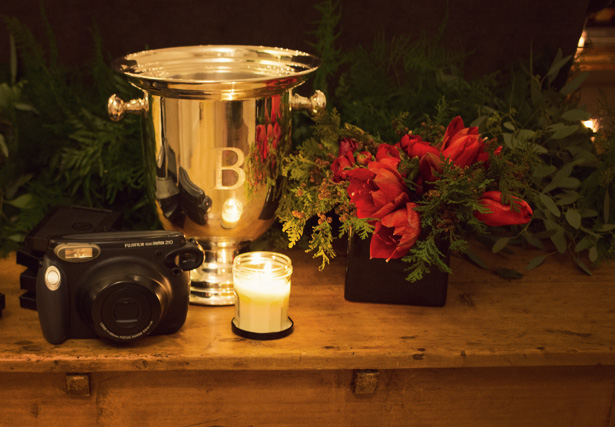 Give people enough wine mixers and access to an instax camera, and you end up with a lot of these!