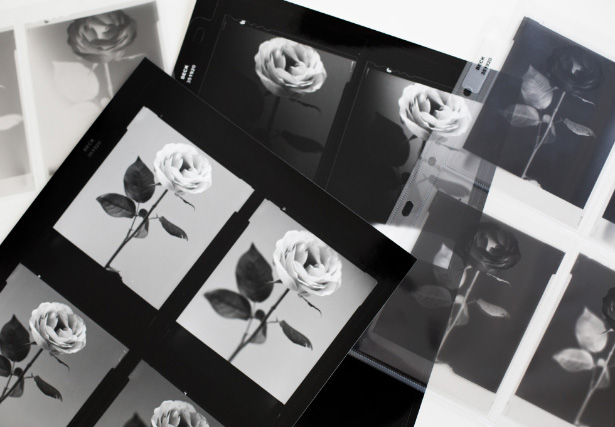 I‘m often asked in interviews the difference between film vs. digital, if film is dead, and how I choose which medium I want to shoot with. Film photography will always be a part of my life. It was how I was raised to take pictures; it is my roots in photography. It feels different to take a photograph on film than on digital even though so much of what they accomplish is the same.

When I shoot on film I am looking for a depth to the final image…quite simply, I find film images to have a soul. Maybe that has something to do with how you take the picture. We go through thousands of digital photographs weekly which feels like the next image diminishes the value of the one before. With film, even when I feel like I’m shooting a lot, it is only in the hundreds and when I push that shutter release each time, that shot is thought-out, composed, and one where I waited for that perfect moment. My friend Adam who had a show this past fall at the Sasha Wolf Gallery said if he ever had to teach a class in digital he’d make his students shoot on camera cards that only hold 36 frames to train them to think about each shot.

However, digital has this beautiful clarity, this “reach out and touch it” ability that I find so beautiful. The velvety texture of flower petal, the saturation of color in a blushing rose. Digital puts you there, in the moment, feeling the light, and seeing even what the human eye can’t. The speed with which we can capture, document and share with digital photography is so astonishing. Recently I tweeted, “Every two minutes, we take more pictures than the whole of humanity in the 1800s.” I alway say, photography is a right, not a privilege, and thanks to digital that has never been more true.

On a day where I just don’t want to sit at a computer editing or writing emails, or I need a break to get in the zone creatively, I find my favorite thing to do is photograph flowers. Flowers represent so much about life to me: the beauty, the aging, the individuality and sexuality. I wanted to illustrate the difference between film and digital, so on my last flower study I took (as close as possible!) the same photograph on a digital Leica M with macro lens and then again on a 4×5 Toyo View Camera on Ilford Delta 100 ISO black and white film. I used natural light and did a variety of shots using different F-stops for a varying depth of field.

You tell me what you prefer: Film or Digital? 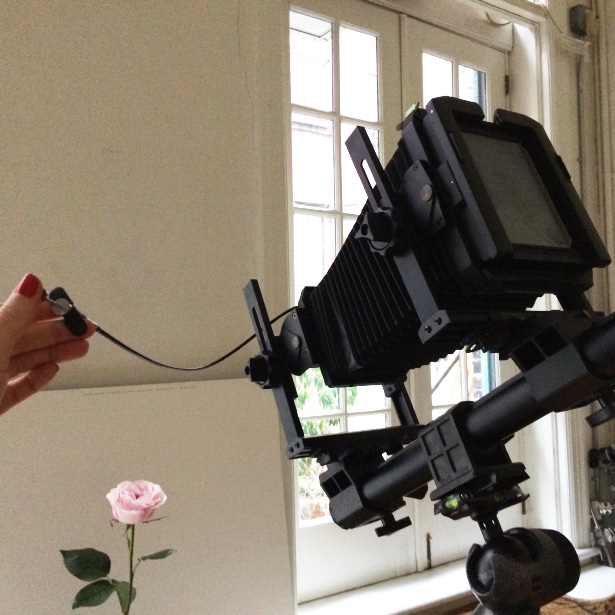 Simple natural light setup in our studio, white textured cardboard background. Above, using the shutter cable release to avoid my hand shaking on the shutter release, which  causes motion blur. Most of the 4×5 exposures were between 30 secs and one minute. Below, focusing view on the 4×5 ground glass. 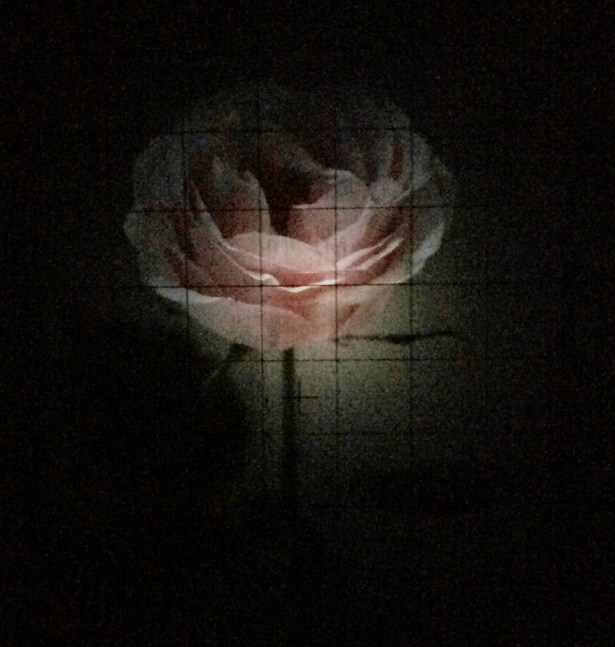 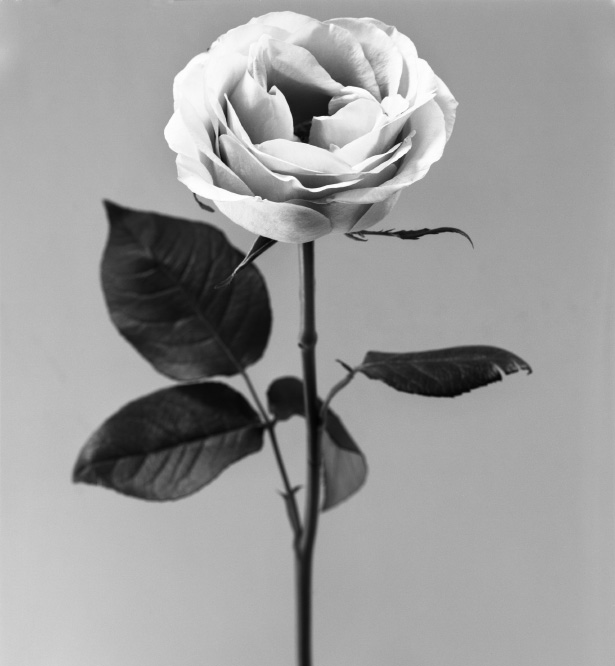 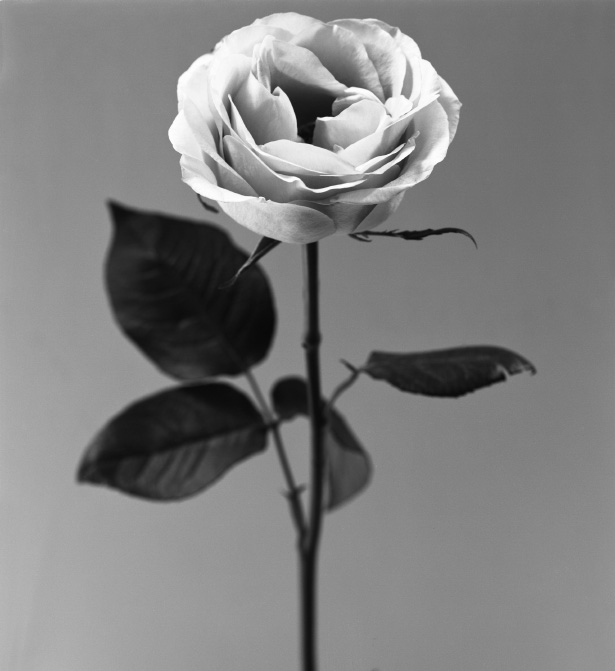 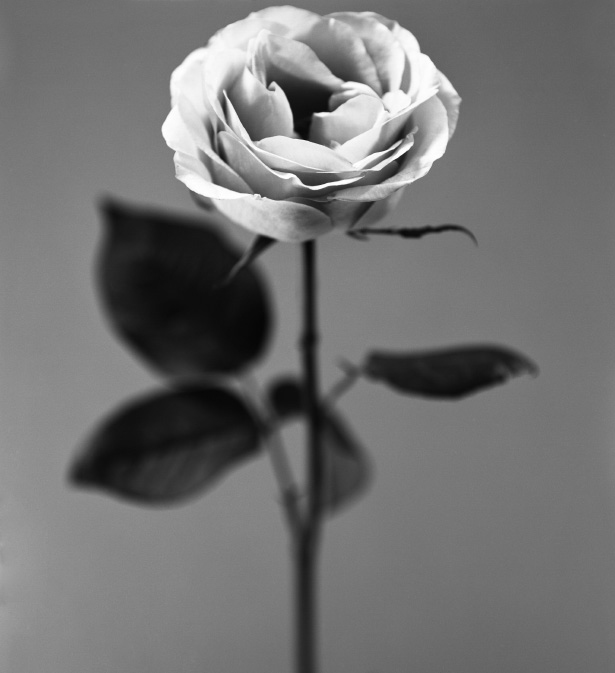 Below. With view cameras you can play with the plane of focus and distortion with the tilts and shifts of the camera. Here is a good guide for what each position does. 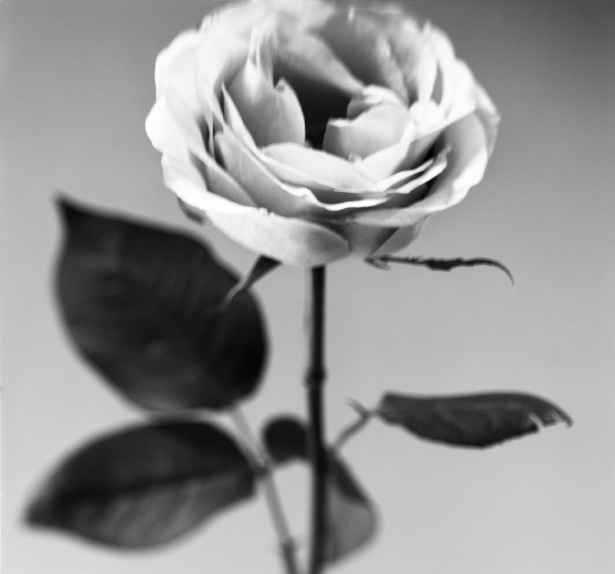 Then for digital. Same setup and positioning. I enjoy using the Leica M for still life shoots because of the quality of the image and lens glass causing less distortion, making for cleaner shapes and lines. 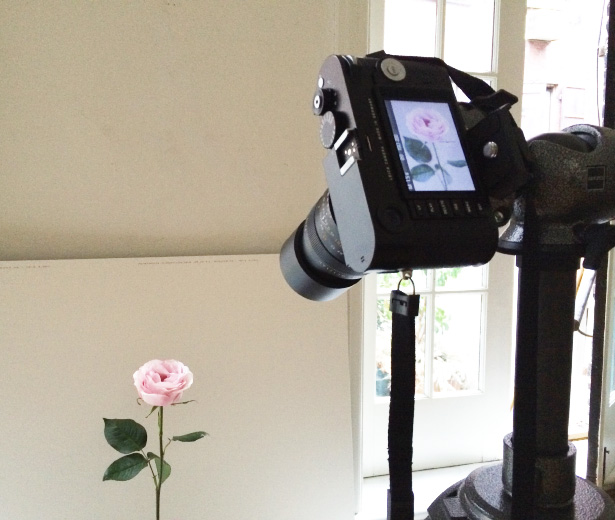 Taking the raw image out of the camera and giving it just a small bump in contrast in Photoshop’s Camera Raw program. 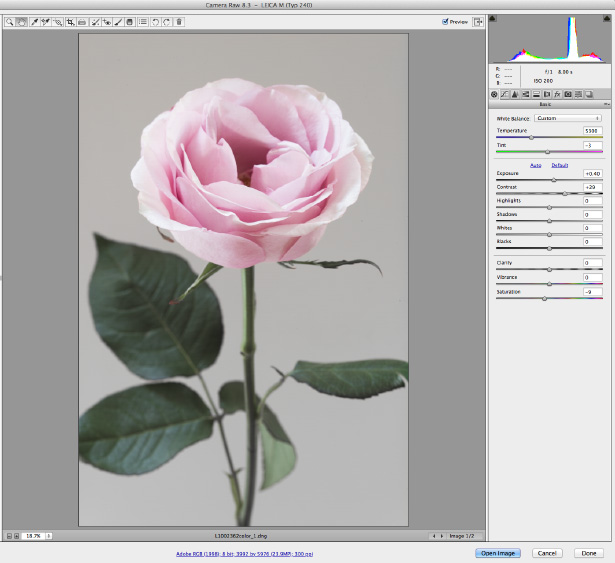 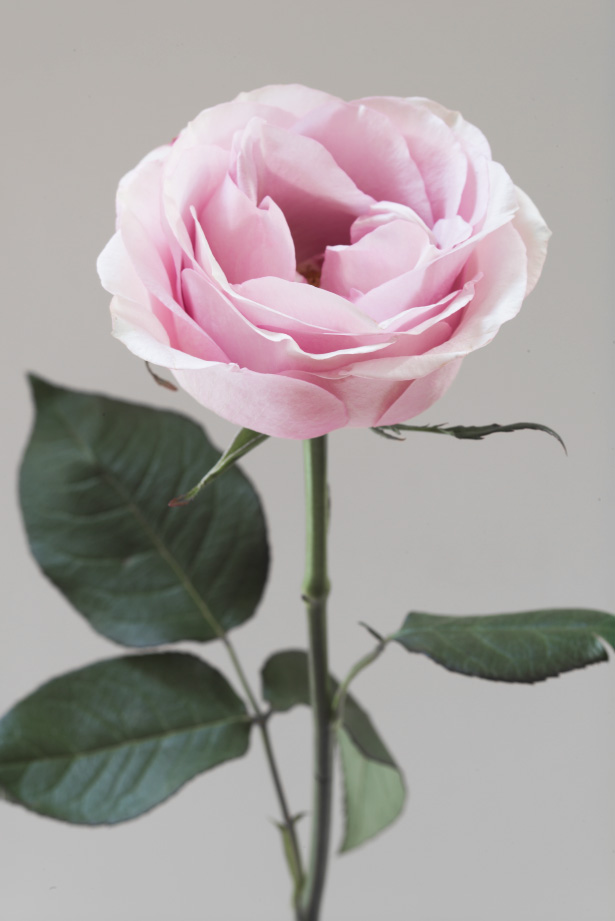 Then to change the overall feeling and effect, I played around with the image in Adobe Photoshop Lightroom where I can apply film effects onto digital images. 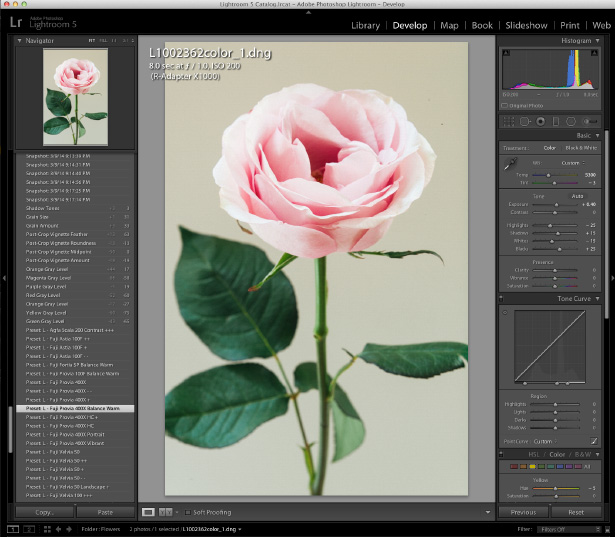 Below, with the VSCO filter Fuji Provia 400x Balance Warm for Leica 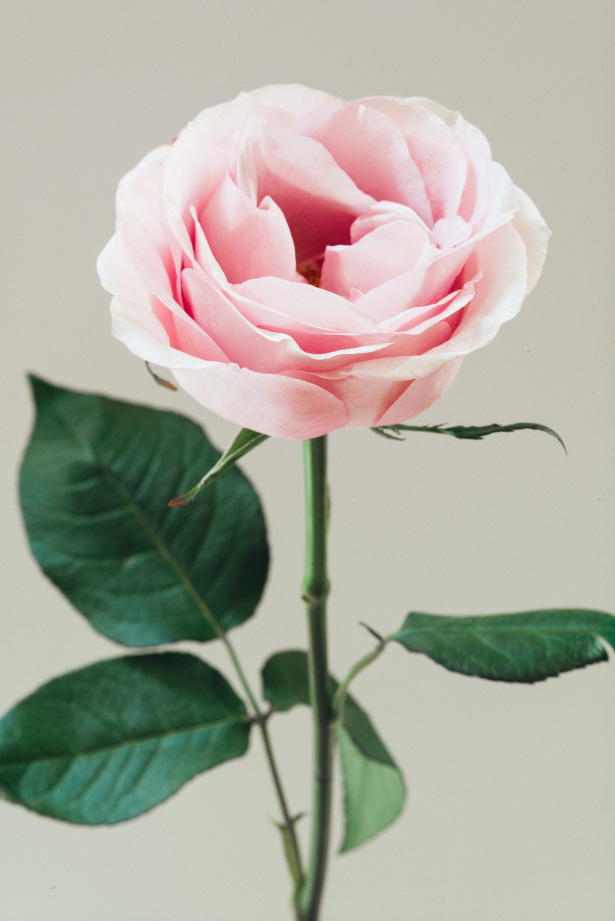 Then again to match the effects of black and white film. 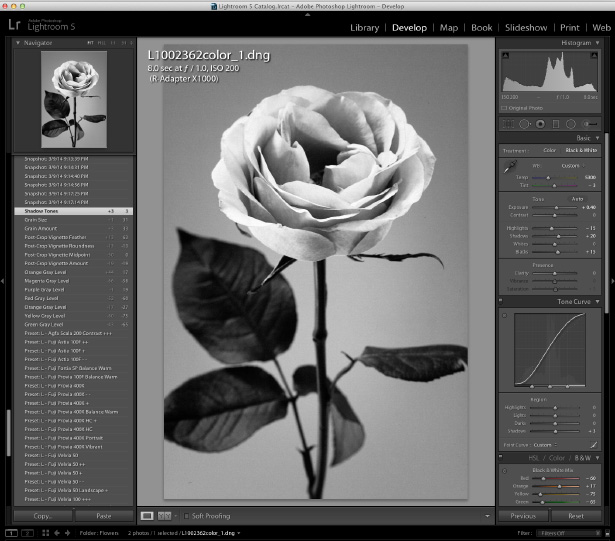 Below with Agfa Scala 200 Contrast +++ for Leica as a base along with a series of individual tweaks you can control such as the amount of film grain, contrast, etc. 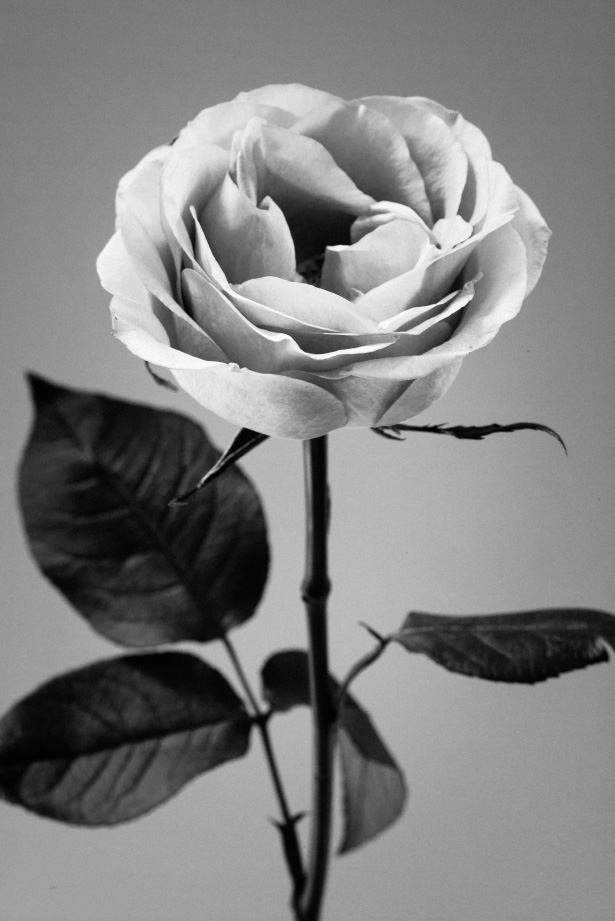