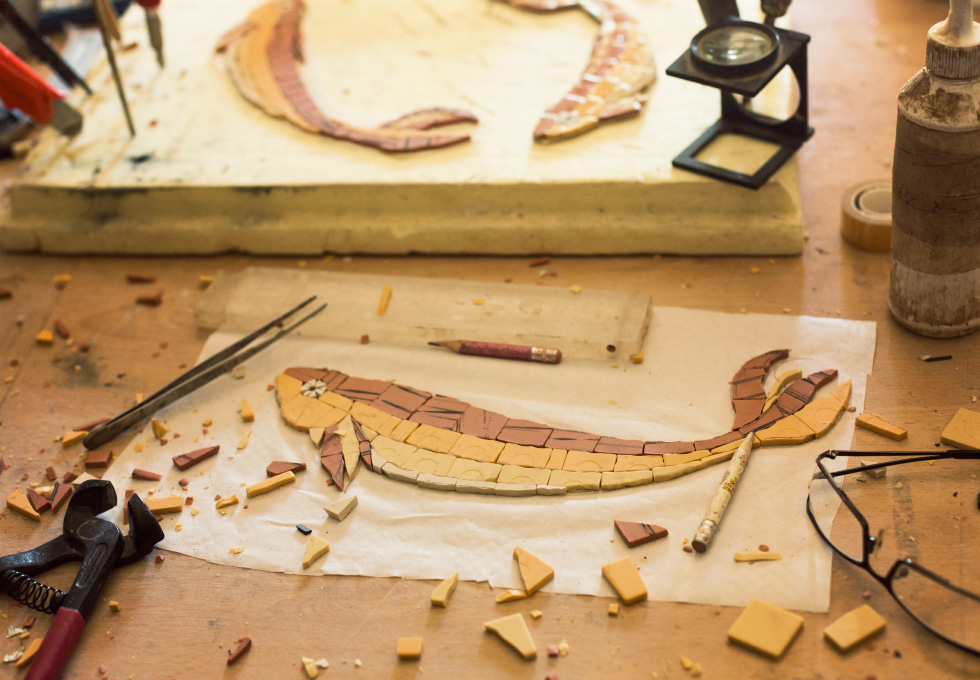 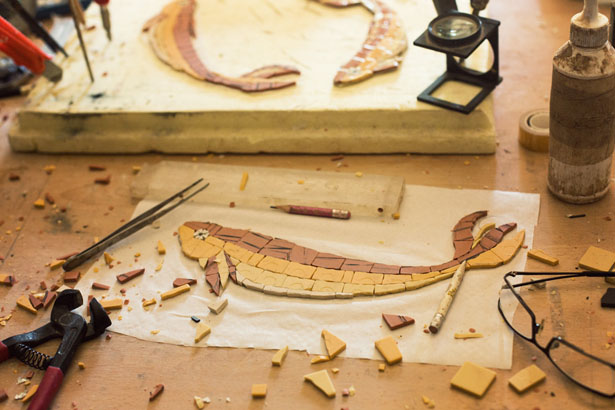 There is an incredible history to the village of Lacoste – with buildings dating as far back as the 12th century, tales of medieval battles and debauchery, a reputation as being the former home of the infamous Marquis de Sade  – so it makes sense that it would need an incredible historian.

Enter Jean Pierre Soalhat: historic preservationist at SCAD Lacoste, professional mosaicist, and a genuine Provençal man. One of the many amazing qualities about SCAD is the amazing people, staff, students, and professors it attracts. In Jean Pierre’s case, a man whose family has – for generations – been a part of this community, he has become a pillar of support for SCAD Lacoste through his historic knowledge of the area, his all-around ancient-building handyman skills, preservation teachings and even artistic workshops with the students. I had the opportunity to visit Jean Pierre at his studio in Caseneuve where I could see his artwork. I was impressed by his mosaics – some pieces containing shards of ancient Roman pottery he finds in riverbeds and fields – but also amazed by the fact that Jean Pierre doesn’t own a cell phone (jealous).

All around the SCAD Lacoste campus you’ll find Jean Pierre’s artwork, from La Residence to outside shopSCAD, at Maison Basse and even in the President of SCAD’s home, Paula Wallace. AND…if you’re ever hanging out with Russell Crowe or Sandra Bullock you might notice it in their personal collections, too….

When we visited, Jean Pierre said he was “dreaming of fish”, which reflected in his work…but I know I shall sleep dreaming of archaic fragments coming together to create beautiful everlasting works of art. 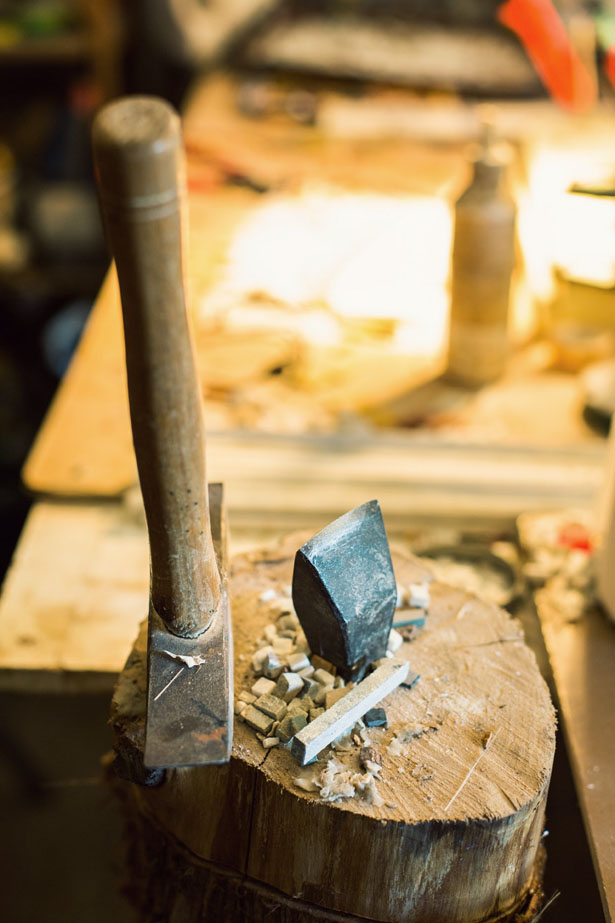 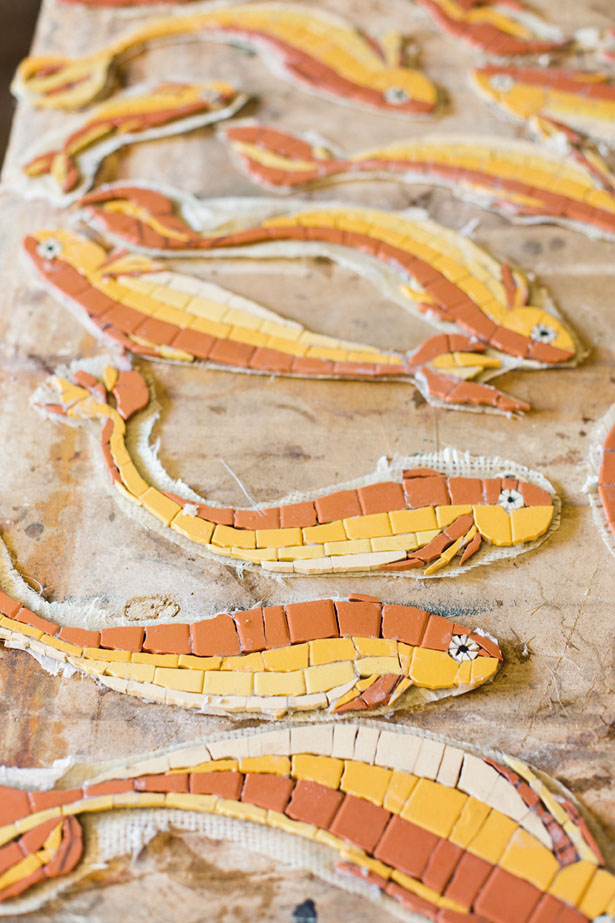 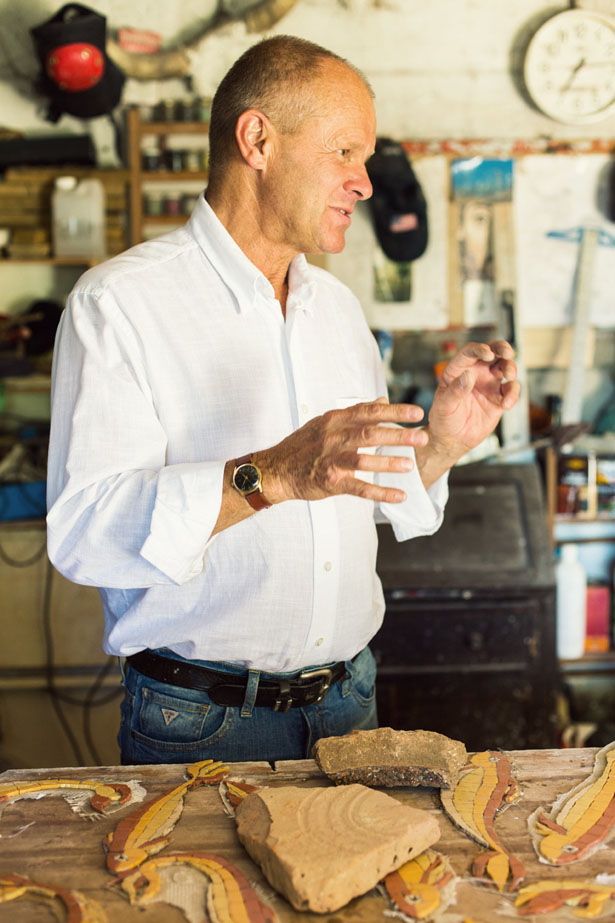 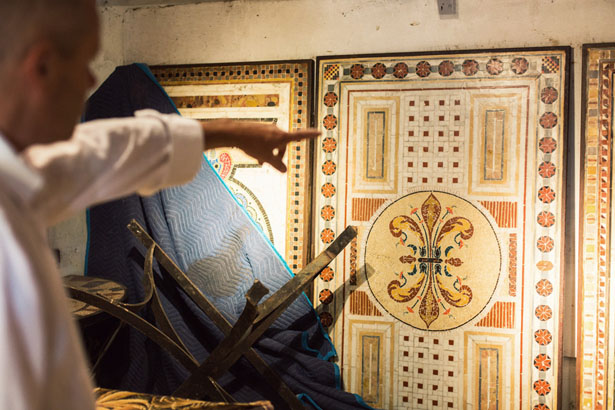 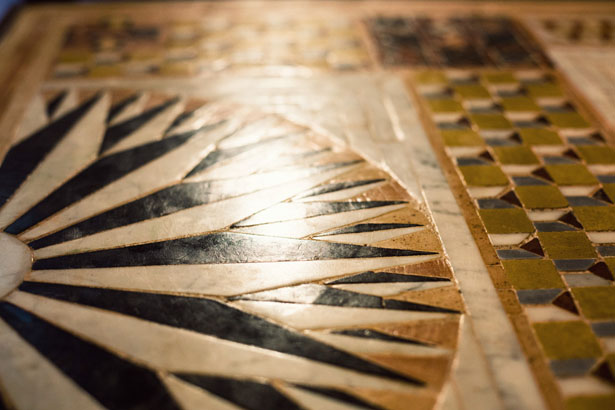 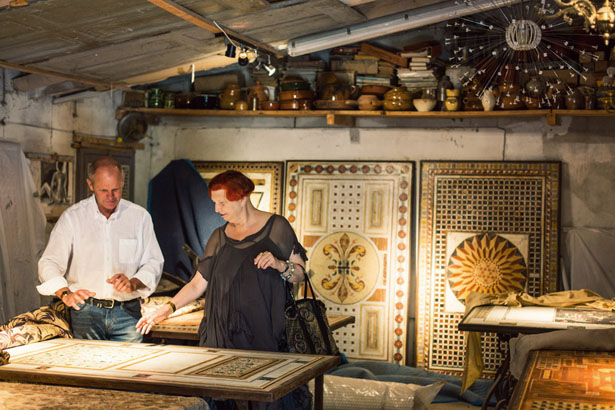 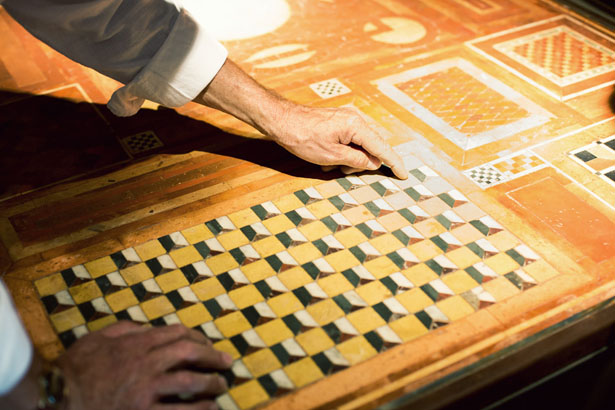 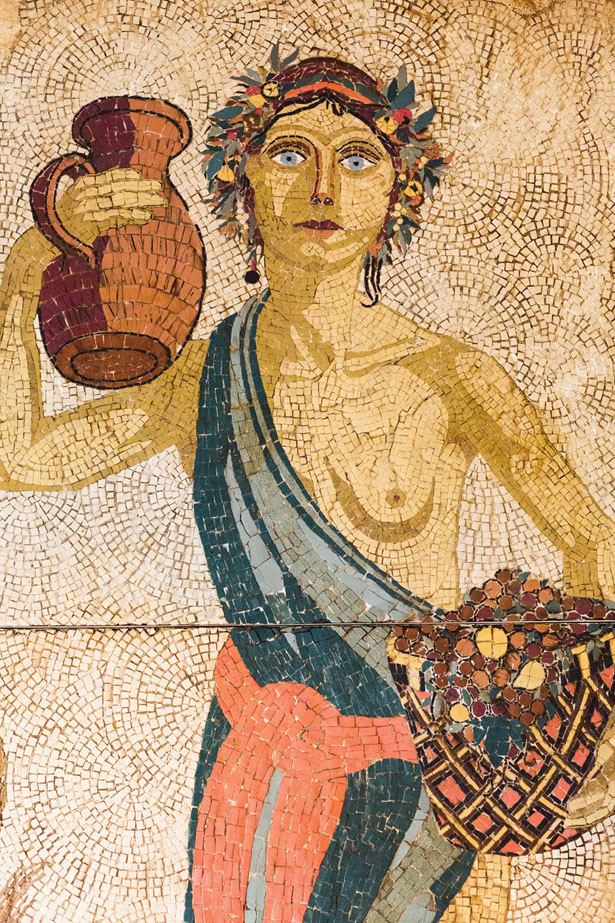 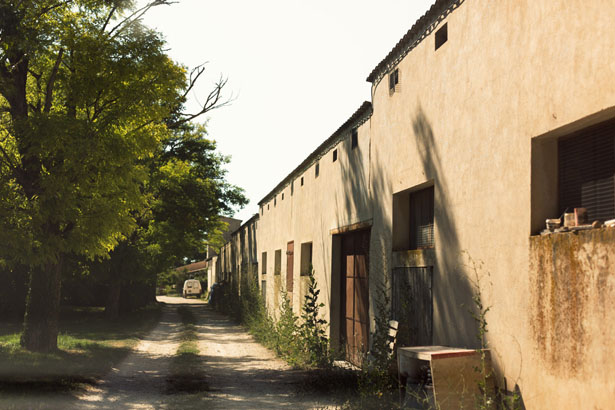 We left from his studio up the hill into the town of Caseneuve to see some of his pieces at use in his own home. At first it was hard to get over the breathtaking view, kitchen full of all my dream earthenware, and stunning mosaics jumping off the walls and onto the table tops. While I soaked in the view of an artist and historian’s Provençal lifestyle he so generously pulled out his collections of old metals, Roman jewelry and coins, and ancient pottery he has found that inspire, influence and even become his work. 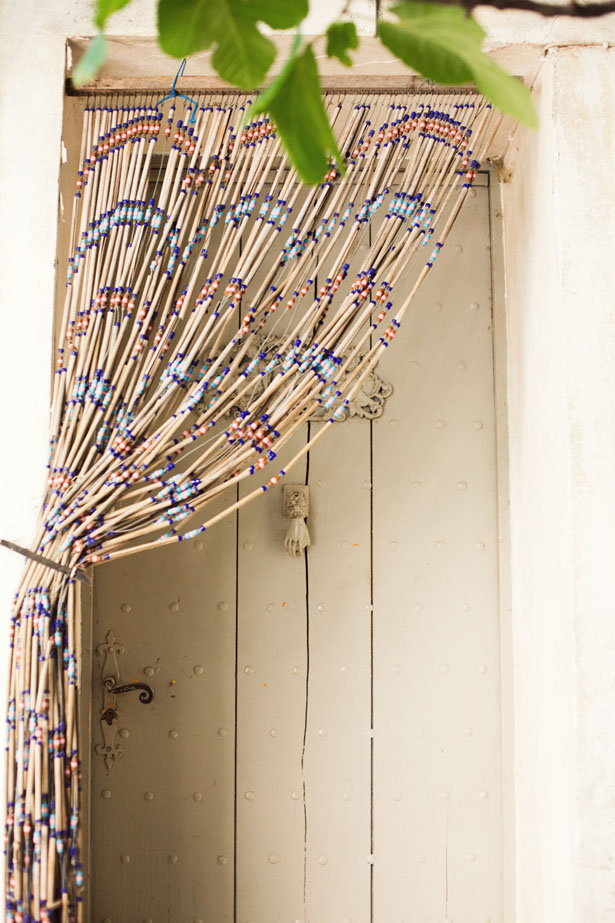 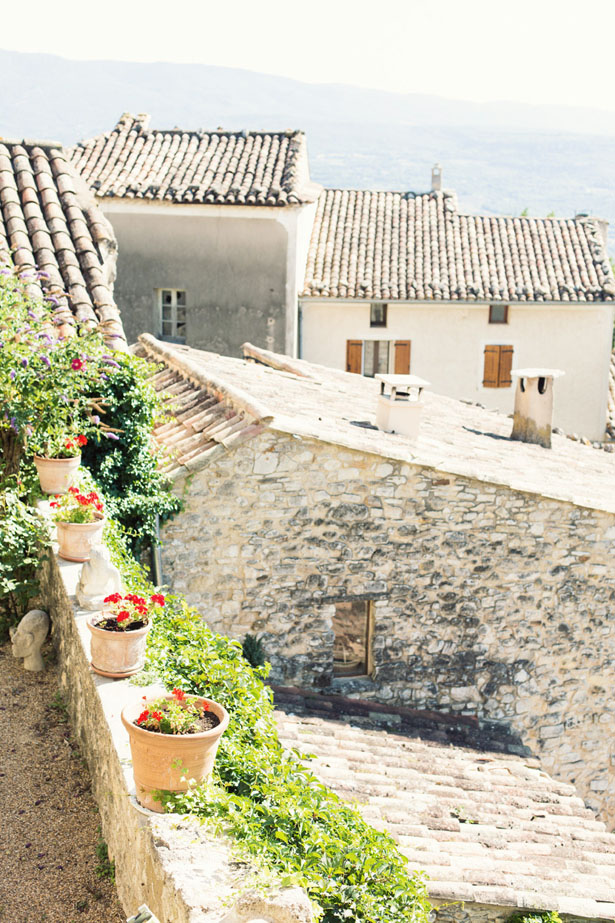 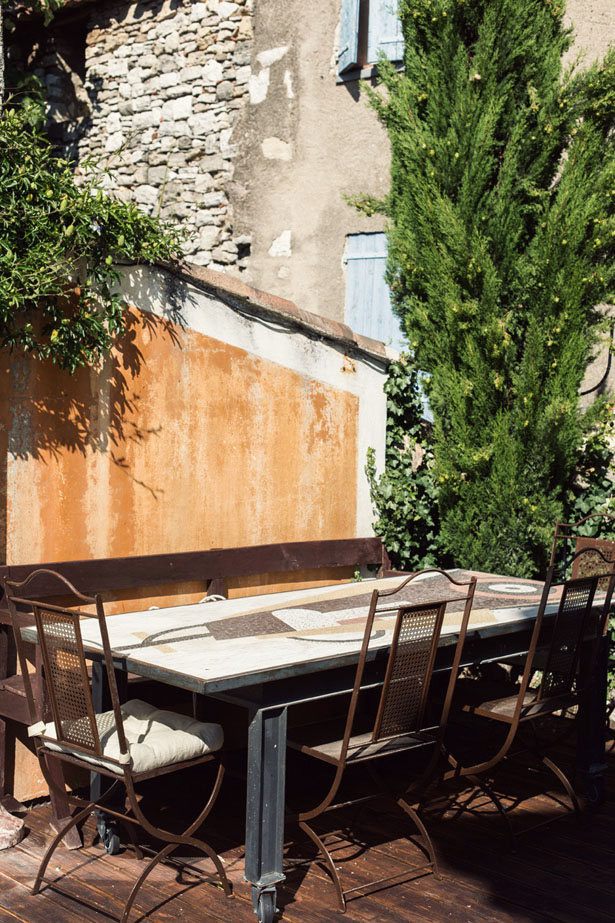 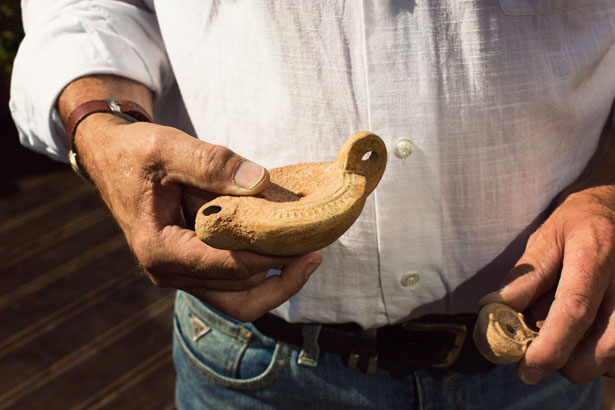 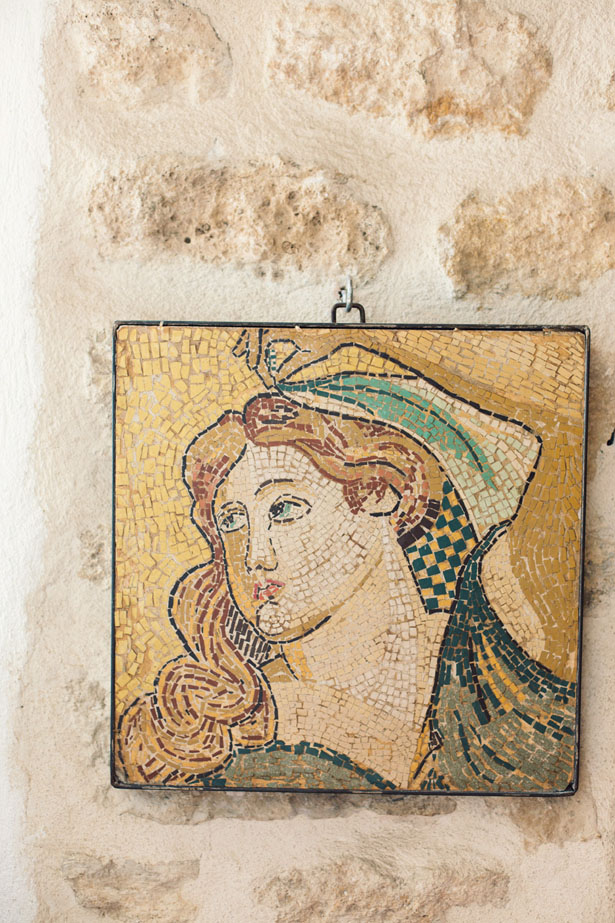 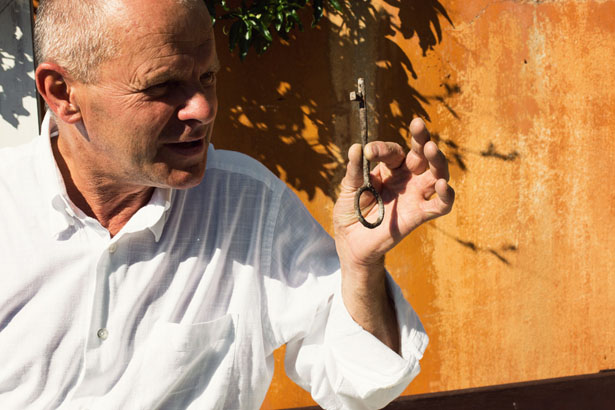 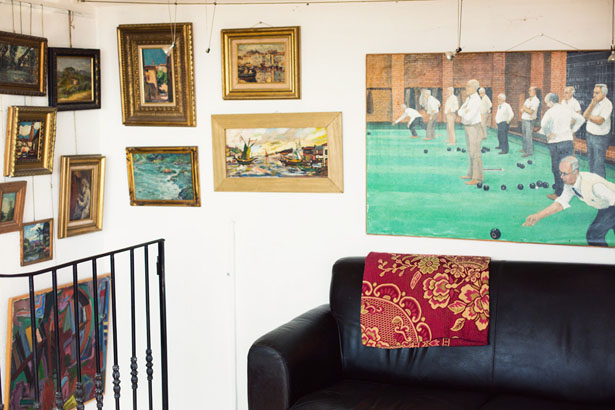 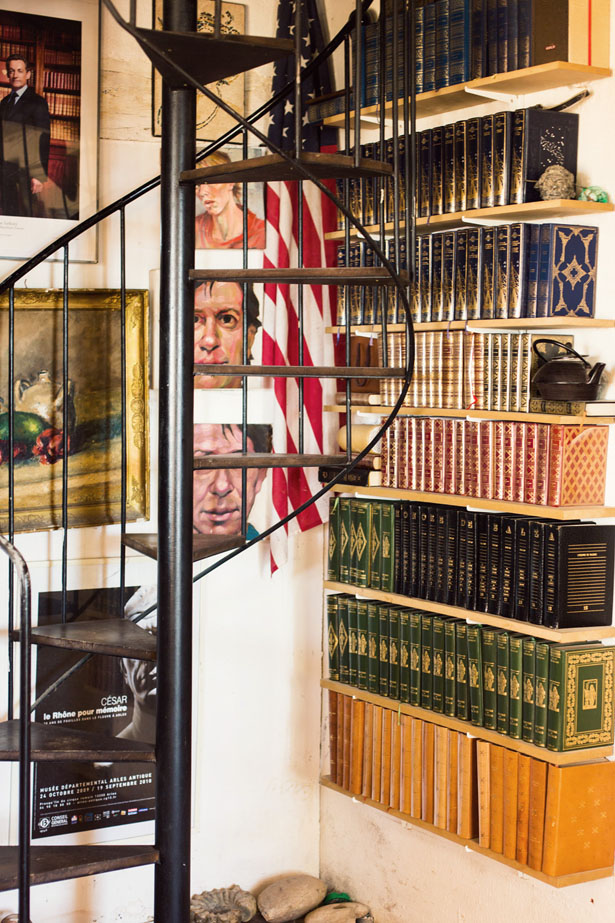 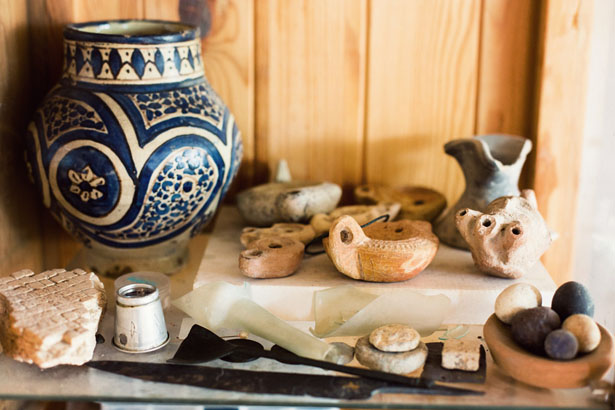 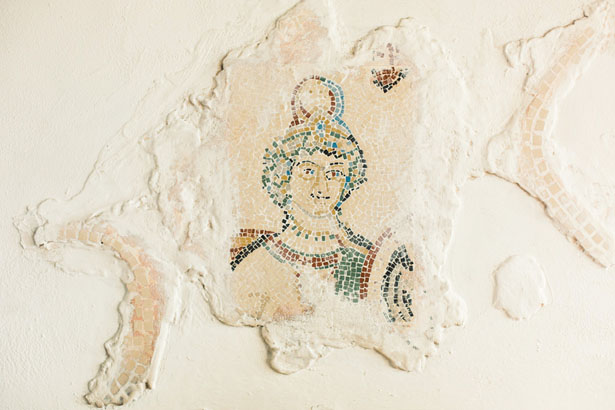 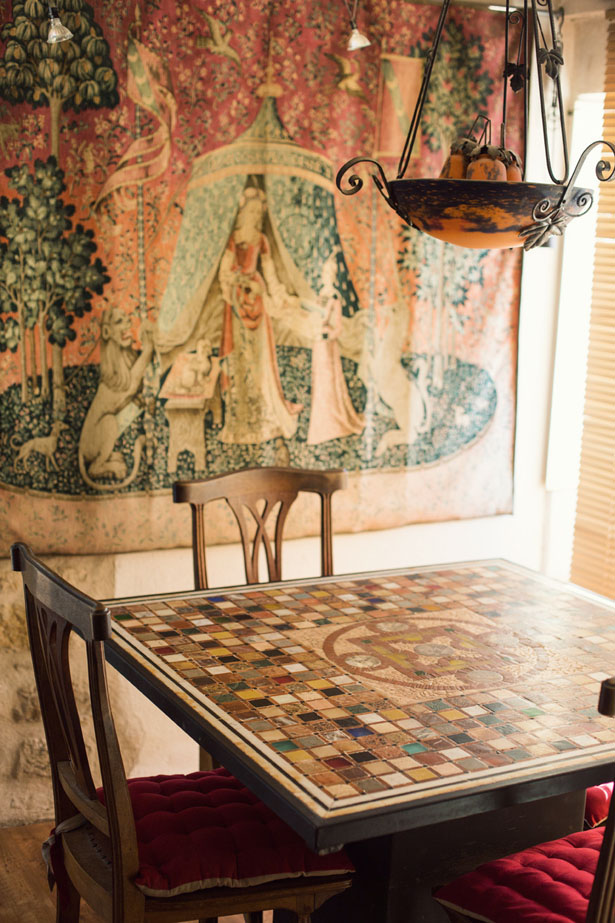 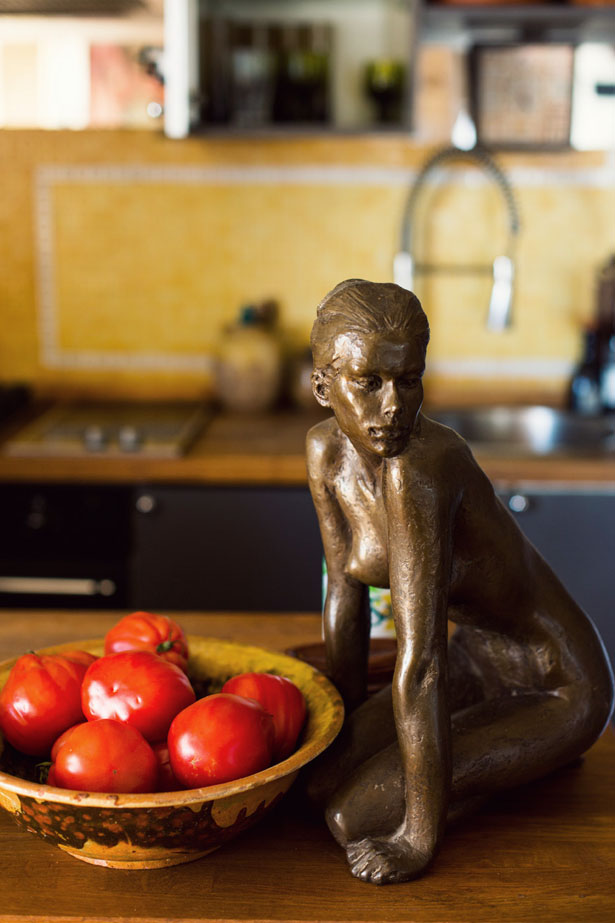 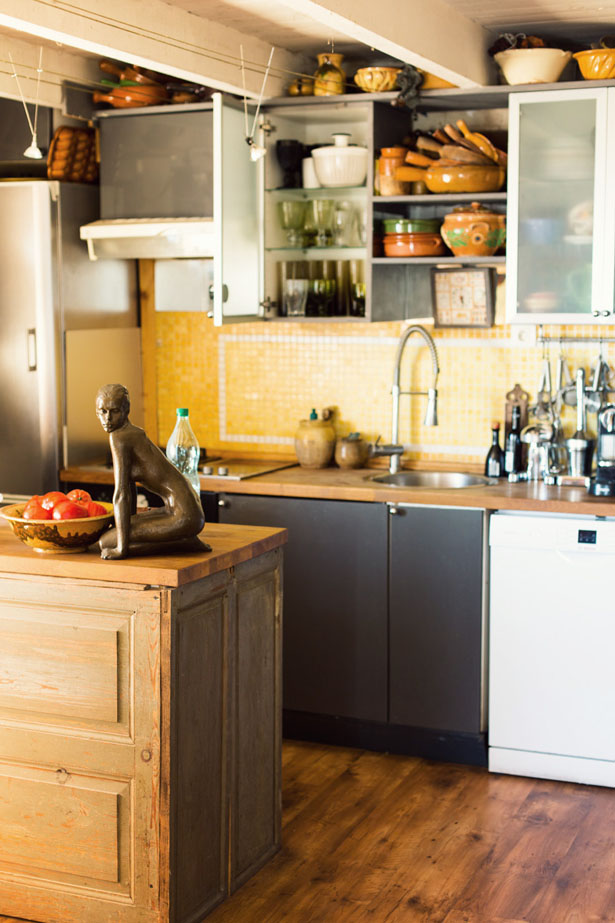 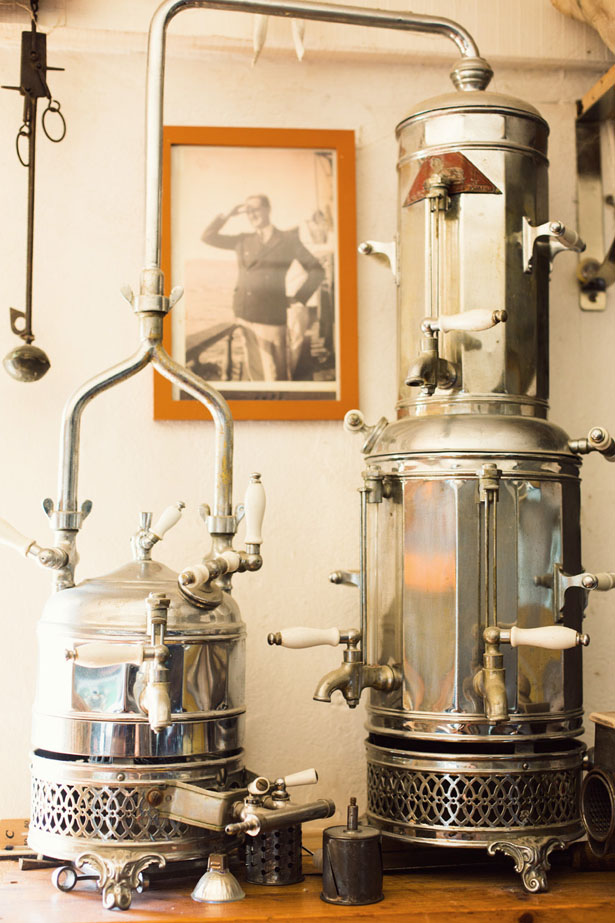 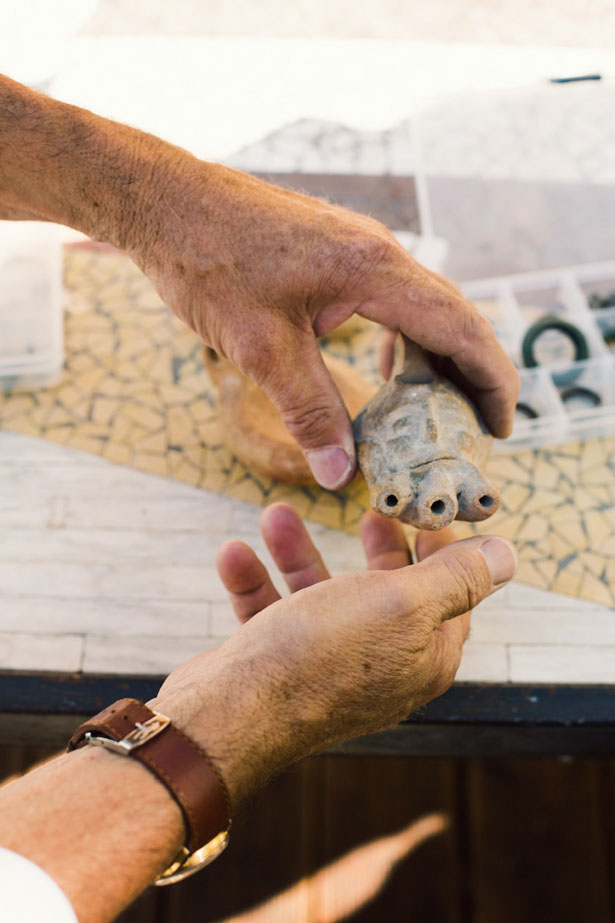 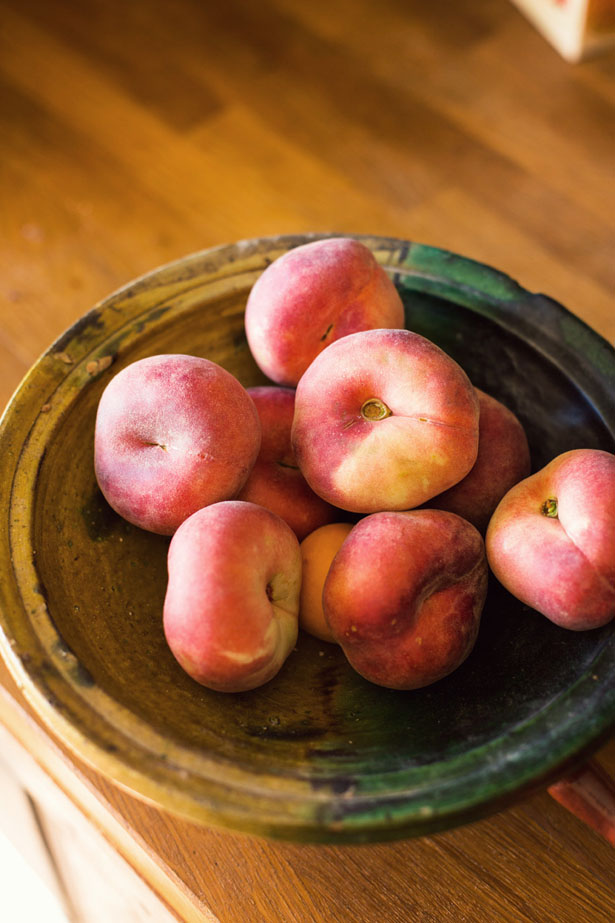 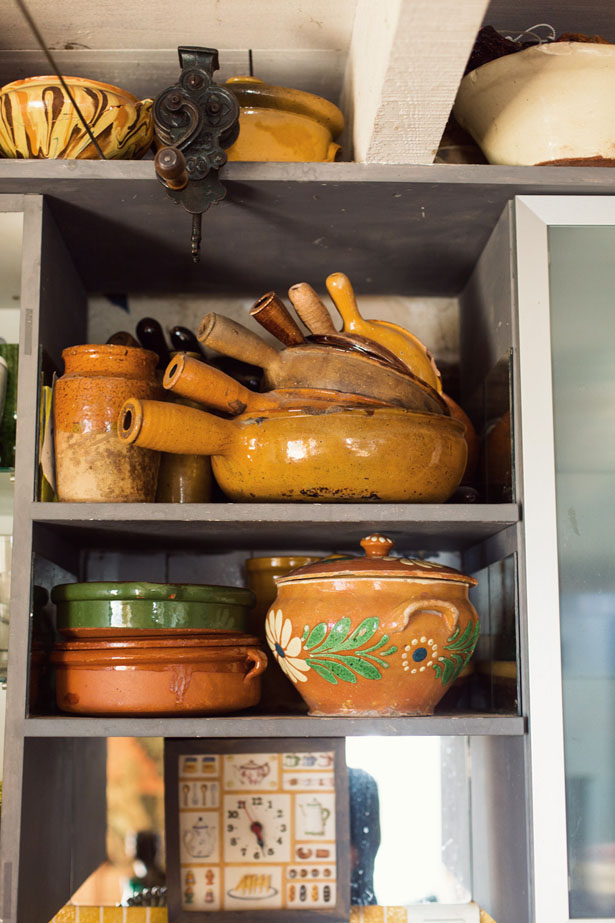 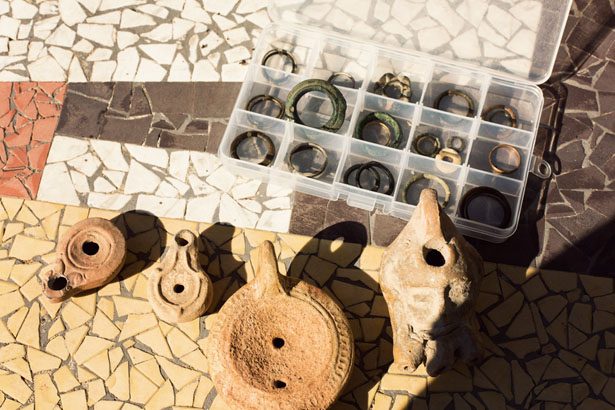 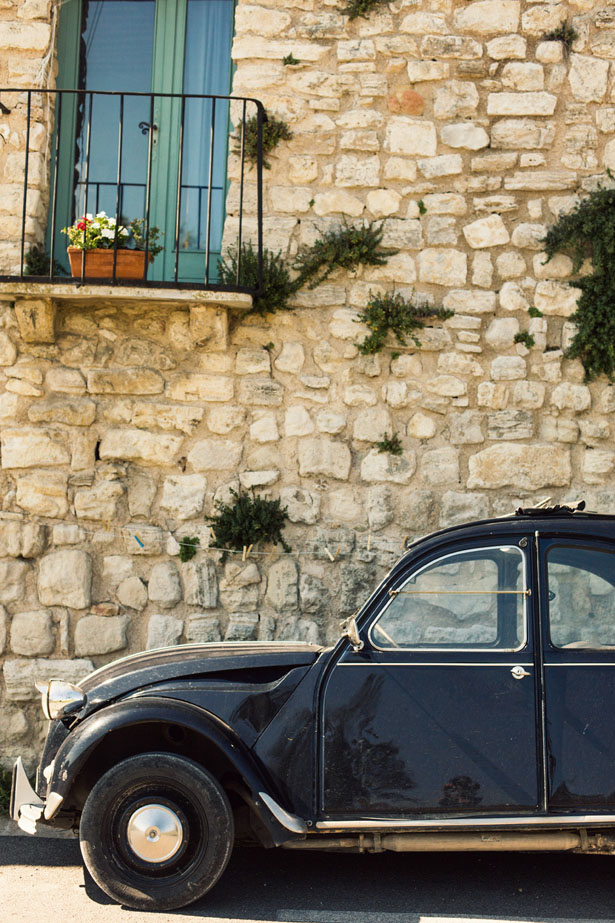 All of our adventures in the south of France: