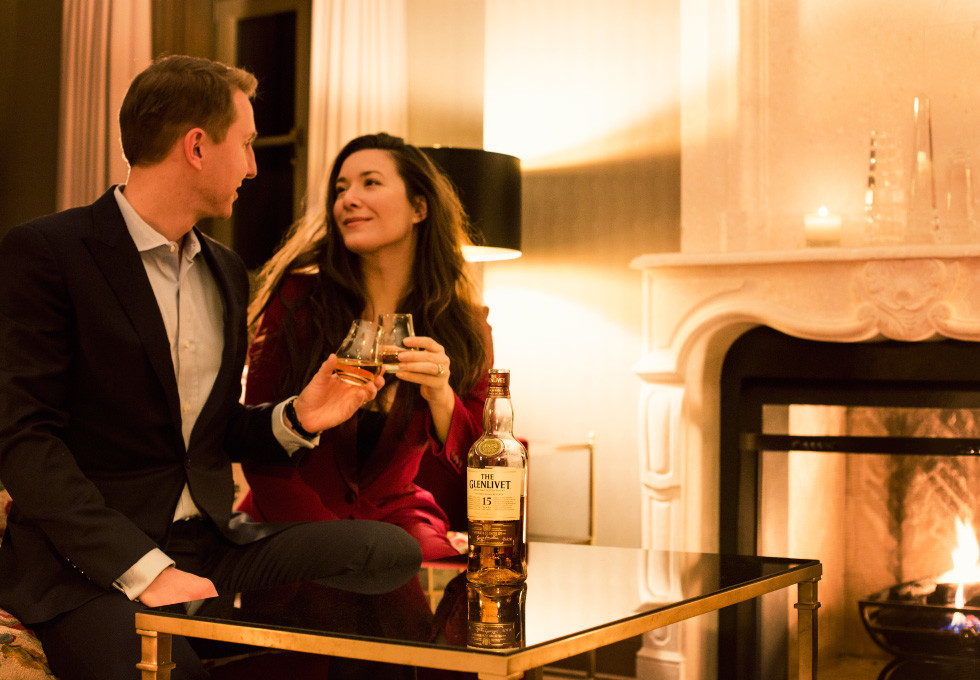 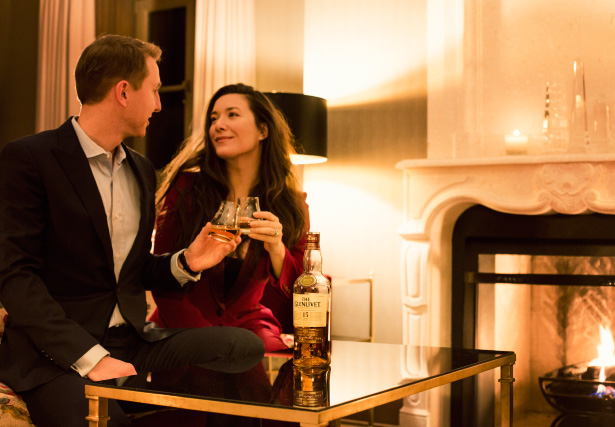 Valentine’s Day always falls in the middle of New York Fashion Week which means for the past 4 years we have been working non-stop and unable to have a proper romantic date.. that is until this year. Kevin surprised me last weekend by clearing my work schedule and whisking me away to Glenmere Mansion, originally built in 1911 as a home for Robert Goelet, for an “early” Valentine’s Day celebration.

We have recently been learning about the world of Scotch. I love the simplicity of a single pour drink if it’s at our studio in New York, or on a weekend getaway, so I don’t have to think about mixers and recipes. I’ll never forget the first time I tried Scotch- it was on our honeymoon on Safari in South Africa. We arose before the sun and had a quick breakfast before hoping in the jeeps- on the breakfast bar, oatmeal with a topping of scotch. What?! I mean.. this blows the “before noon” rule right out of the water. Come to find out, it was a delicious tradition and on those very cold sleepy mornings, just the right thing to warm you up ever so.

Fast forward a few years and we have been slowly learning and enjoying the lessons in scotch. We recently did an amazing flight taste tasting with our friends from The Glenlivet at Highlands, a Scottish experience gastro pub in the West Village. When Kevin was planning this romantic getaway he took inspiration from that evening and bought us a bottle of  The Glenlivet 15 which he knows I’d like because of its sweeter notes of almonds and spice. I love it’s distilled in French oak which makes it creamy and rich which I prefer, as a woman, to the other smokier varieties. The best part about gifting and receiving a beautiful scotch if you’re a man or woman is that you get to share it together, what each person individually smells and tastes and untimely make memories wrapped in the beautiful glow of golden honey.

So here we are, at the historic Glenmere Mansion, a place to cradle us away from the noise of the city and to spend the hours snuggled by the fire with the winter air breaking outside as we sip on scotch to keep us warm. This amazing experience was made possible by our friends at The Glenlivet~ 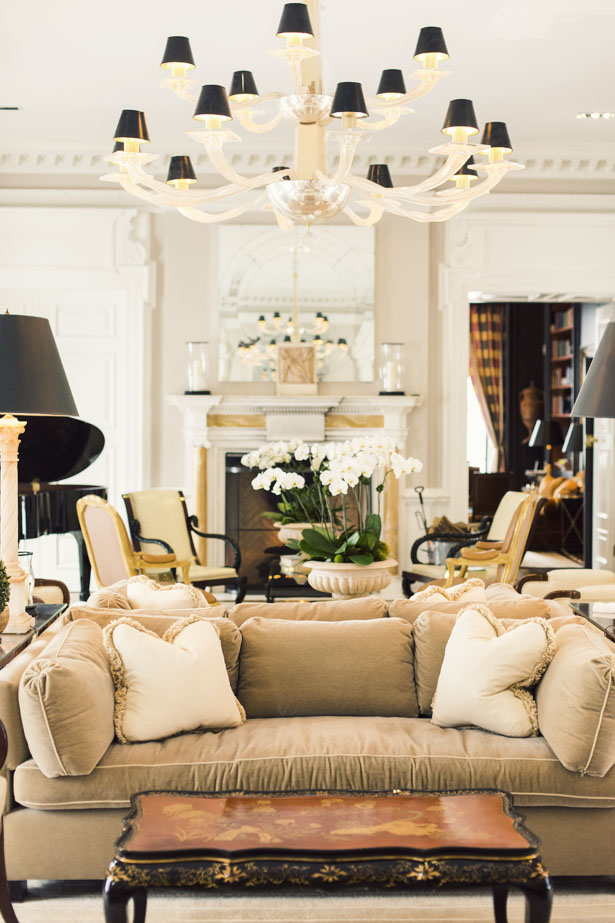 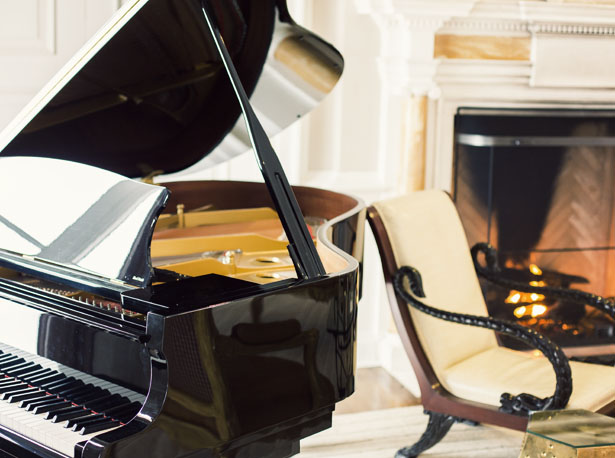 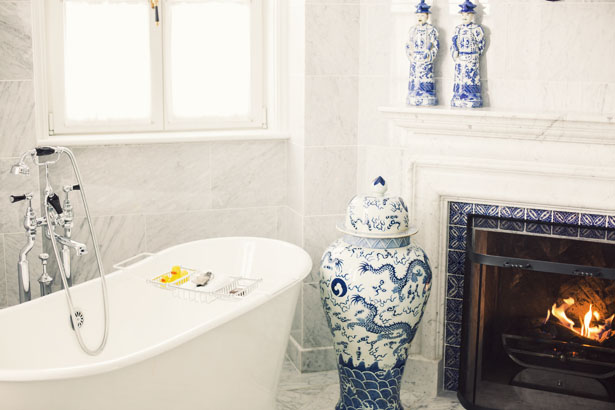 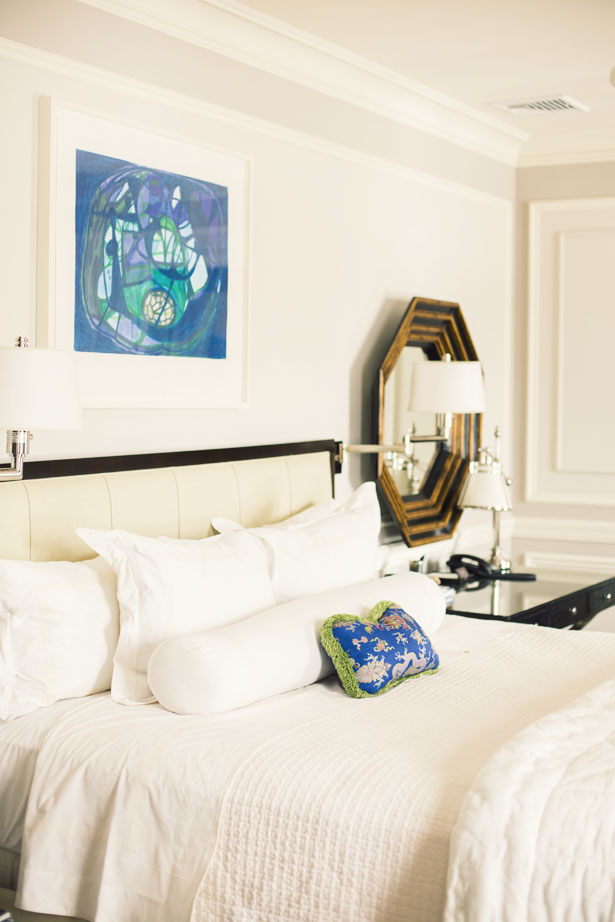 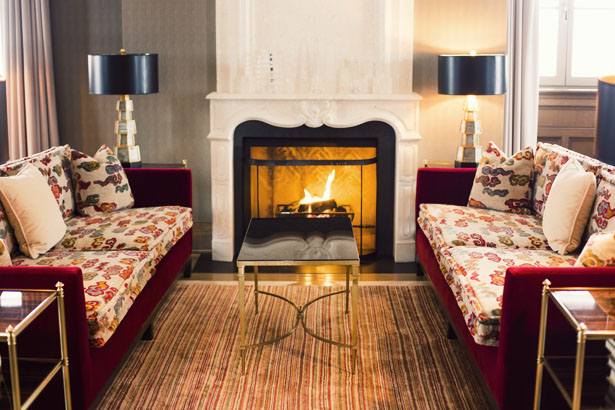 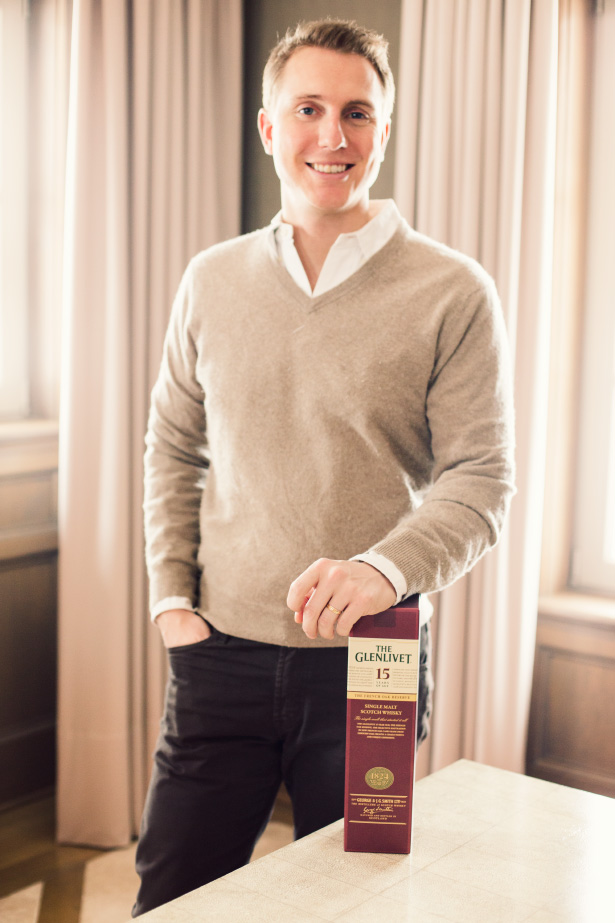 “Last year I decided to educate myself about Scotch, something I knew very little about. When I went to the wine shop on our street I asked for some recommendations for where to start, and they suggested The Glenlivet 12 as a starter. Jamie and I both really enjoyed it, and knowing her palate I knew the 15 year would be a great next move.” 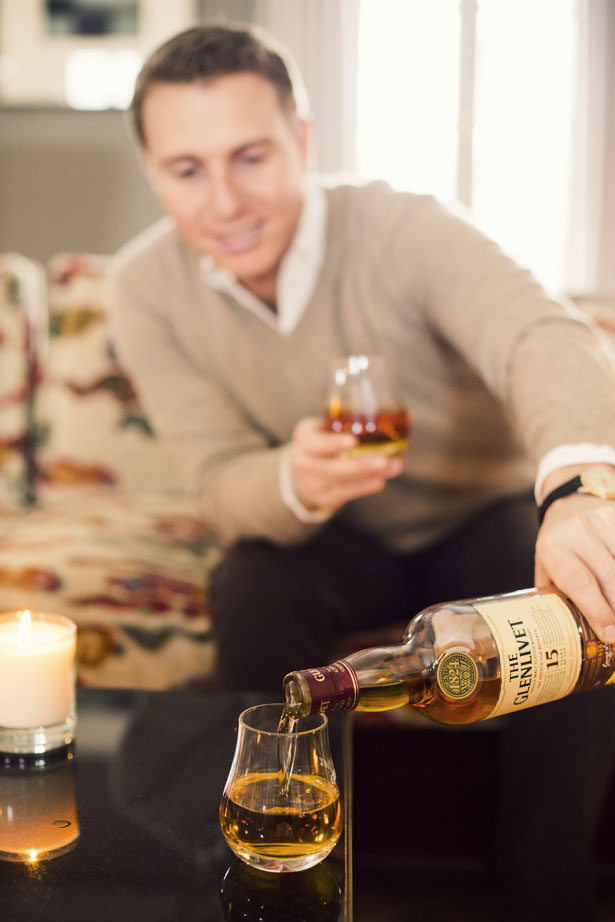 Things I’ve learned about The Glenlivet:

The Glenlivet was the original Scotch, supporting an idea we believe in strongly, to be an original.

Why “The” Glenlivet?: The Glenlivet is known for its smooth and elegant whiskies. It was renowned and other distillers copied and took advantage of this fact including copying their name! George Smith’s (the founder) sons and heir went into a lengthy battle to secure the rights to be known as THE GLENLIVET to differentiate it from the copy cats.

This region of Scotch making is known for producing very smooth, easy and soft spirits.

On the rocks or straight up? It’s a personal preference but how they described it to me was that by drinking it room temperature you have a fuller, robust flavor. They likened it to a walk in the forest- the smell of the forest after a freshly fallen snow is more muted as opposed to its natural state, or after a warm rain (adding water). 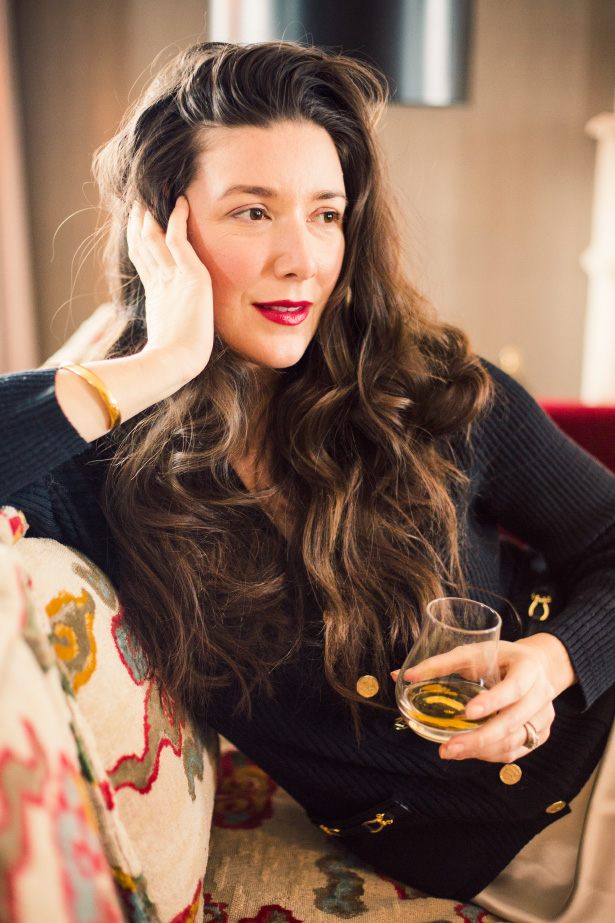