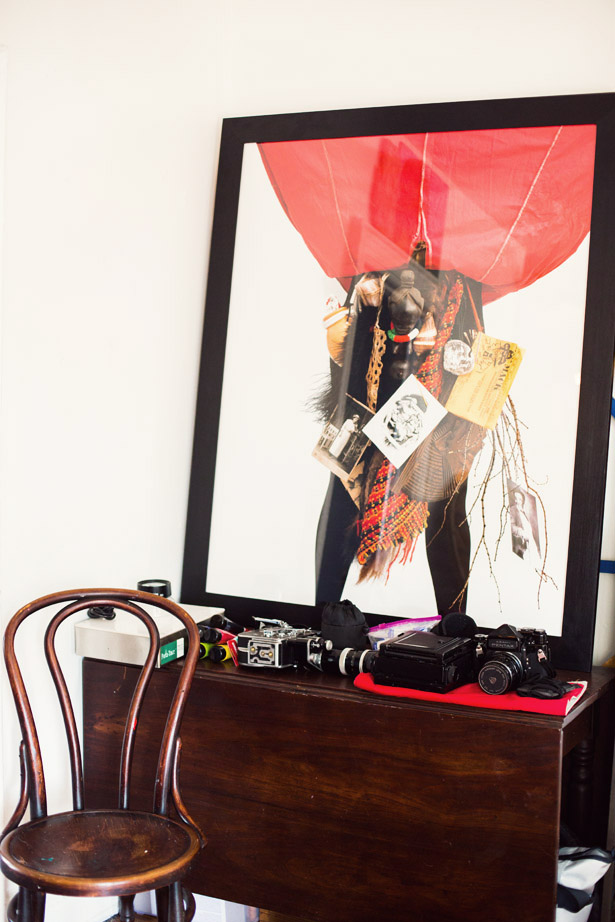 Xaviera is an artist in so many senses of the word: creating performance art, shooting large-format film and videos, and building textural sculptures are among some of the many facets of her art. While we may see each of these as separate practices, for Xaviera they are deeply connected:

It was so inspiring to speak to her about each part of her work, her ideas of success, the thought and process behind her pieces, to hear the language of her work fall into and support each other…read more about Xaviera below: 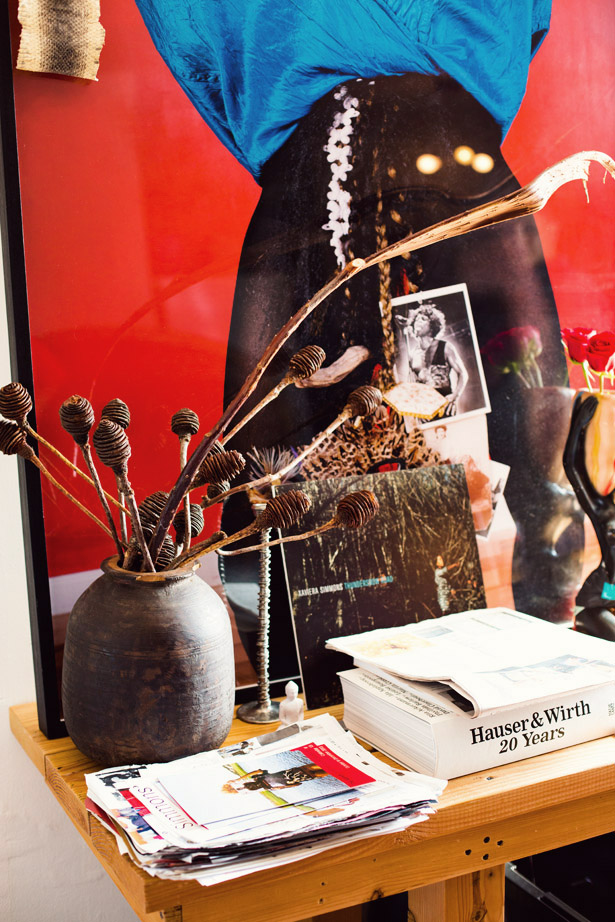 On the inspiration for her series, Indexes:

I started making collections, and then trying to construct a narrative based on these collections of things. It was just inherent for me to put it on a figure and have this revealing happen. And also thinking about sculpture but letting it exist as a photograph.  So this work, it’s really becoming some of my favorite work. 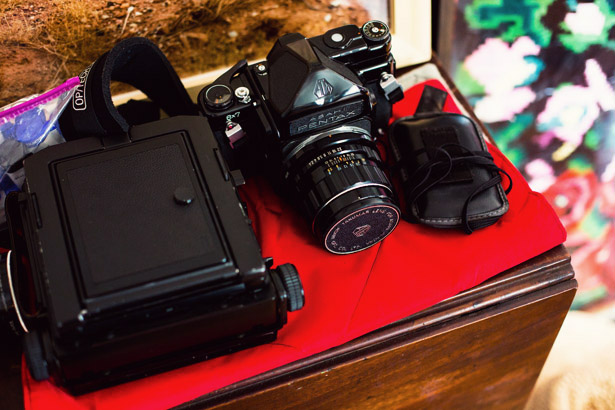 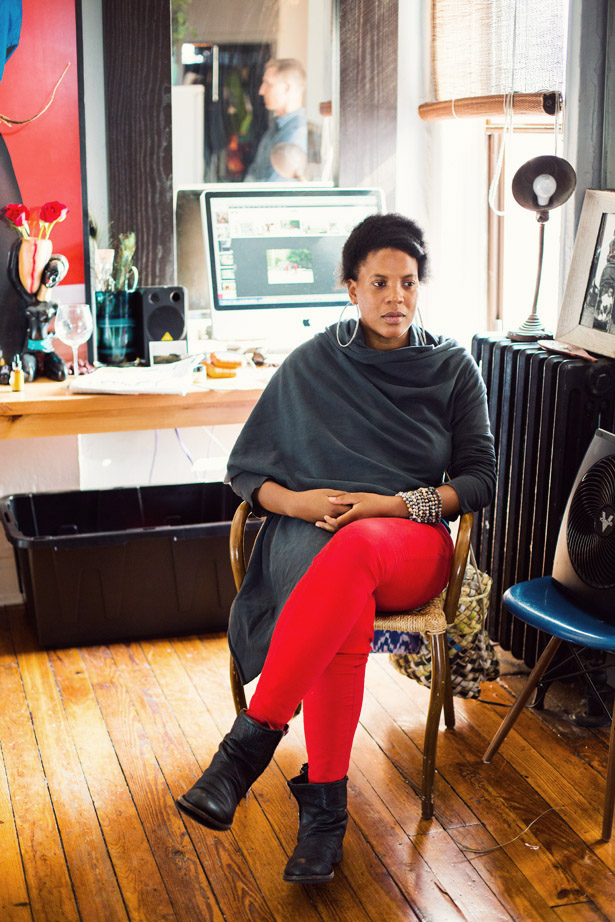 What comprises all of your work?

So my studio goes in cycles: there’s a performance cycle, but now I’m going into a photography and sculpture cycle, which is why a lot of these works are out…I’m looking at these works and trying to build on them. Because I just spent a year making primarily performances. So now I’m really excited to make photographs. 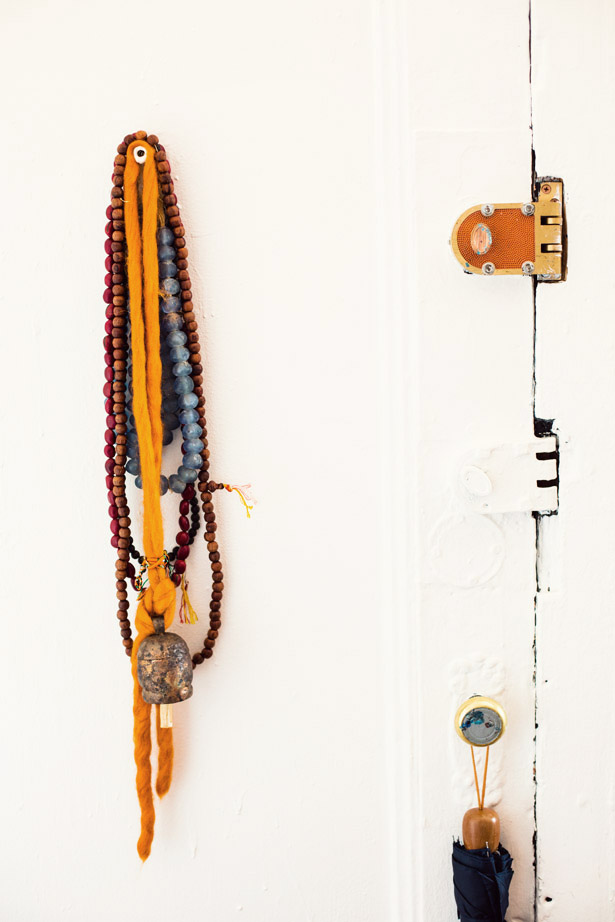 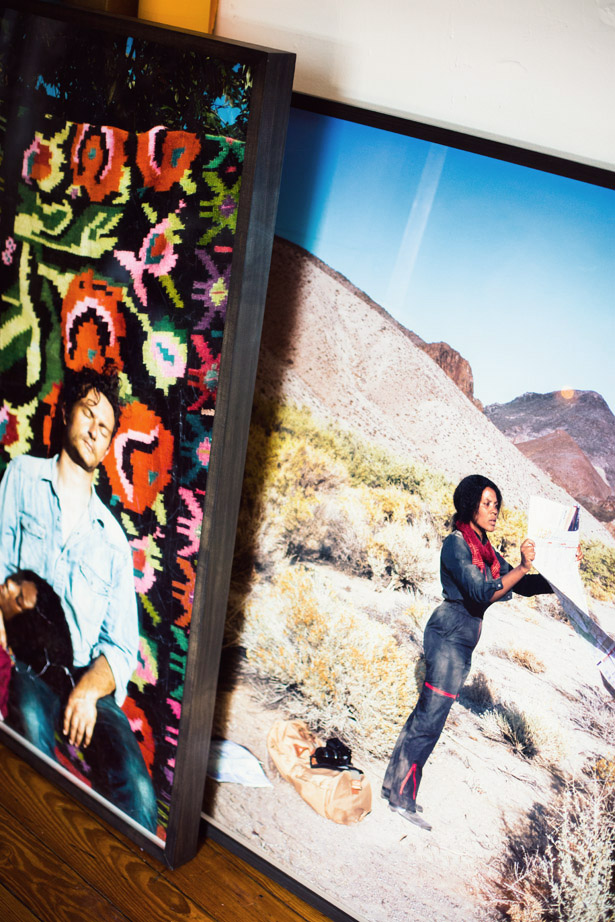 Is performance something new for you?

In these photographs – it’s not me, per se. I mean, obviously it’s my body, but I wanted to construct characters based on these landscapes and fill these landscapes with different characters. That’s how I started to perform a lot and then I started to write scores, and those scores led me to wanting to perform, first in front of people, and then for the video. So…performing has been in my life for a long time. 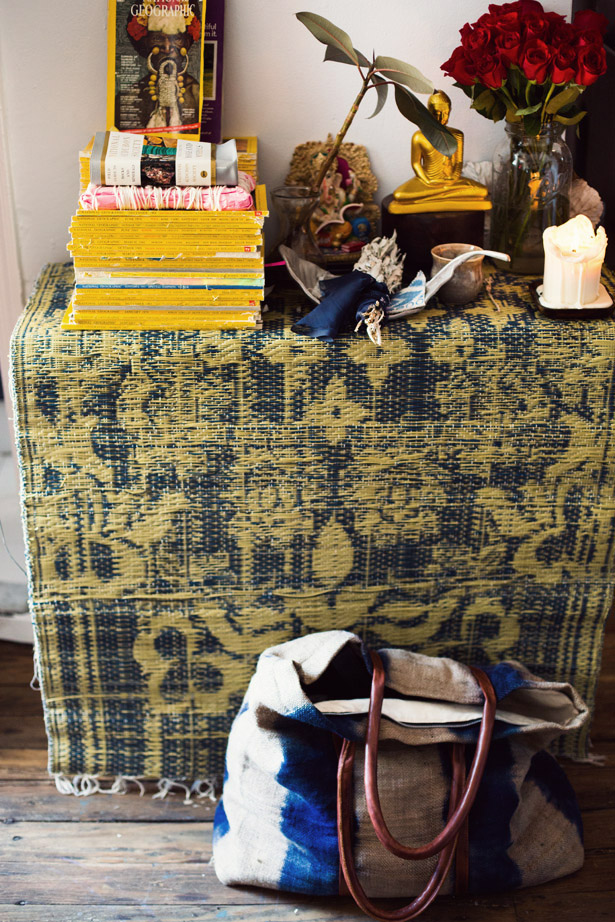 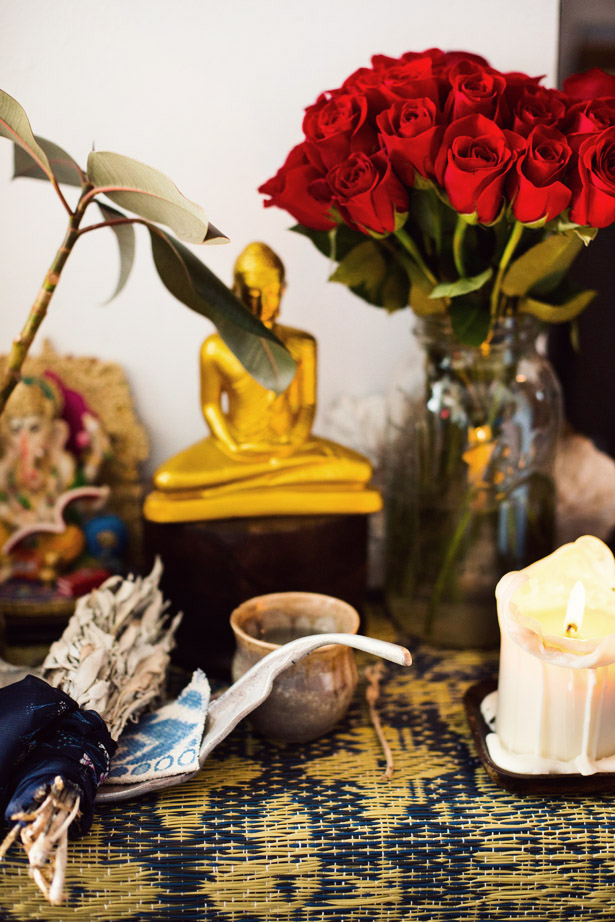 On her religion, pilgrimage, and relationship to landscape:

I grew up Buddhist. So the Buddha, two thousand years ago, when he reached enlightenment, he went on a walk after. He walked to bring knowledge to different people about how he reached enlightenment. I lived with monks for two years and we did a walking pilgrimage…they’re a walking order, they believe that the only way to bring knowledge to people is by walking and sharing that knowledge. Our walking started at the eastern seaboard of the US, and then to the Florida Keys, and then we took a boat to Cuba, and Haiti, and Jamaica, and Trinidad, and we walked through those countries with the monks, came back for a week, and then flew to the west coast of Africa – started in The Gambia, and walked to Nigeria, and then flew to South Africa and then I hitchhiked to Ethiopia. So…two years of walking, I think, is why I have a very particular relationship to land and landscape. 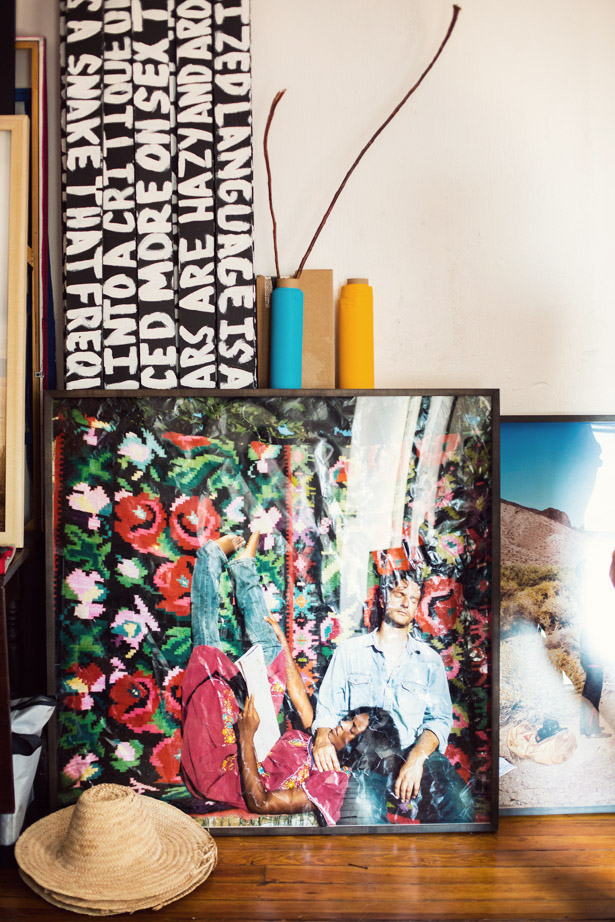 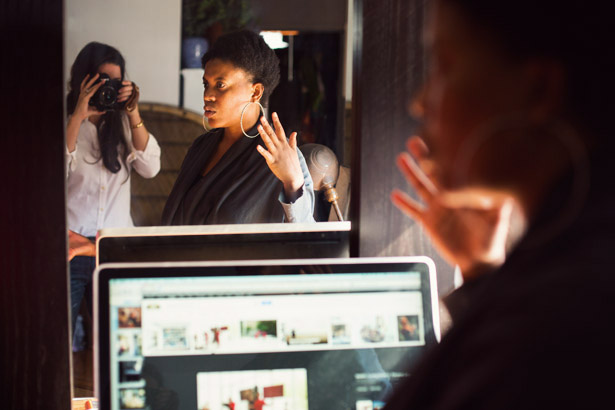 On how to be a successful artist:

I’m a pretty optimistic person. I feel like I’ve worked my ass off for every single moment, and I’ve also been met. I feel like perseverance will top everything. I think if people can really focus on that, on persevering and communicating and keeping themselves going, that you’re going to be met. 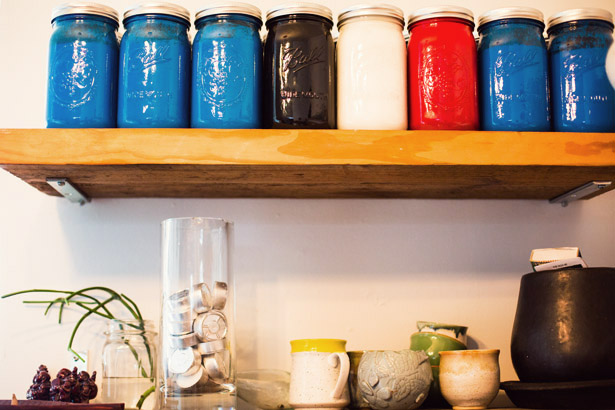 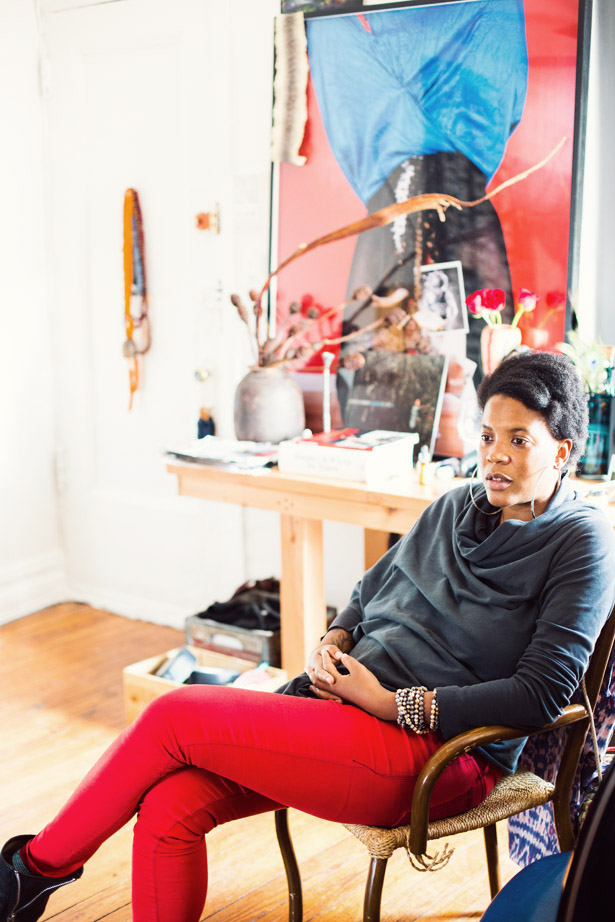 When I give lectures, when young people ask me, I’m like, There’s a point where you have to take care of yourself. Be it therapy, or whatever. Take care of your mental, spiritual, whatever you need to do to get over your stuff, because we all have stuff, but at the end of the day, that’s not really going to move me to where I want to go and it’s also not going to produce my work, which is what I really want to do. 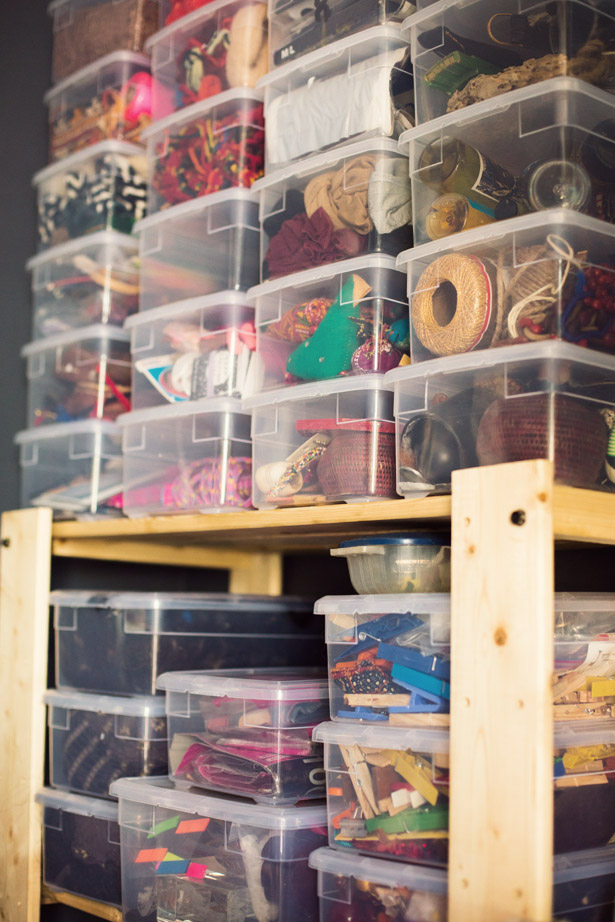 I need [the studio] neat so it can get messy, and then it can get neat again. So we’ll make a huge mess – I’ll shoot in here, we’ll shoot videos, we’ll turn the studio into a film set, move things around, put things everywhere, and then, at the end, it has to go back neat because it’s how I generate my ideas. 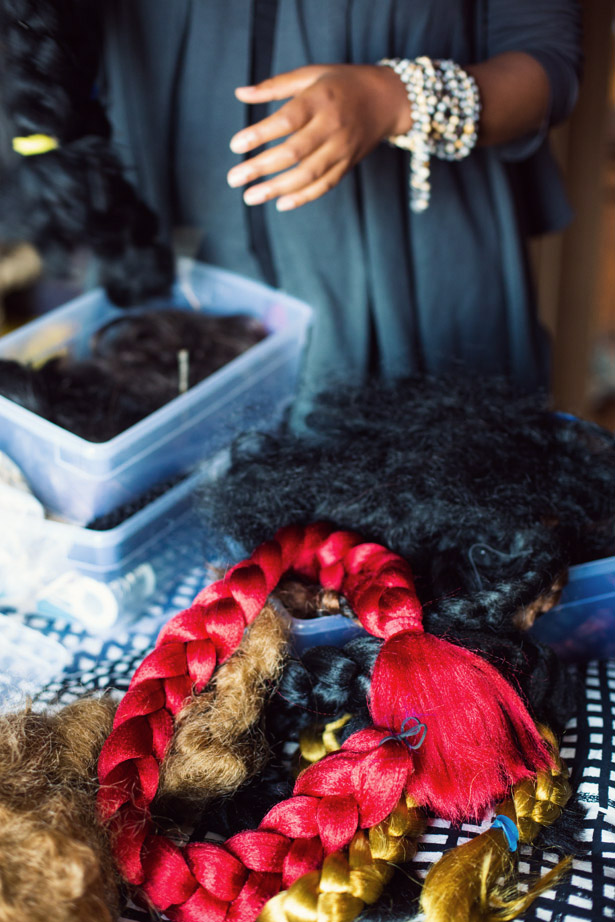 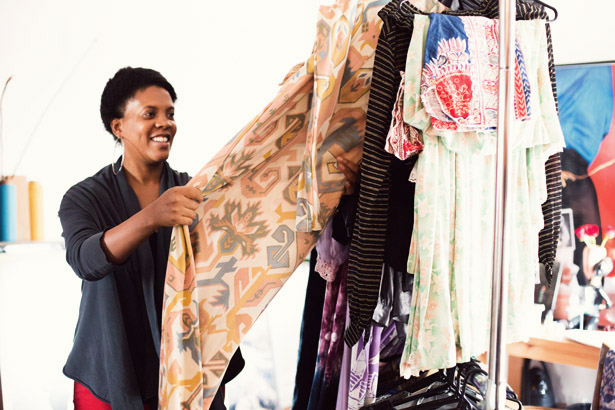 On her collection of fabrics and the process for her photographs:

I do treat myself, with these fabrics, for my work. I don’t skimp. 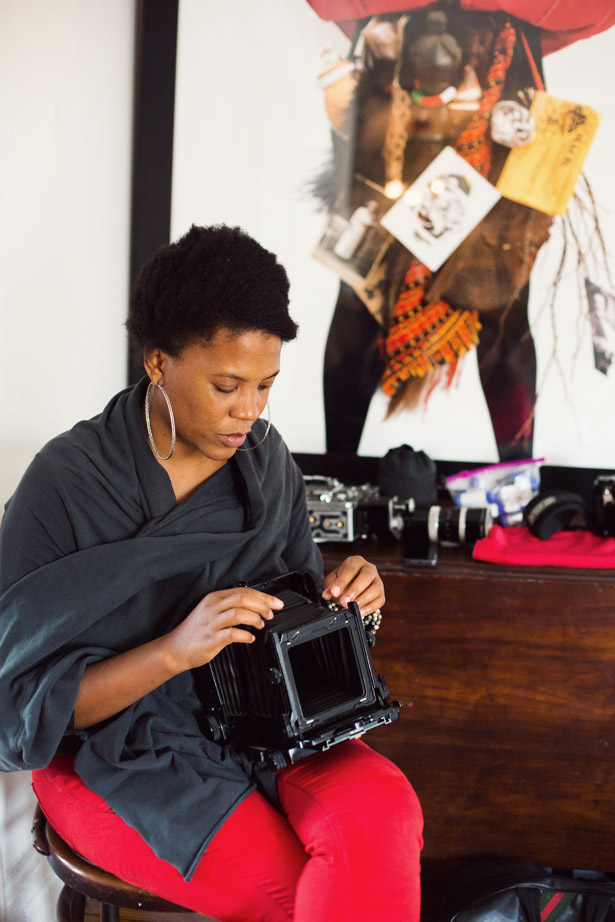 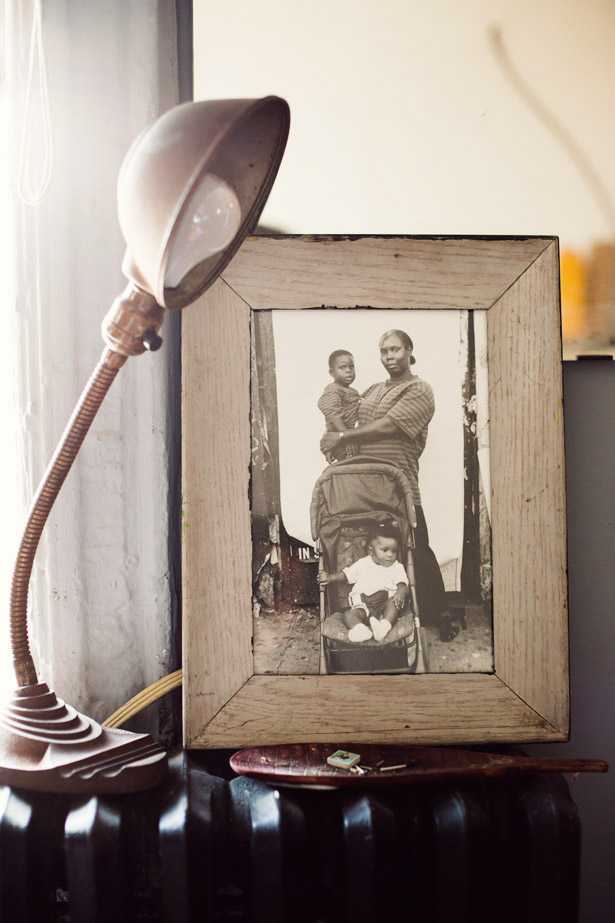 On her street portrait series:

That’s a series I’ve been doing for, I don’t know, seven years, where it’s free portraits. I go in the street and give these photographs to passersby, so that’s a project. They look perfectly carved. Yeah, those are fun. 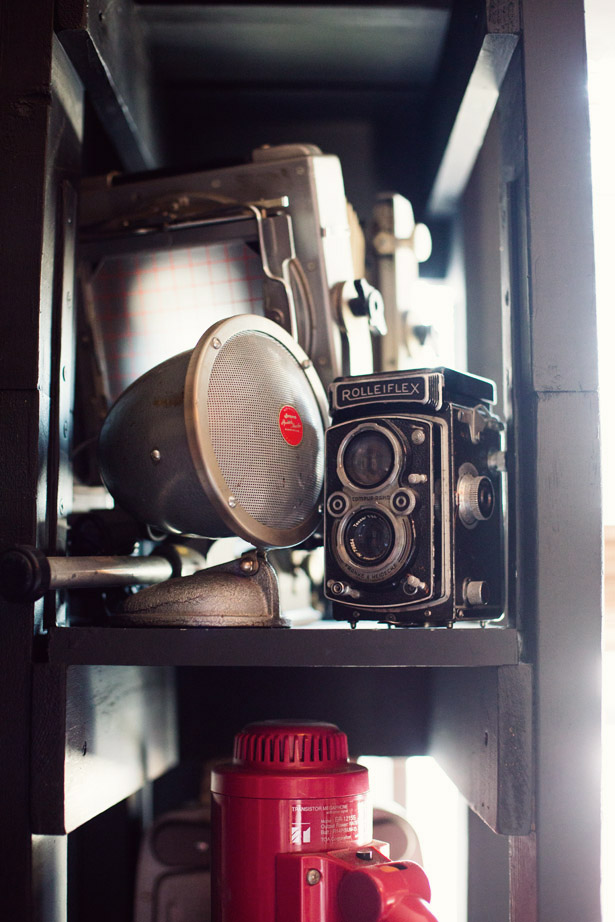 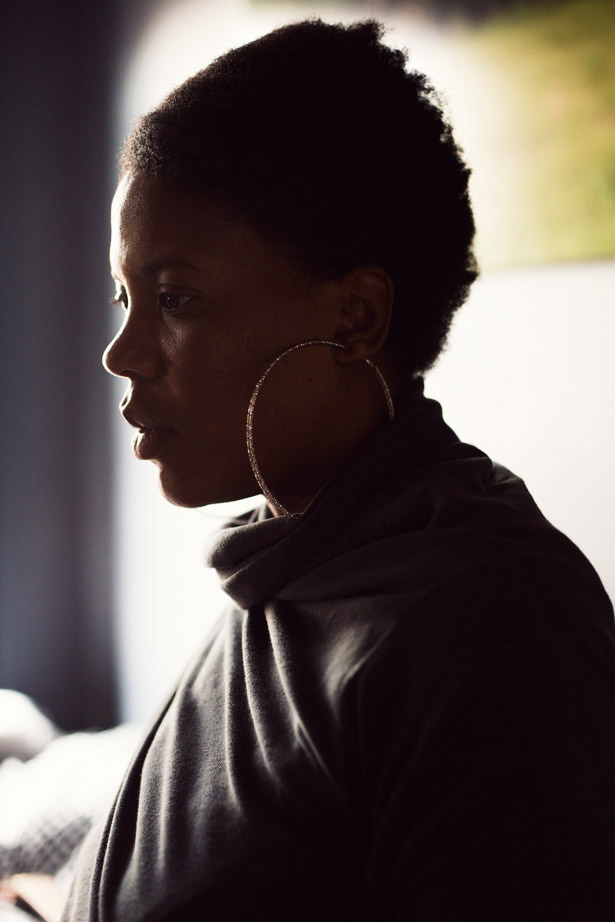