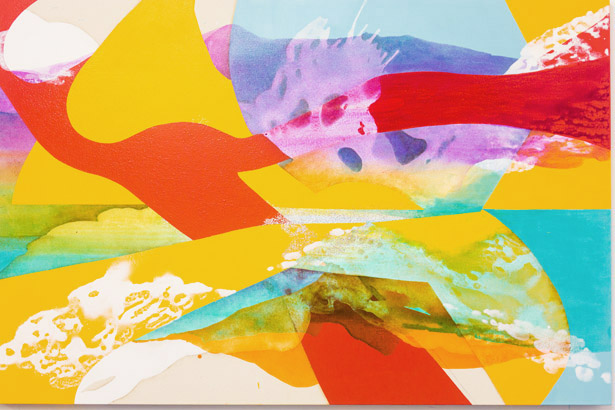 Our studio tours continue with art buyer and lifestyle consultant extraordinaire Maria Brito, leading us to the fascinating and prolific Carrie Moyer…

When you visit Carrie’s studio, you are struck by a wave of intense, bright colors – from paint spatters on the furniture to the bottles of paint on the shelf to the gorgeous, abstract paintings on the wall. It comes as no surprise, though, given Carrie’s colorful background – from her work in the nineties as part of the duo behind Dyke Action Machine! to her growing body of paintings where she refuses to use black, Carrie Moyer is no stranger to breaking rules and stretching boundaries.

Her work is not only full of color, but full of texture, inviting you in to ponder the abstract world she has created. In this world, we sat down to speak with her about her past work, future work, inspiration, and what she thinks about women in the art world… 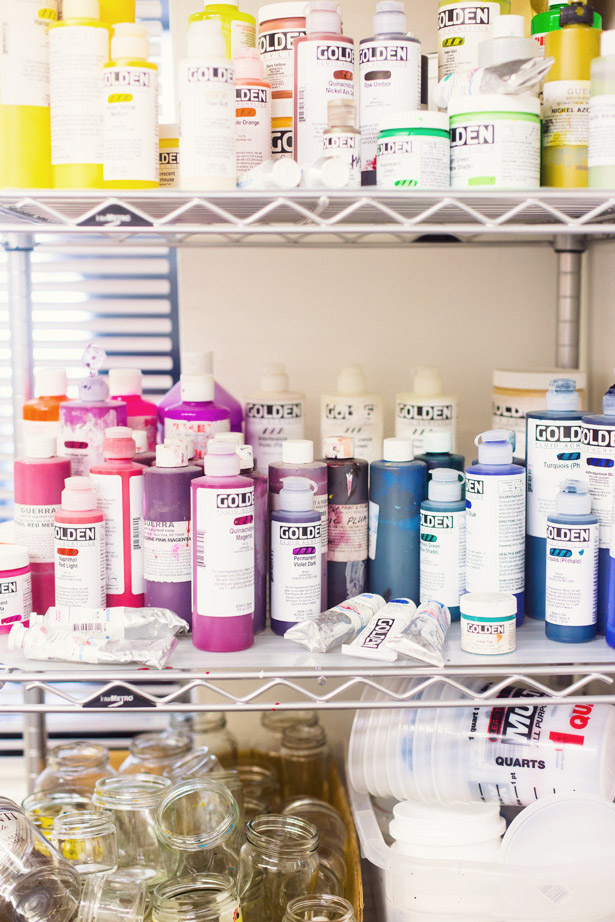 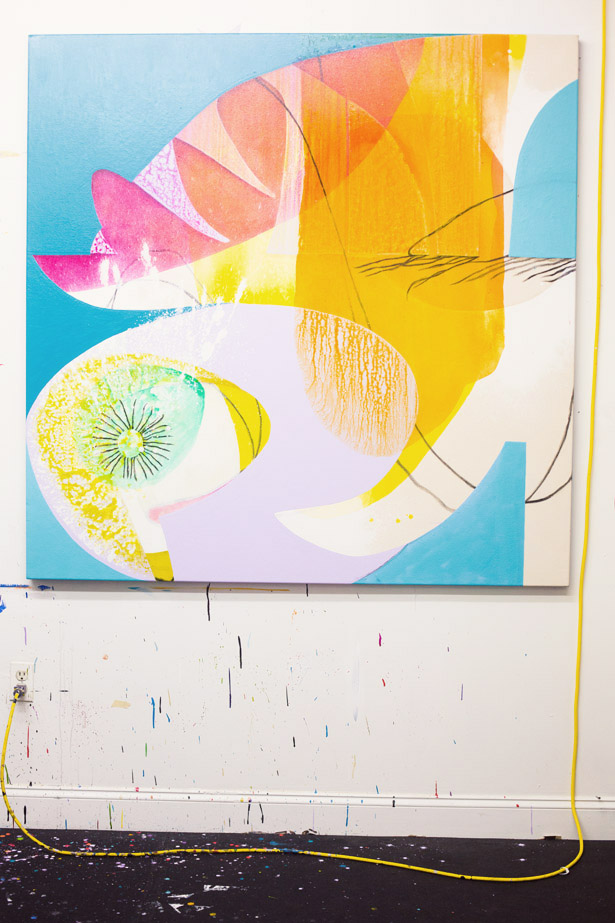 How she would describe her style:

I’m interested in making things that feel familiar but you’re not exactly sure what they are. It’s the idea that it might be a landscape, but you’re also destabilized. You don’t know where you’re standing in relationship to it. So it’s the space that I want you to be able to keep unfolding and keep opening up. And of course, that contradicts the idea of a painting anyway because it’s totally flat. 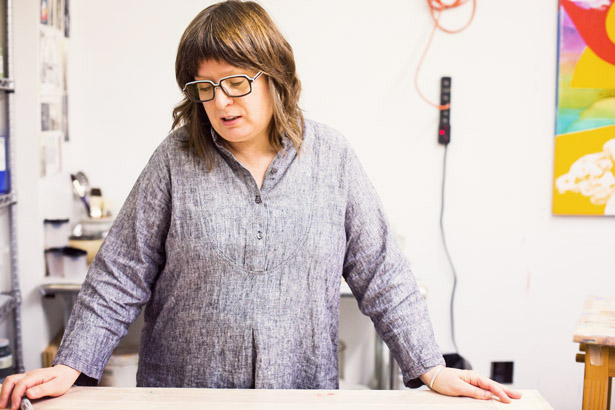 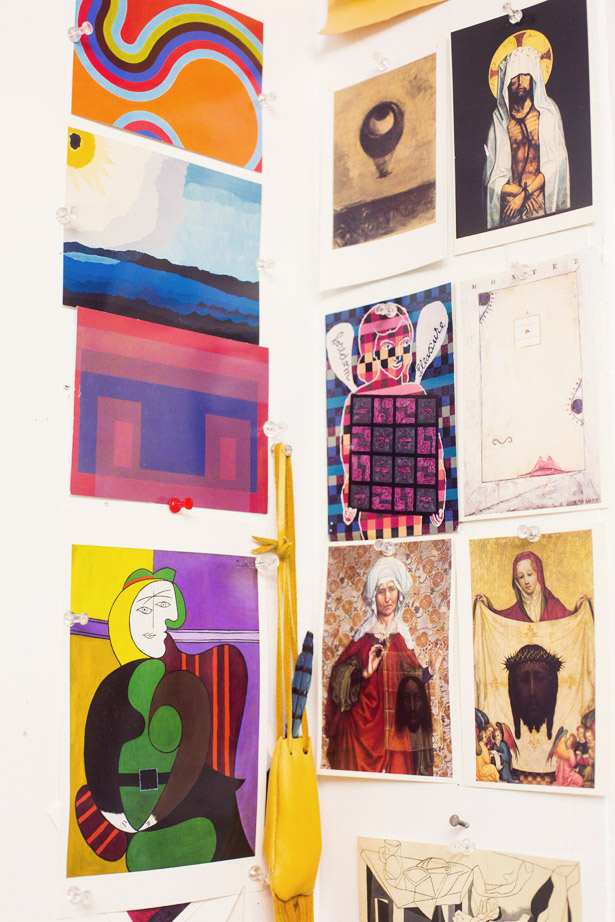 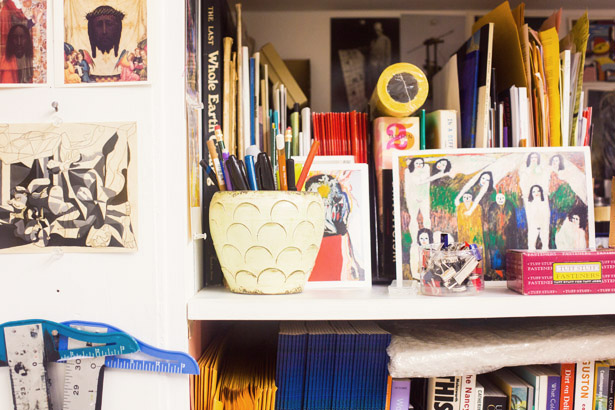 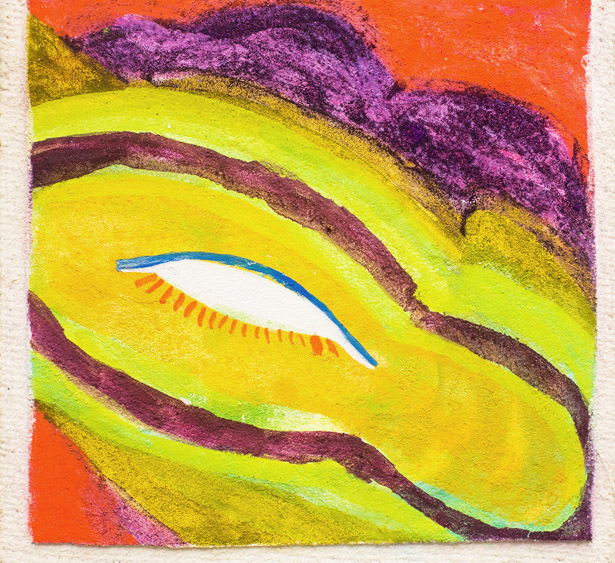 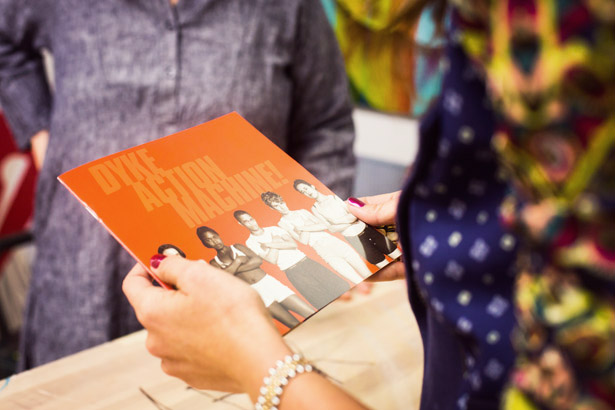 On her work with Dyke Action Machine!:

It started in 1991…it was a project where we (Carrie Moyer and Sue Schaffner) sort of went in and hijacked street advertising and did our own versions of it. At the time, there was very little exposure for gay people in mainstream media, especially lesbians. So…that was our project.

Well, this is very historical, actually. It sort of sets up…it was way before Ellen, it was way before Queer Eye for the Straight Guy, you know, way before Bravo and all this stuff. Media and television glamorized gay men, but…[gay] women were absent. You were the gym teacher. 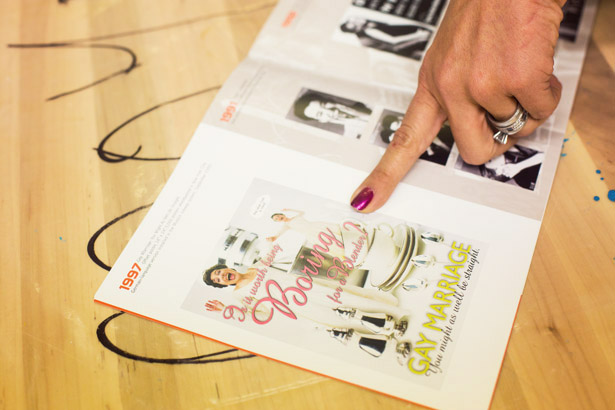 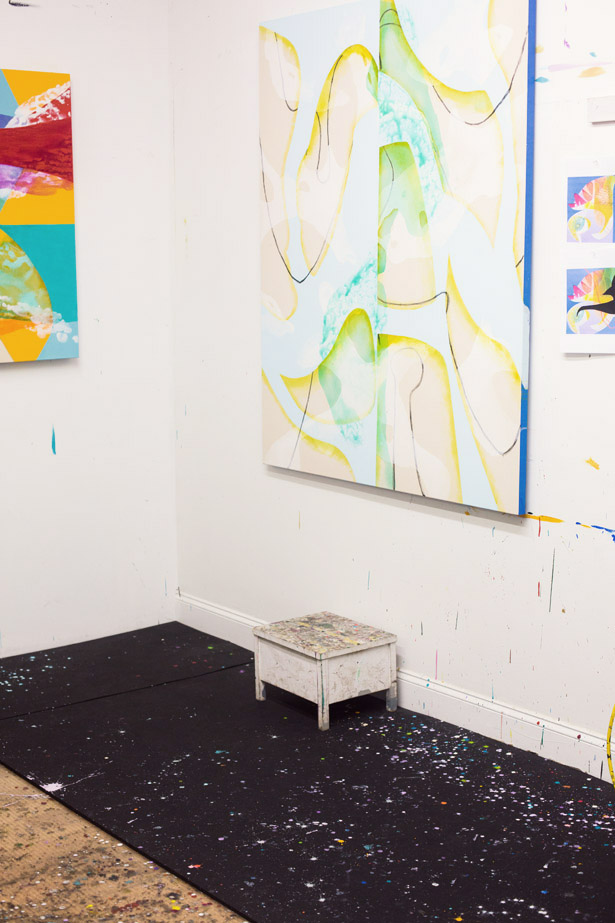 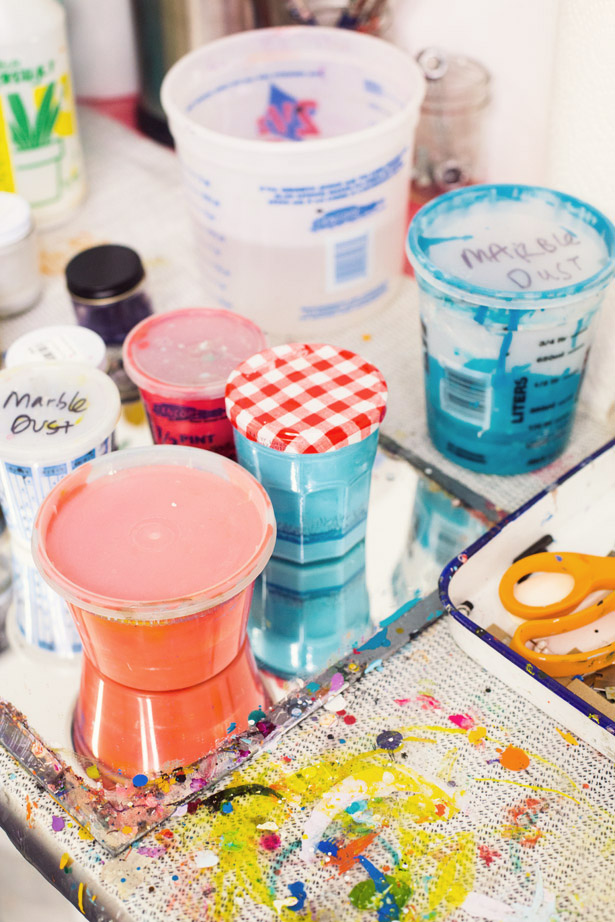 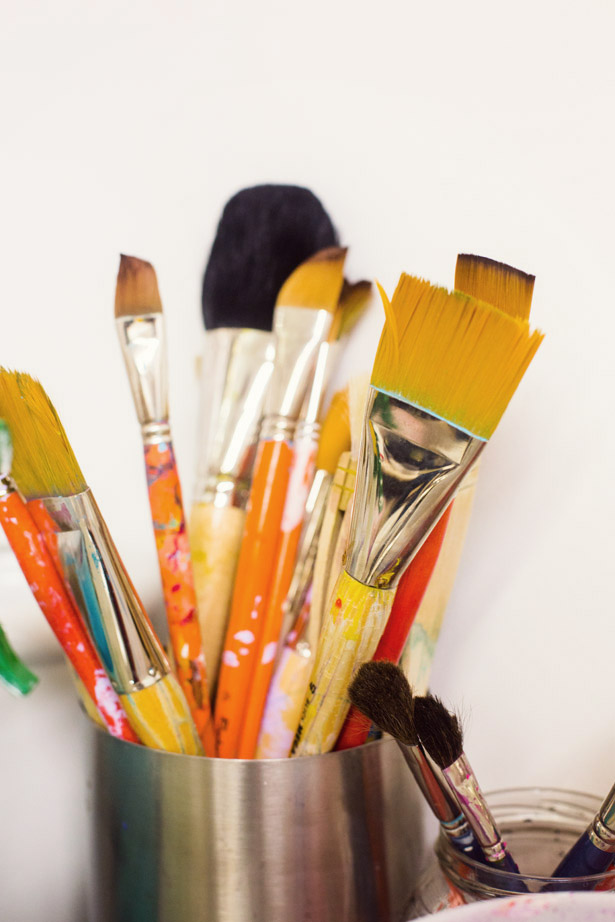 I’m a big fan [of Georgia O’Keeffe]. She’s the person where you grew up thinking, “Ohh…corny. Georgia O’Keeffe, she’s the only woman painter.” But now that I’m grown up, I think she’s amazing.

The person I’m really into right now is Elizabeth Murray. I love her. And – he died a couple years ago – Stephen Mueller. He was a really amazing painter. 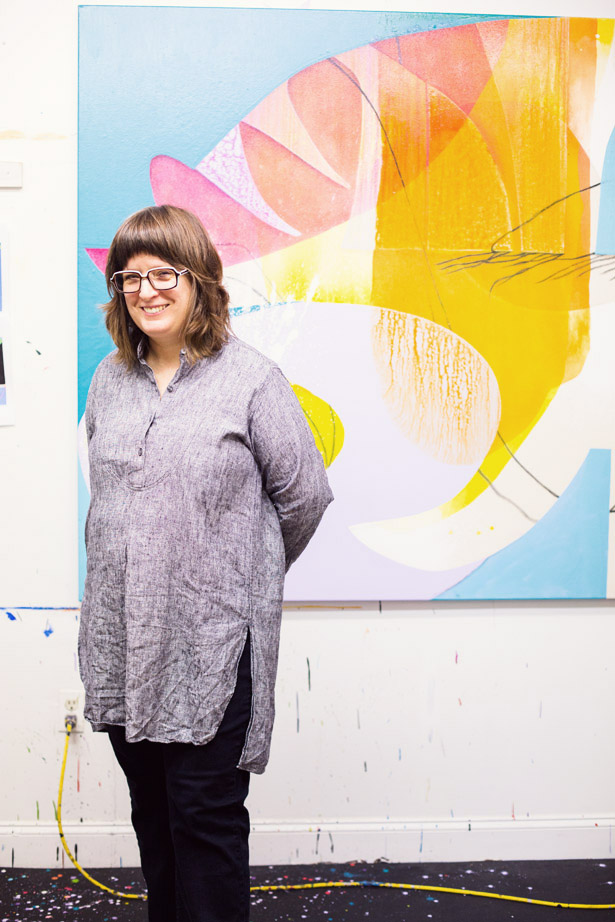 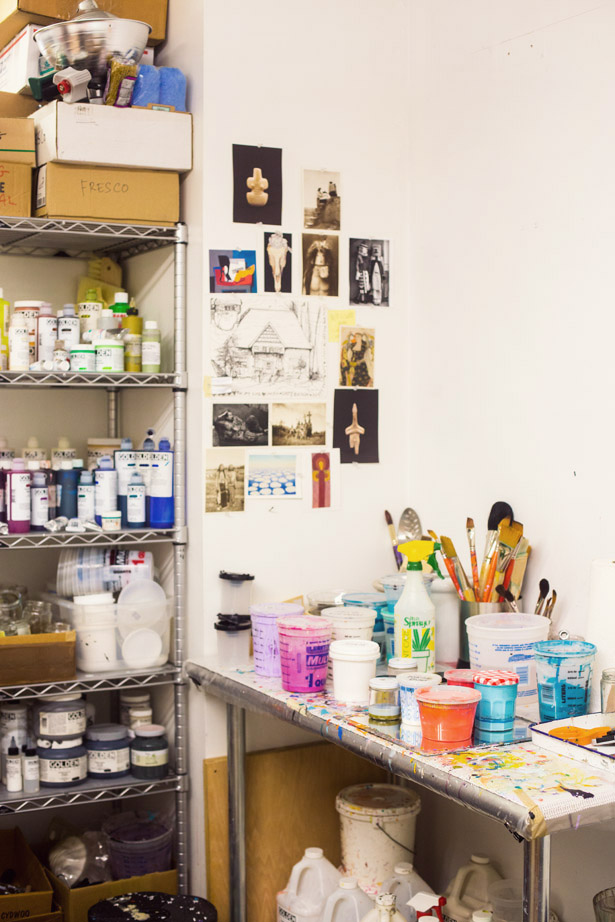 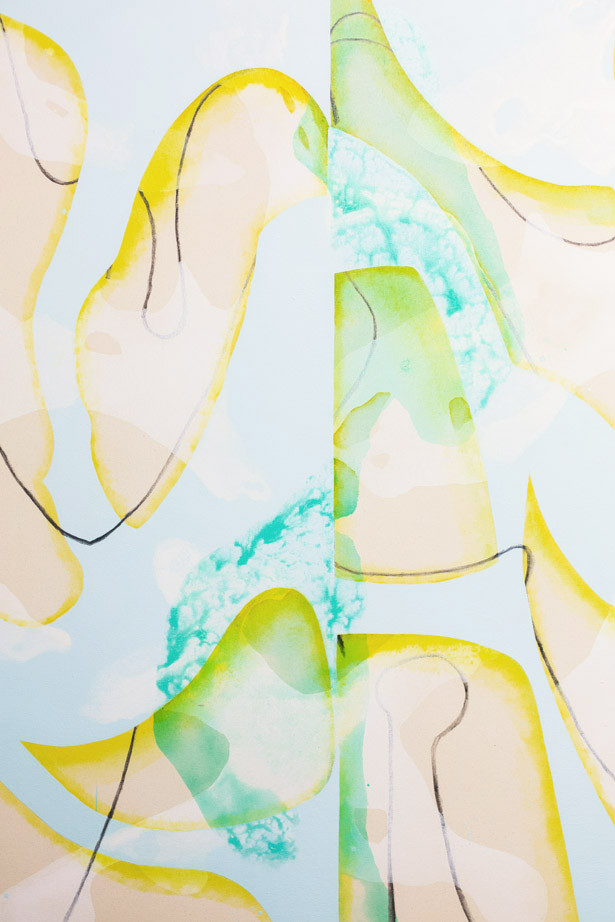 On the difficulties of working as a female artist:

I think there’s still a glass ceiling in the art world. And in every world. I mean, look at Hillary [Clinton]. She was Secretary of State, but people were still talking about her pantsuit, you know what I mean?

I mean, it’s incredibly hard to be a successful artist anyway, whether you’re a man or a woman. But I think there’s a certain kind of person that the art world loves – Joe Bradley is a great example of that. It’s the kind of like, thirty-ish bad boy thing. There’s not really an equivalent of that…those roles don’t really exist for women yet, these caricatures we can sort of fill in. Except for the crazy old lady like Louise Bourgeois. 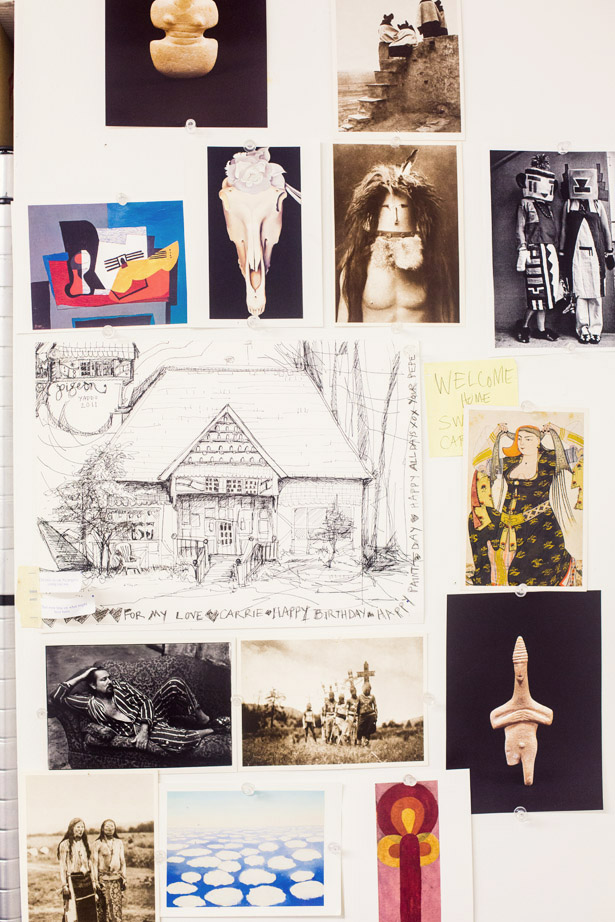 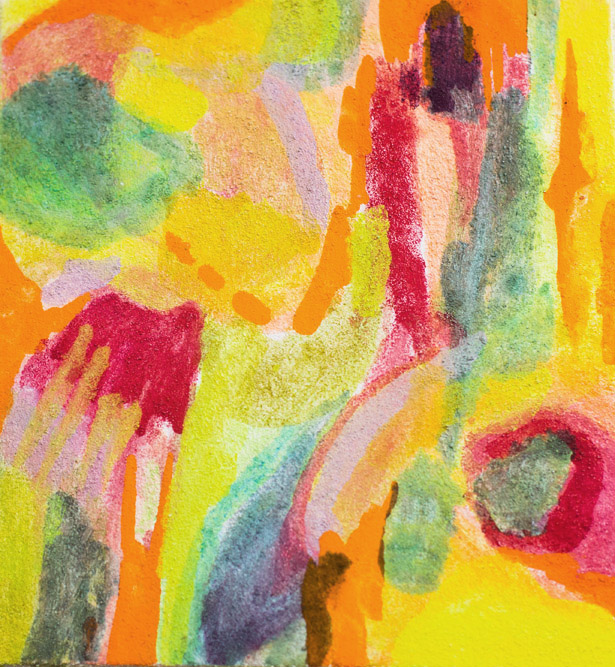 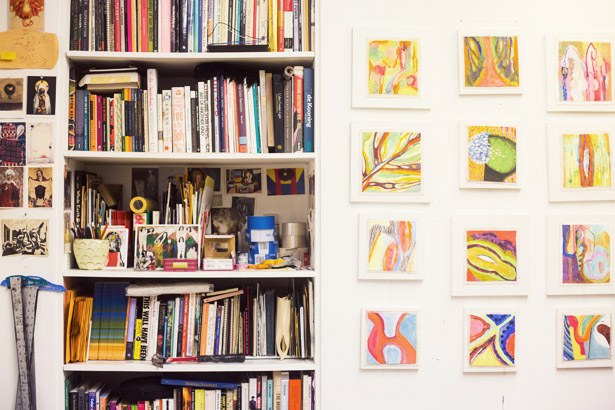 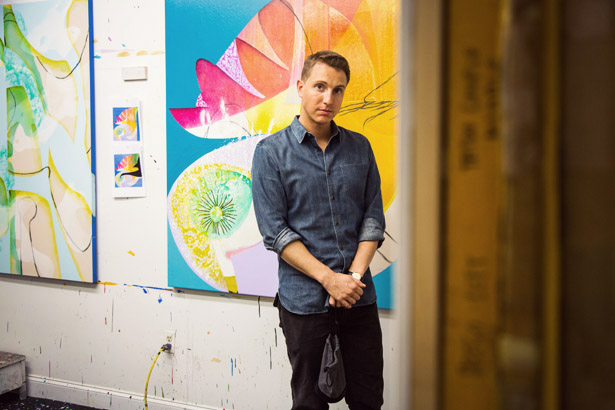 What she’s working on next:

My new body of work is trying to take the black out. Because it’s such a structural part of the paintings…so, we’ll see. It’ll be interesting to see what happens. 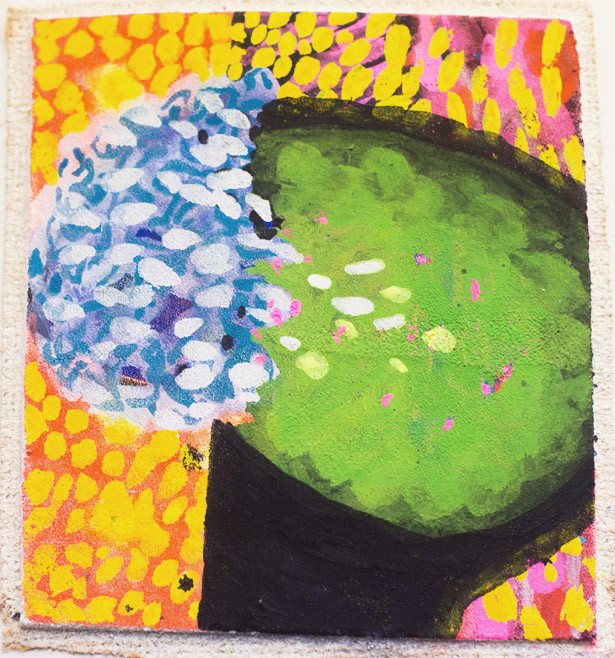 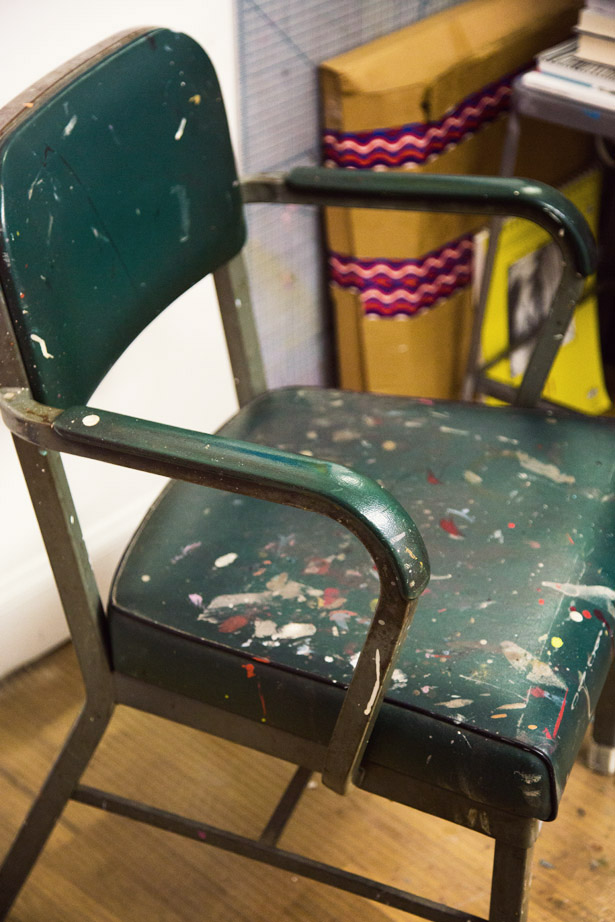 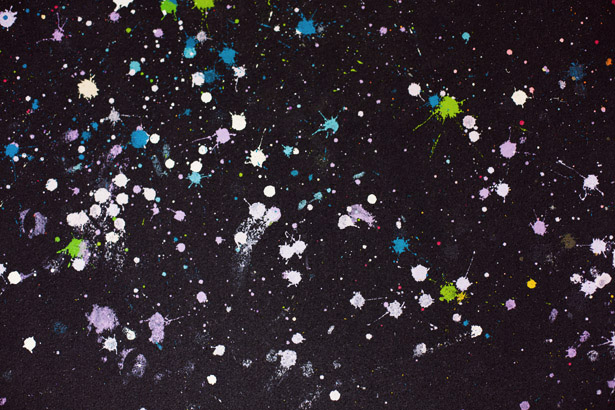 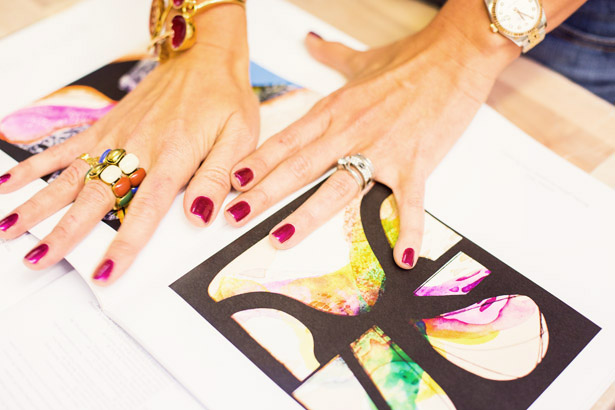 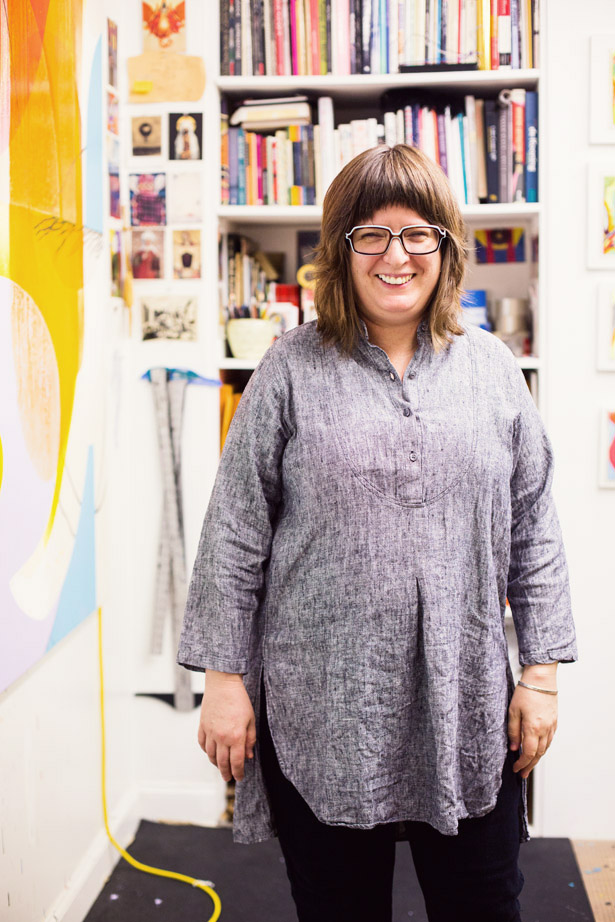