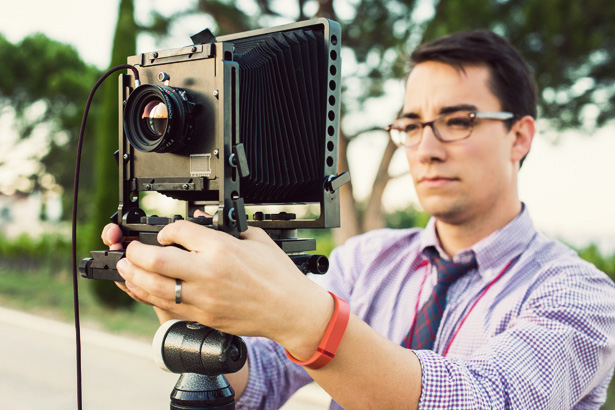 Every so often, you meet someone in a way that could only be described as serendipitous. Such was the case when we traveled to SCAD Lacoste and met photography professor Kyle Ford, a fine-art photographer who normally is based at the SCAD Hong Kong campus, but just so happened to be teaching the summer session photography classes at SCAD Lacoste.

As we know well, I love talking to other photographers…it’s always such a pleasure and honor to engage with people about their passions, especially when it’s in a field that I know and love myself.  So it wasn’t long before Kyle and I were planning a photo adventure in a Provençal vineyard and closing the night at a spectacular restaurant with our conversation about his path to photography, why he chooses film, and the research and thought behind the work he creates now… 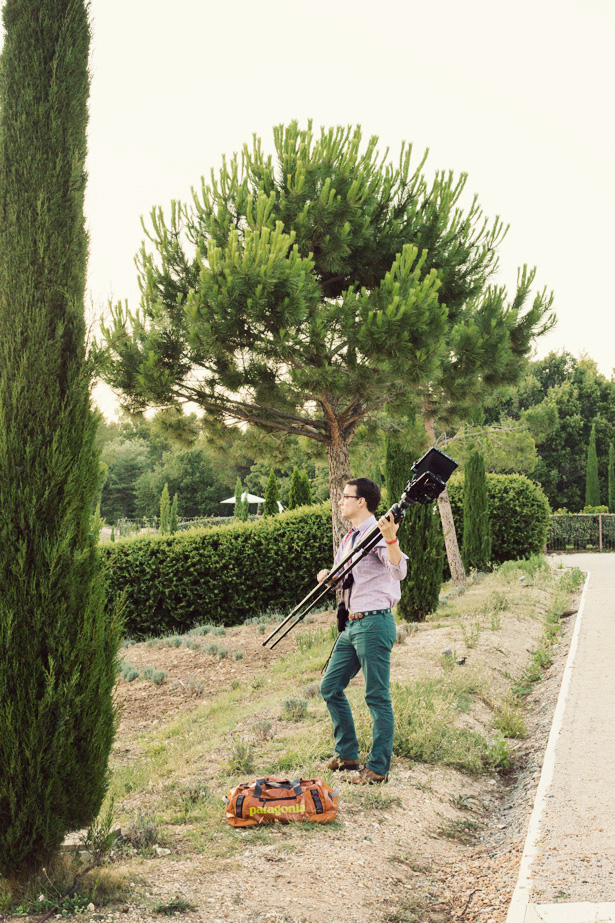 What was your first photograph?

I was seven years old, and there was a competition I think my mother encouraged me to participate in. She was a painter, an artist, and perhaps she was hoping I would draw something or paint something, but I ended up photographing something. It was a tree. I photographed what I thought was a ghost, and I thought that was great as a seven-year-old…it was really my breath in front of the camera. 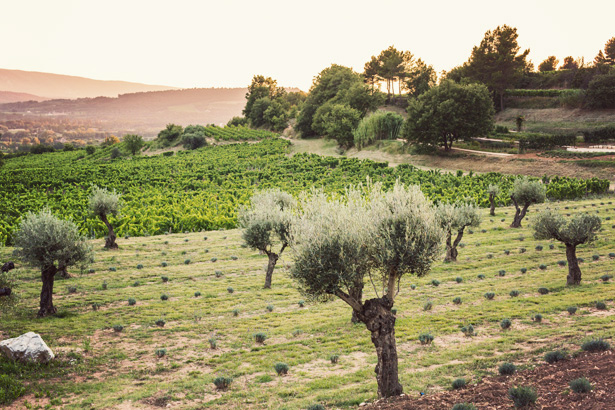 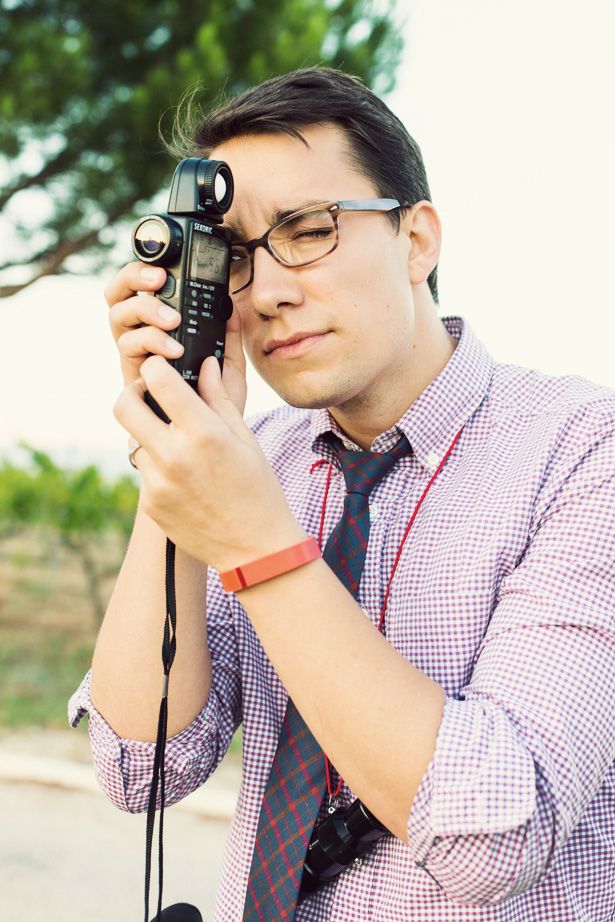 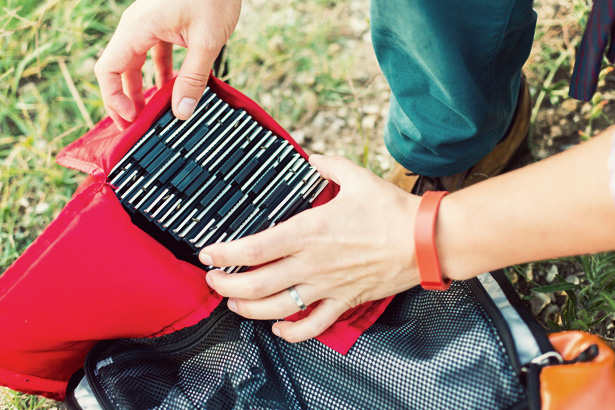 How did you make the decision to go into photography?

I think that when I was an undergraduate, I wasn’t prepared for another level of education at the time. Perhaps I was too young, or too innocent, or naive. I didn’t really know what I wanted. And that’s what I find with a lot of my students, is that they feel like they need to know right away, but they don’t. You find yourself. I found myself in my mid-twenties. And I find that a lot of people are that way.

Arts were always in my life, so when I graduated from undergrad, I thought, Okay, I’ll move to New York and try my hand at something in the arts. But I found myself, in New York, after undergrad, nearly lost. I was working on a reality series for VH1, camera op-ing and camera assisting, and then working for Steve McCurry.

I met a young photographer in Steve’s studio who was in relatively the same position as me, named Geordie Wood, who’s now the photo editor at The Fader Magazine. And there was another master printer there, Michael Cavassier. The team that existed at Steve’s studio, the people I met there, were all around my age, they were working hard, they were excited to be there…they were more important to me in my breadth as a photographer. Steve was always abroad, so it was the interaction, the camaraderie and the collective sensibility of wanting to succeed in that world that I shared with these people that was so critical for me. I looked at Geordie, and Michael, and I thought, I need to know more about this. I want to know more, I crave to know more about this. 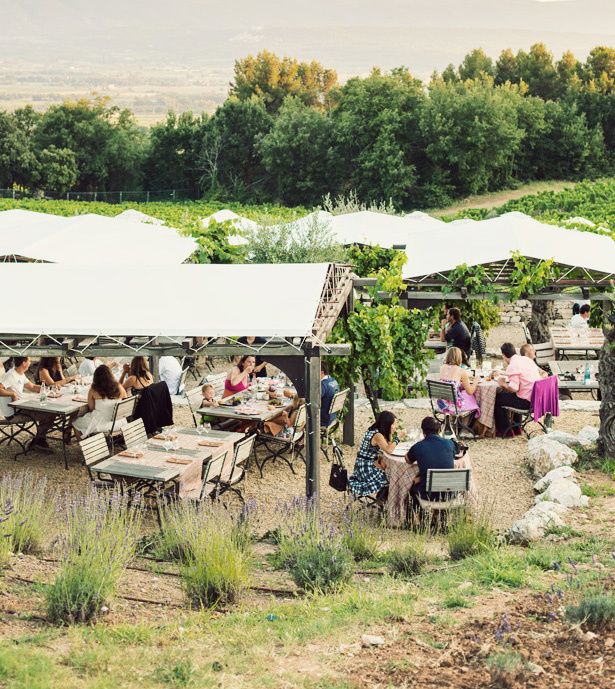 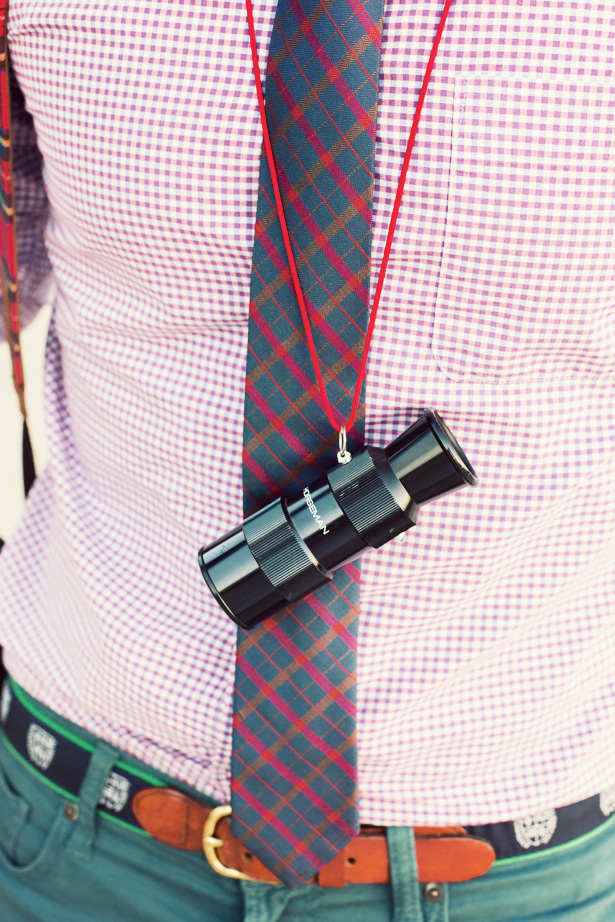 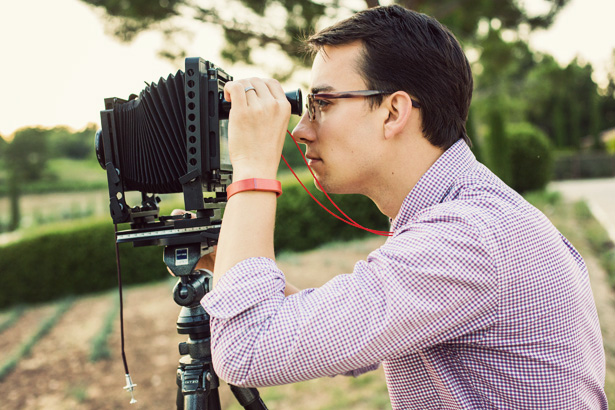 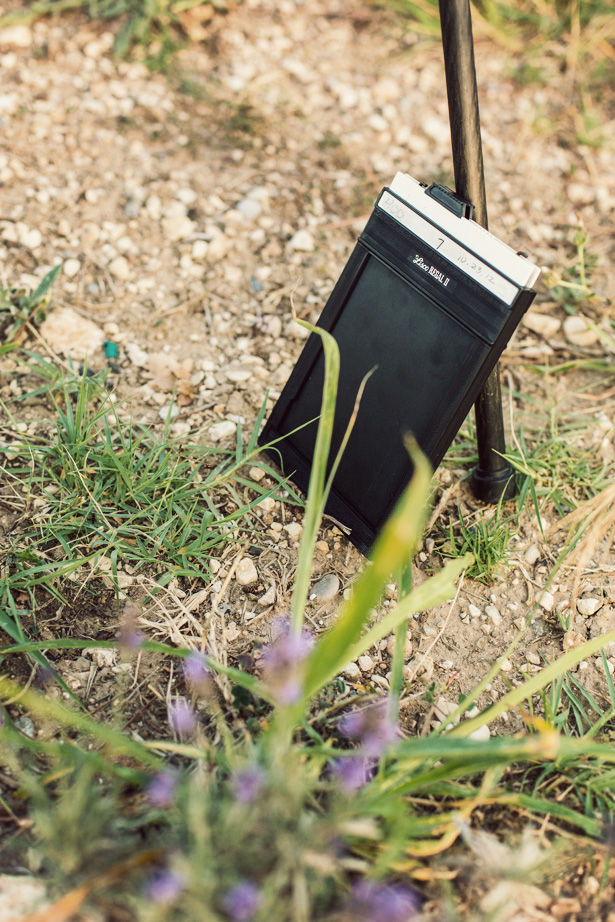 How would you explain the work you make today?

I give this example to my students – on the first day of class, I have my students close their eyes and envision in their mind’s eye a mountain. What goes into a mountain, what are the characteristics of a mountain? When I say mountain to you what’s the first thing that comes to mind? And then I have them open their eyes and draw that mountain. We put them up on the board and we look at the aesthetic characteristics of what they’ve drawn. 95% of them draw the same exact mountain. It’s a sharp jagged peak, a snowcap. And then I ask the students, “What mountains have you been to? What have you experienced in real life? What have you actually seen?” And in Savannah, for example, they’ve seen the southern tip of the Great Smokies. And those are rolling hills, no snowcaps. So you wonder, where does this come from? And then I throw on a movie and in a matter of minutes, up pops the Paramount Pictures logo and the students click, they go, “Oh my god, that’s what I see.” And it turns out that that mountain is a CGI mountain based on a drawing by William Wadsworth who grew up in Utah who based it on the surroundings of what he thought was a perfect mountain. So what we have is the ontology of the thing being displaced, so you don’t have a reality. It’s a hyperreality, something based on an unreality.

This kind of regurgitated aesthetic that fuses itself in our subconscious – I think of it as an aesthetic consciousness that we all have. I call it a consciousness because we’re all participating in it. So that’s my type of work. 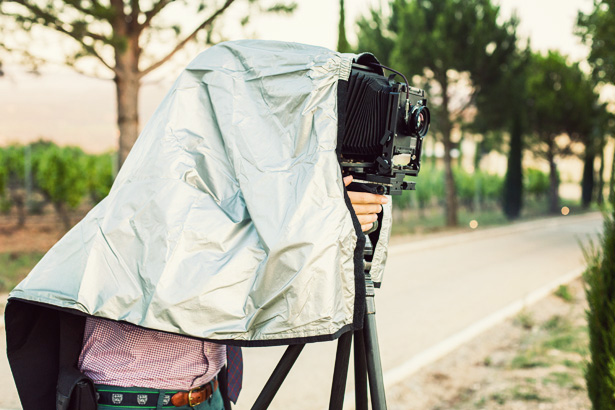 To me, photography is the most important cultural media happening today. It defines the way we think. You will see the words and photography together all the time. In fact, you may see photography even more than you will see words. I would even argue that perhaps our culture is becoming more of a visual culture because of the way that we communicate through images. 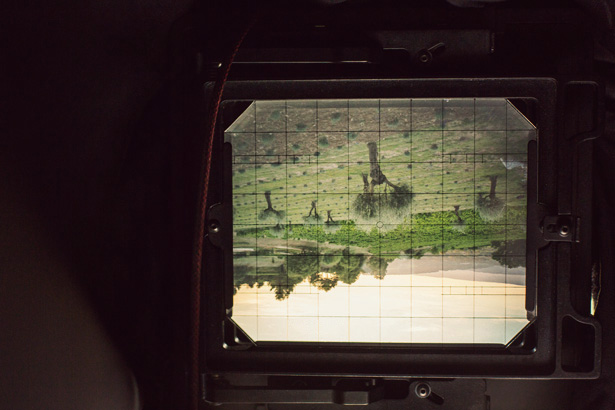 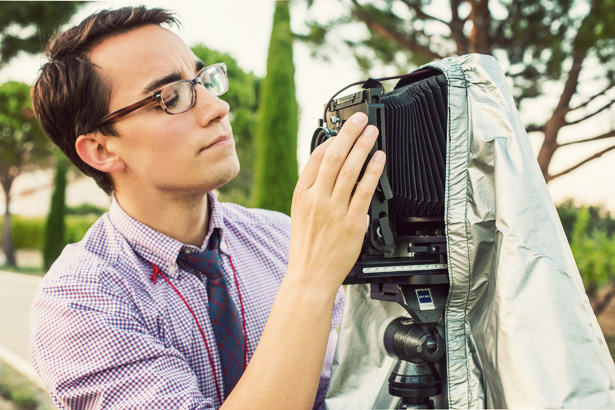 Why did you choose to go to Savannah College of Art & Design for your masters?

SCAD had a unique sensibility for me that was very different than any other institution. I didn’t want to be in New York. I’d never lived in the South. The natural world there is so different and I wanted to consume that. SCAD was an amazing platform for that, and I think the professors really pushed me to become the artist that I am today. They make who I am. 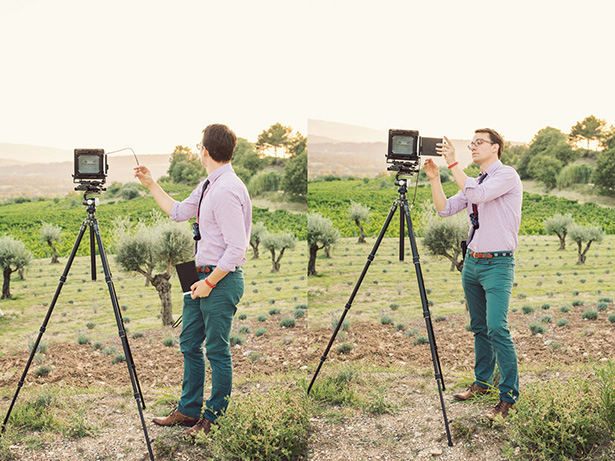 I show up with this portfolio of mine – like I mentioned before, I was participating in these similar aesthetics, and I wasn’t aware of it yet. My first experience with Rebecca Nolan, one of the people who helped define a lot of the choices I made, was her looking at it and saying, “If you want to take pretty pictures, quit school and move to Colorado.” Very robust, very straightforward. “Why are you even here? Why waste your time? If you just want to take pretty pictures, go do it. You’re good at it.” And in a way that made me angry, and I was like, No. You can’t say that to me, I need to know why! I need to dig in deeper, I need to understand why I take the image. 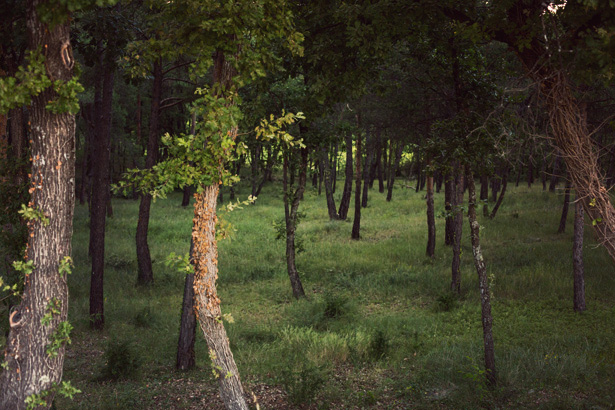 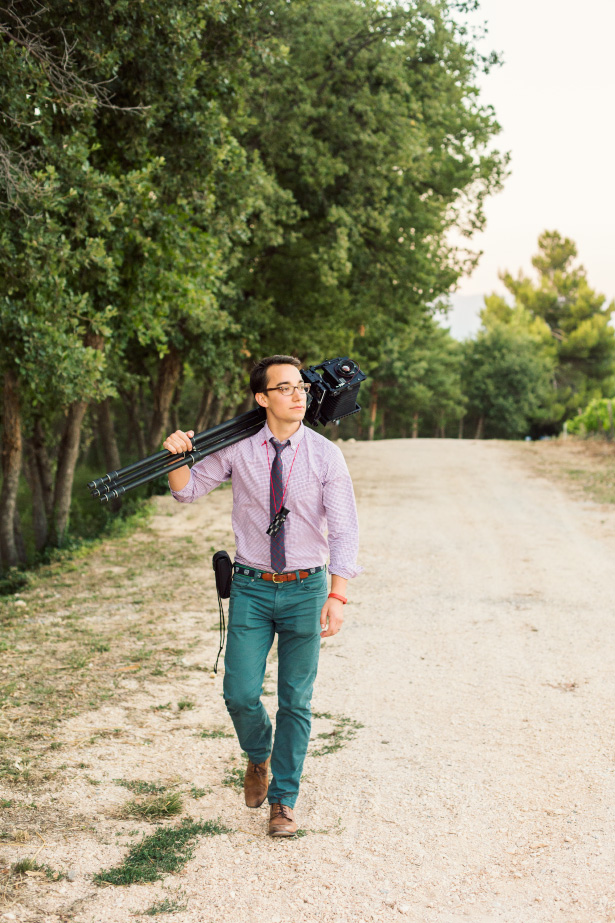 You shoot large format film for your work…what cameras do you use and why choose film?

I shoot with an 8×10 Deardorff camera and a 4×5 Linhof Technika 3. The Linhof is the Lamborghini of 4x5s.

I shoot film because it slows me down. I shoot specifically large-format because there’s a contemplation in the composition, there’s a contemplation in the style of shooting, and merely because each shot is worth so much…value-wise, but also time-wise. It’s about slowing down the process, and the composition for me becomes more like poetry or like painting and less like photography. The digital camera can sometimes be so run-and-gun that you lose that sensibility. It’s a zen-like experience for me when I’m setting up my camera – I’m out in the natural world, I’m experiencing what’s before me. I’m taking it all in and then reflecting upon it in the way that I create the imagery. 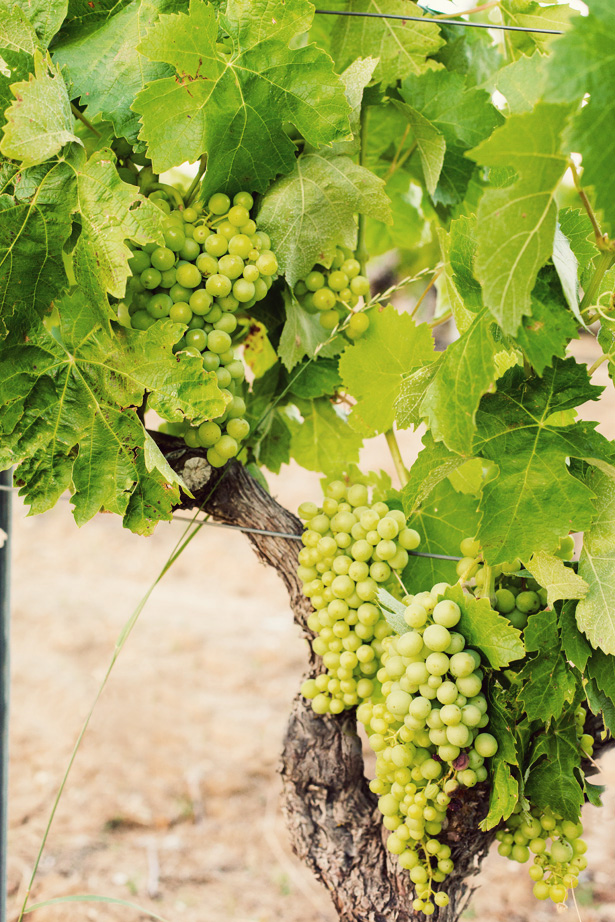 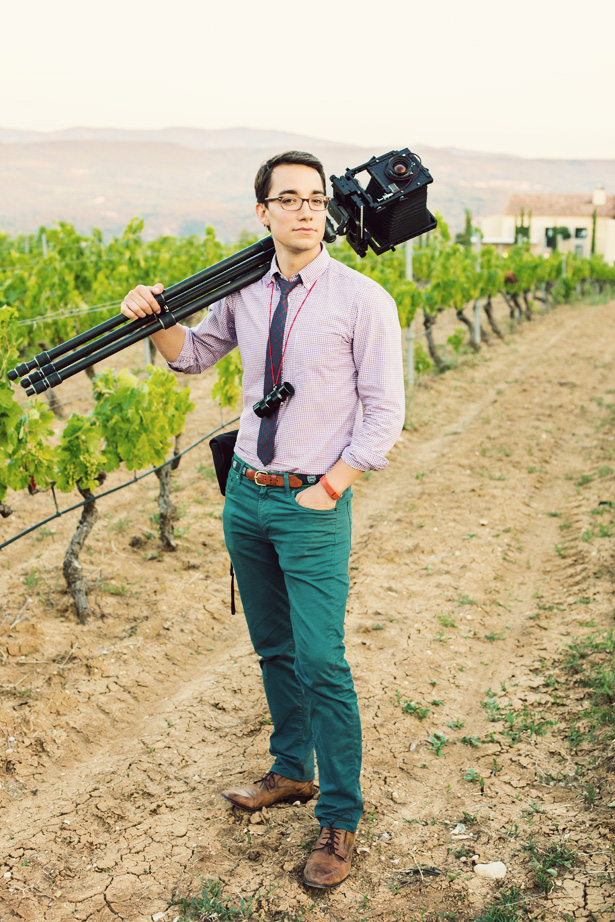 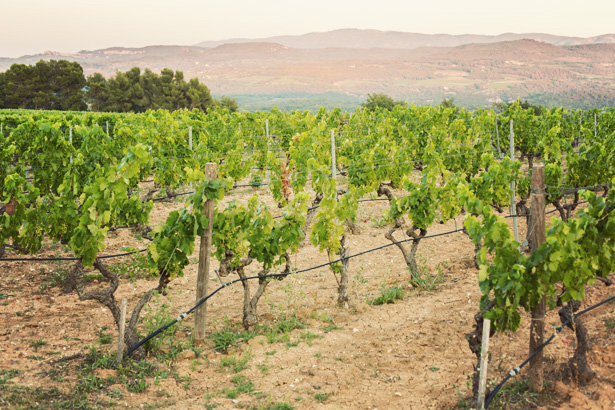 What is the point to taking a photograph?

What matters to me is not the purchasing of my photos, not the money, not even the confirmation that it’s a beautiful image…it’s the understanding of my idea. If someone gets what I’m saying through my images, that really moves me. 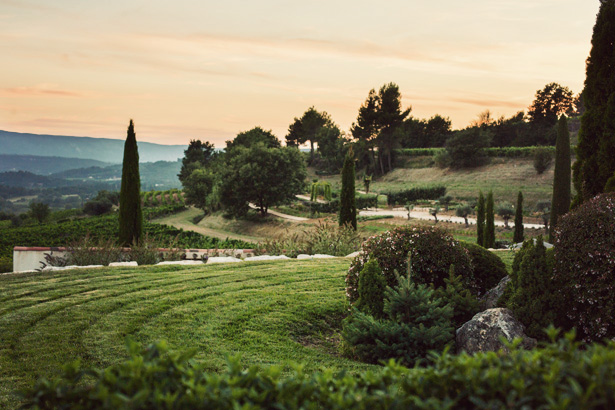 I learn every day. I’m always learning, and I hope that I never stop learning. Learning from the experiences that I have, learning from my students, their inspiration that they bring to the class, their perseverance, their naiveté, even. Learning from their introspection and their growth. Sometimes you get hit in the head unexpectedly with something you are in love with and that is the one reason I’m a professor. Because they change me as much as I try to change them, and I hope I change them the way they change me. 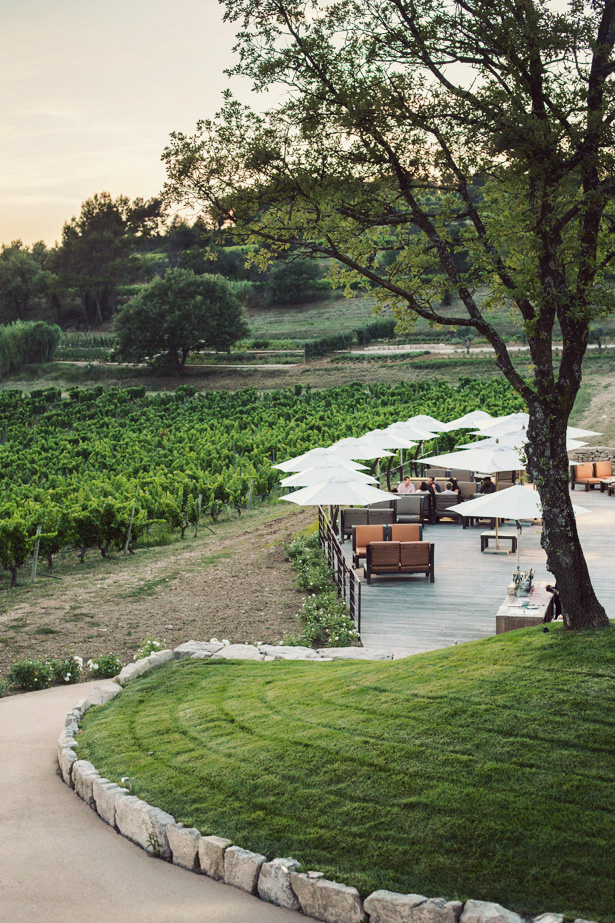 I grade my students on personality. I say to them, “There are a thousand other people who can do what you do, but if you’re the person clients want to be around, that they want to experience every day, who’s energetic and go-getting, ready to be in the world and really work hard, then you’re the person who will get called time and time again for the job.” 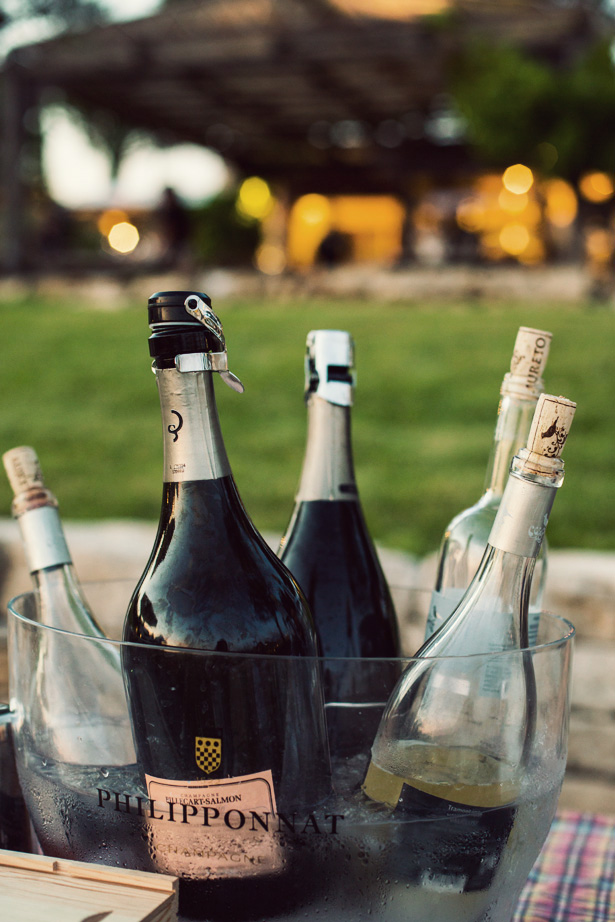 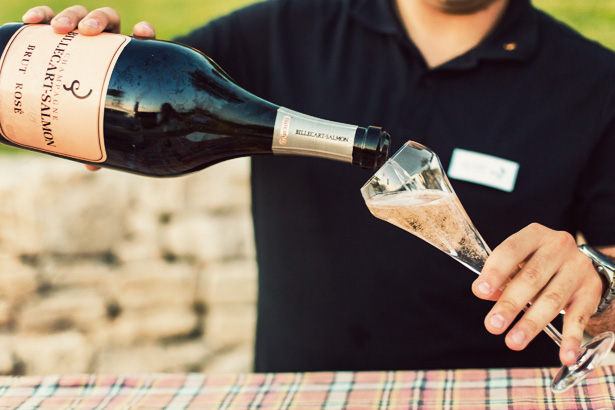 Where do you want to be in ten years? 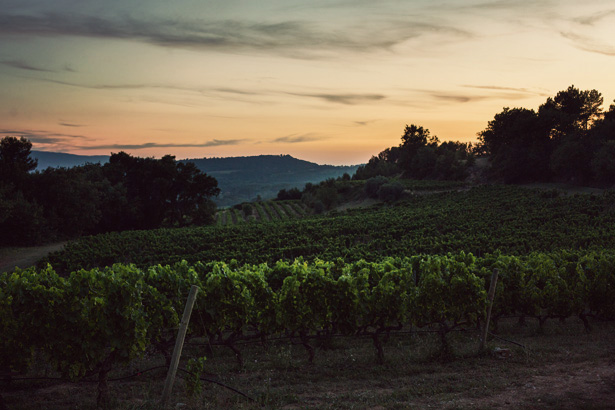 All of our Provençal adventures: