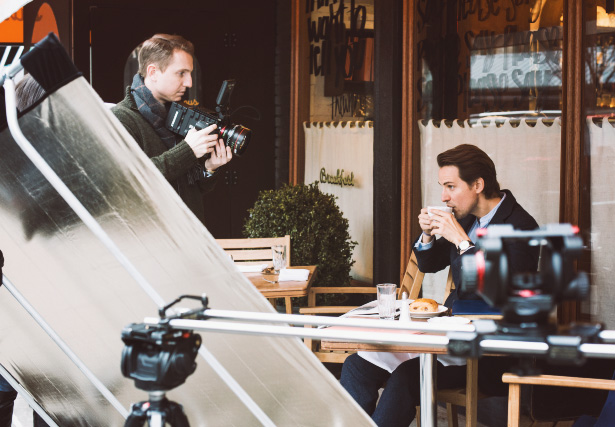 For the past couple of months Kevin and I have been working on the video for the Tiffany CT60 launch that took place last Thursday at the Tiffany 5th ave. flagship store. The concept to the video was to shoot four dynamic and influential New Yorkers and take a glimpse inside their New York Minute.

I love authenticity. It’s very important to me to have everything mean something especially when it comes to shooting real people and talking about New York City. We started the process by extensively researching each of the four guys and making a list of specific questions to ask them about their history with the city, their approach to personal style and how they spend their time in New York. We interviewed each of the guys for about 45mins, taking notes on their favorite places to eat, shop, walk, live, and why, then wrote outlines for the videos based on their answers. We shot them at their favorite time of day in NYC which serendipitously built out a perfect day from morning to night. We had them move through the city the way they do on their own, and had them style themselves how they wanted. This was their story, after all. How we choose to spend our time, much like style, is a very personal thing.

We shot everything on the RED Epic with Canon’s new CN-E 35mm T1.5 lens,  used a Cinevate Atlas slider for moving shots, Gitzo tripod for stationary shots, and then hand held in between. When shooting Marcus Samuelson at his Harlem restaurant Red Rooster we used a Litepanels Astra light for illumination in the kitchen shots and a California Sunbounce reflector at all other times. The best new addition to our workflow was using a 7″ SmallHD field monitor. Unlike a large monitor which we use in studio, this allowed me to be close to both Kevin and the subject and made directing while being on the move so much easier.

Below, shooting Alexander Gilkes at one of his favorite restaurants Sant Ambroeus in Soho. For one of Alexander’s “in my New York” shots, we wanted to show him at work as an auctioneer. I have  never been to an art auction before and this one at Phillips was particularly exciting as he was auctioning photography. Everyone from Avedon to Penn and more contemporary photographers like Hiroshi Sugimoto. A high part of the evening was this Helmut Newton selling for just shy of a million dollars. Also, Alexander is married to fashion designer Misha Nonoo, a friend, CFDA incubator designer, and creative collaborator. 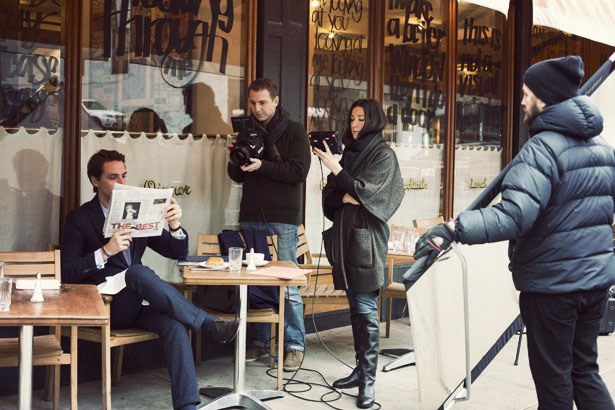 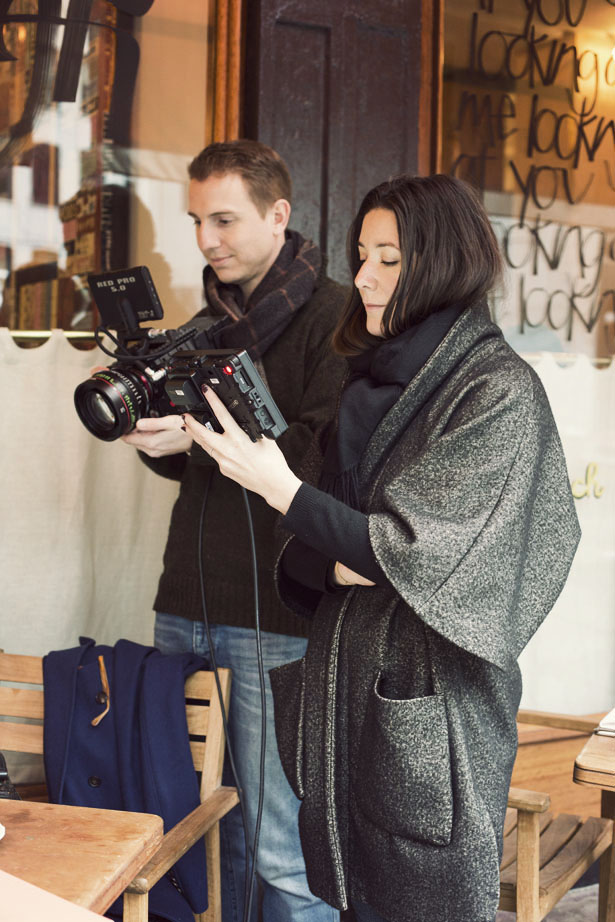 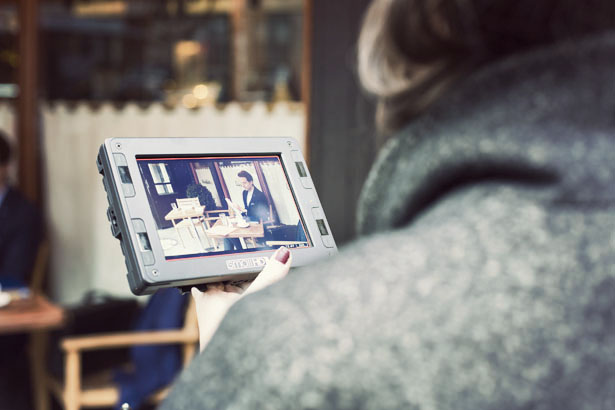 Below, shooting Marcus Samuelsson at his restaurant Red Rooster. Marcus is an amazing human being. I was so incredibly inspired by his character, story, drive and passion. He’s the kind of man that will have a street named after him one day. He loves people and shooting him on the streets in Harlem was a pleasure to watch. Everywhere we went he knew people, even on the subway. We had sometime to kill waiting on the sun to set and not missing a beat Marcus was like “let’s go check my new restaurant under construction!” which has since opened. He walked us through pointing out the graffiti artists he hired, the way he brought the street and culture of Harlem inside, his ideas about food and music and life. Everything was special, everything was there for a reason, just like the man himself. Also, shooting chefs has its benefits. 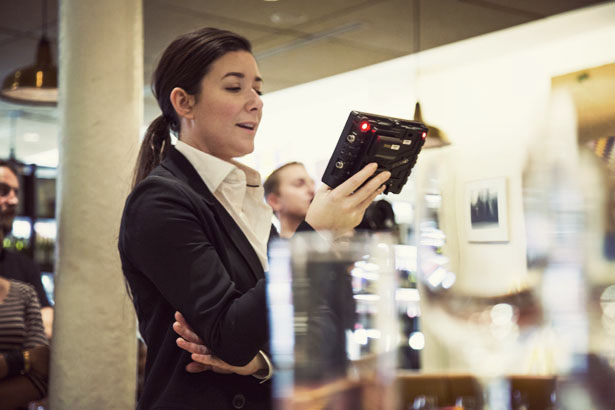 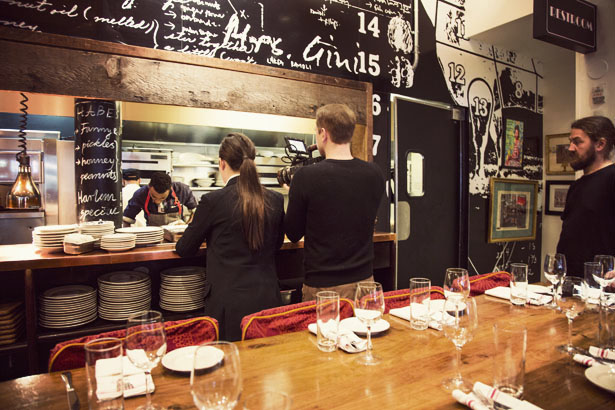 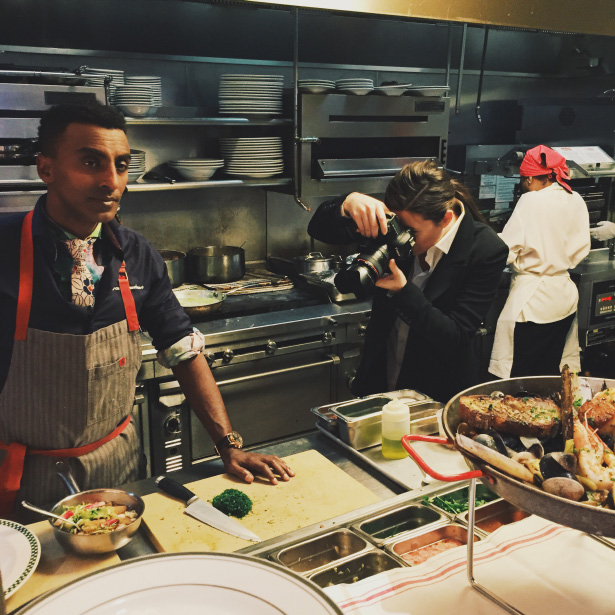 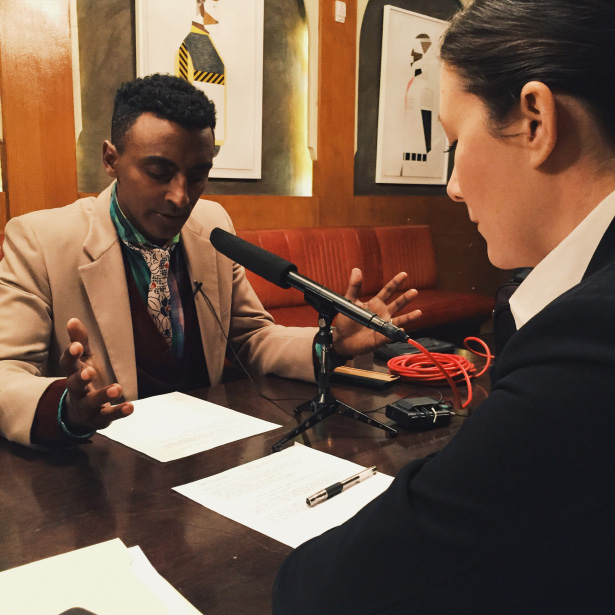 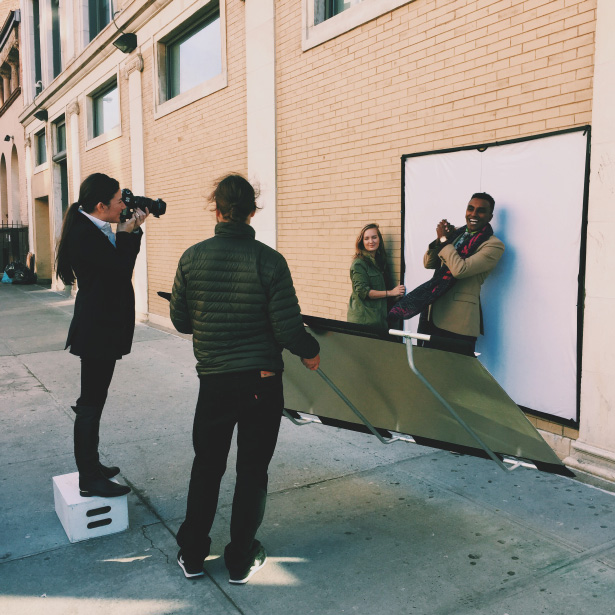 Below, with football player Victor Cruz. In Victor’s interview he talked a lot about his commute into the city and how inspiring the skyline is. We wanted to capture this sentiment I think we all feel as New Yorkers. While actually driving down the highway our assistant in the 2nd car popped out of the sunroof to capture extra footage of the view coming into Manhattan. While getting shots of Victor with his window rolled down as we approached the Holland Tunnel, people in passing traffic were recognizing him and yelling out… in a moving vehicle. It was amazing. 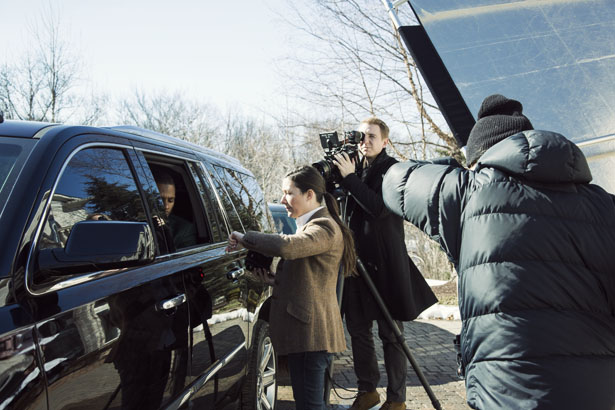 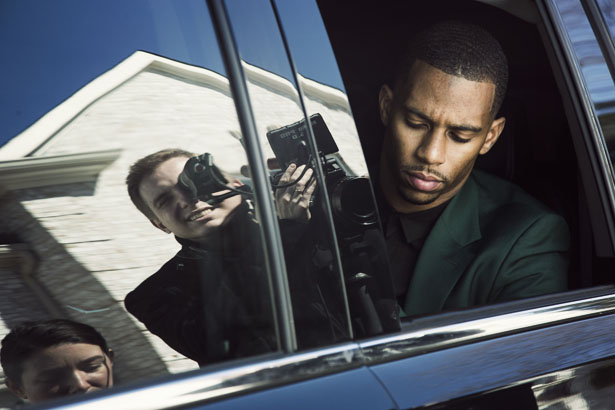 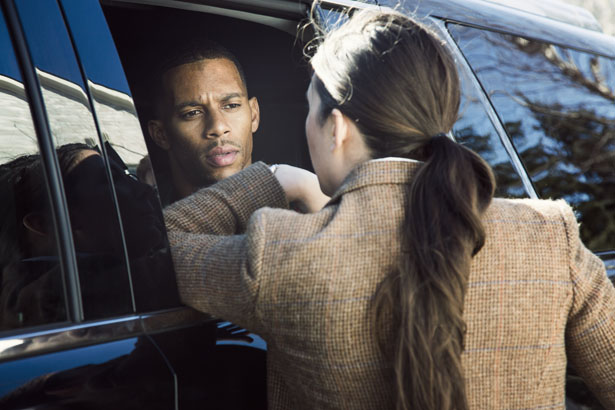 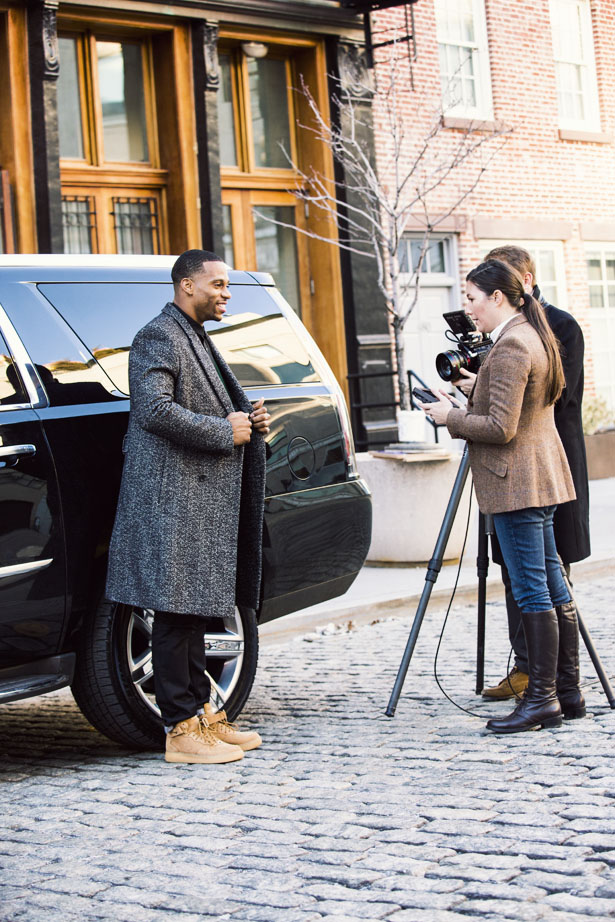 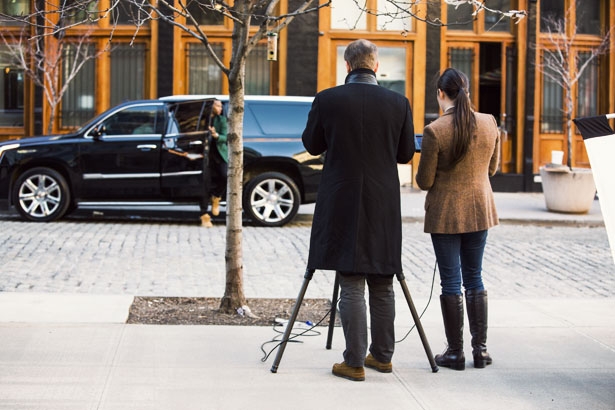 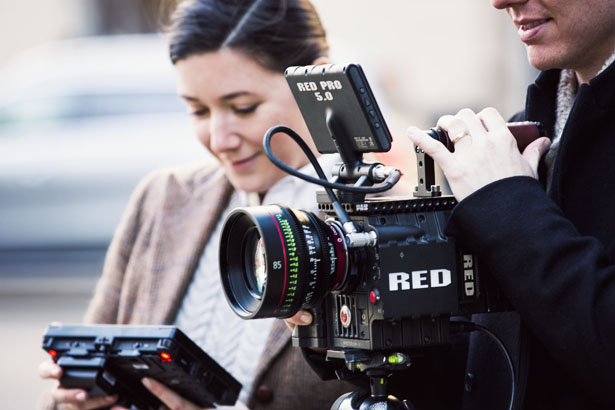 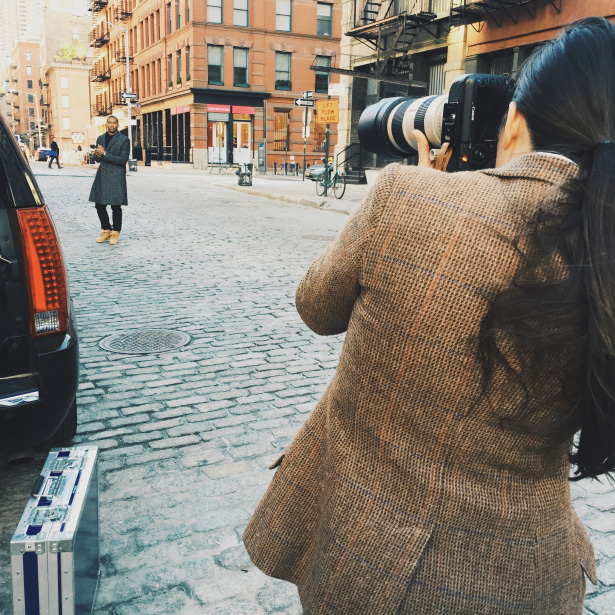 Nick Wooster’s shoot below was the last in the series but first to start the video. We shot in his apartment, the loved talking about watching the sunrise out his living room window and going for walks through his West Village neighborhood. I was at first nervous about shooting Nick considering he’s one of the most photographed men in the world and he always looks so intense! It was a pleasant surprise to find he was quite kind, funny, and warm and incredibly humble. 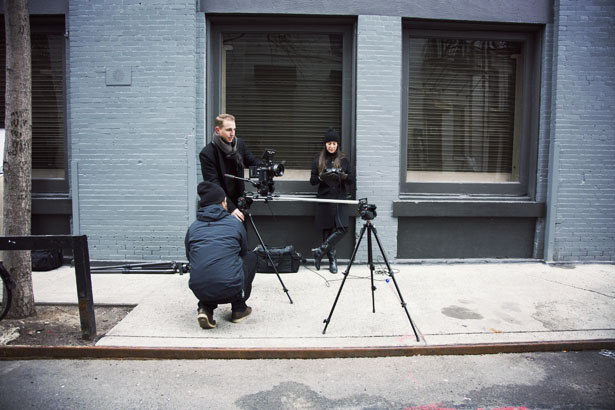 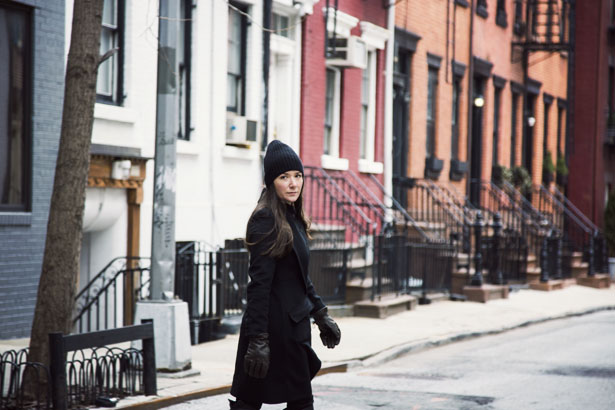 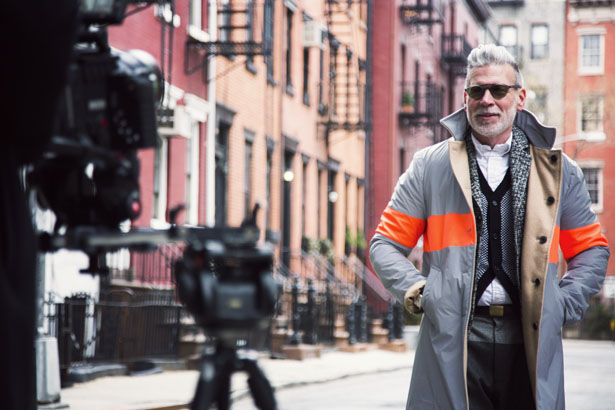 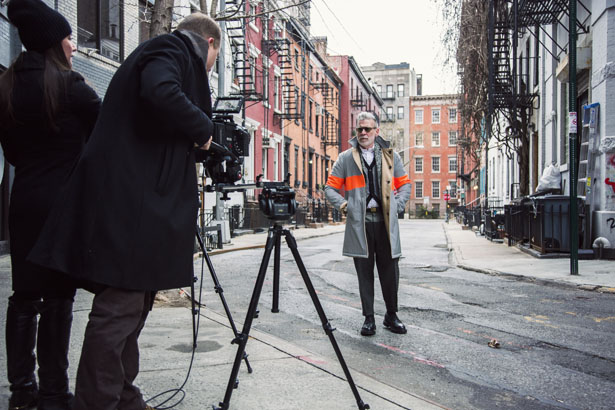 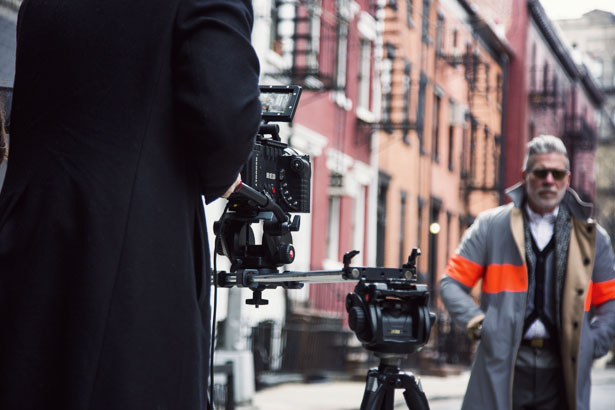 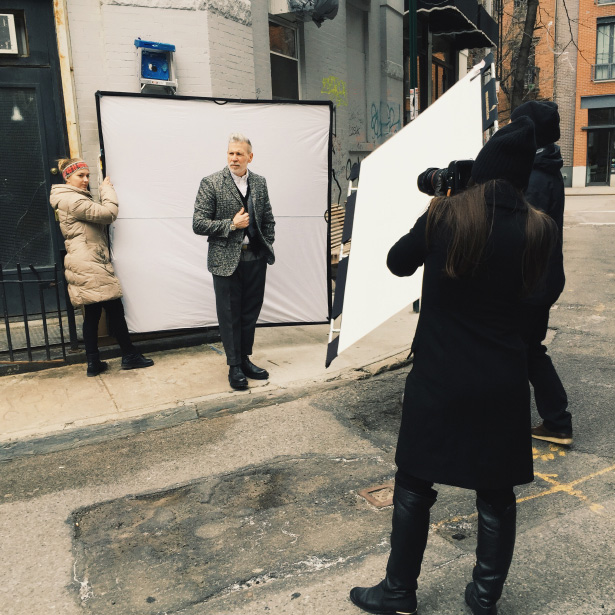 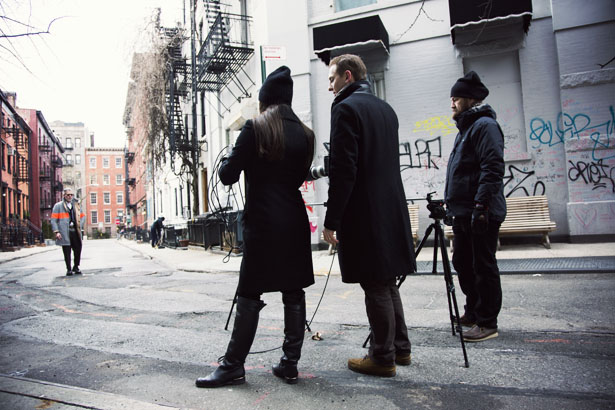