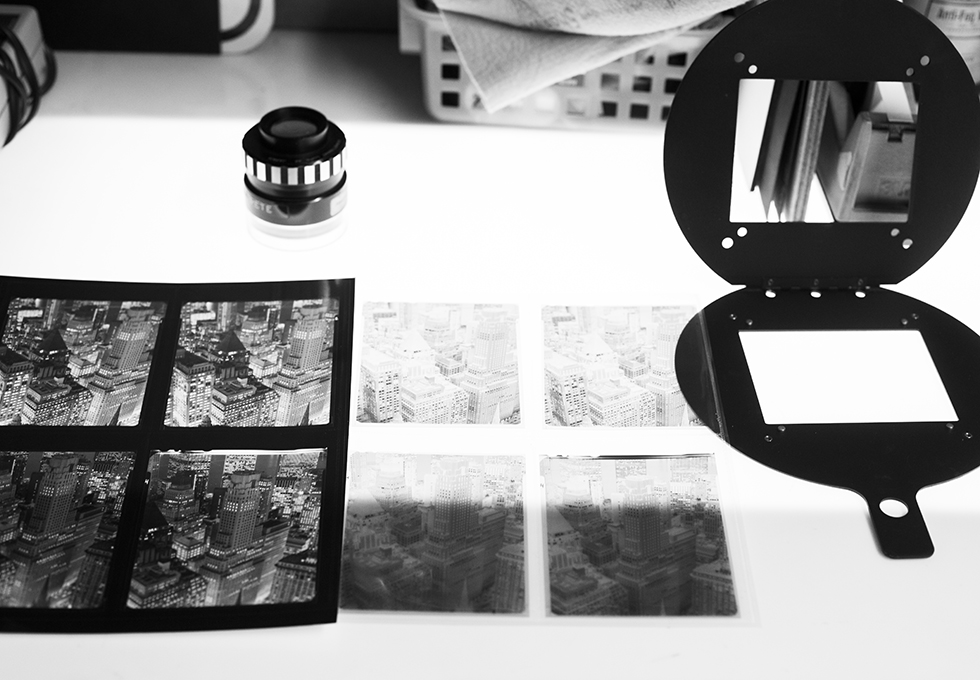 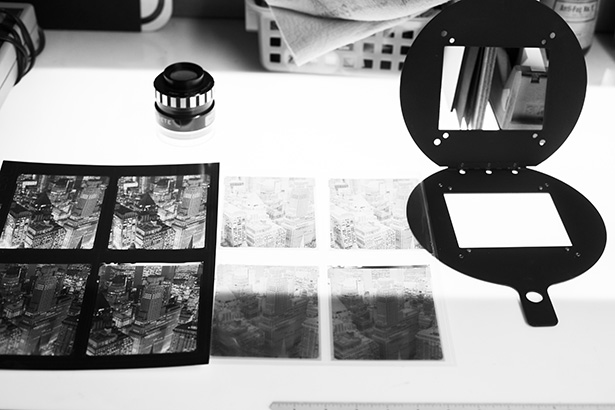 Each year, these prints are my little labor of love. This year’s holiday card began almost one year ago, at the beginning of 2015. While shooting a project for Tiffany & Co., we had the opportunity to rent a private helicopter to get aerial shots of Manhattan. I learned two things from that early winter morning ride: 1. I am deathly afraid of helicopters and 2. I wanted this year’s holiday card to be a print of my great love, New York City. Looking down on her from this birds eye view gave me a new visual sense of the layers of history in this city from which we build our own futures. I understood her in a new way and that’s what I wanted to capture.

Considering there is not enough Xanax in the world to get me in a helicopter again, I had to find a new strategy for shooting at this high but intimate angle. Though I love the views from the obvious choices—Empire State Building and Top of the Rock—they didn’t give me the towering sense I was seeking. From the tops of those iconic buildings, the city is dwarfed and dense, slightly out of reach. As luck would have it, our friends from The New Potato were hosting a party with Riviera Events on the 68th floor of the newly completed Four World Trade Center. It’s one of those moments in life where everything falls into place, as if designed by destiny. Here we are in the Financial District, where we work, standing in a building that is part of the present, looking down on the past. It was just what I wanted.

It was an incredibly difficult shot to take. Using a Linhof 4×5 film field camera, the cityscape was not bright enough to register on the ground glass where you do your framing and focus check. Only a few faint street lights were visible for me to use as a rough guide but for the most part I was shooting blind. This also applies to metering: I had no way of knowing if I would be right on the money or not, so I just applied what I knew about the sensitivity of film to light and my experience with it the past 19 years. The image that ultimately made the final print was a 5 minute exposure on Ilford Delta 400ISO film. 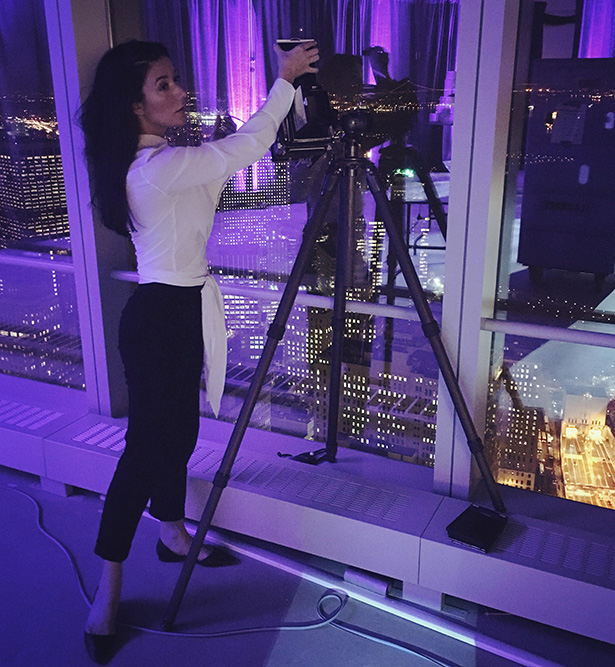 After the image was captured, we packed up and headed to my favorite darkroom in Boston for printing (which made for a great 24 hour Snapchat story!) 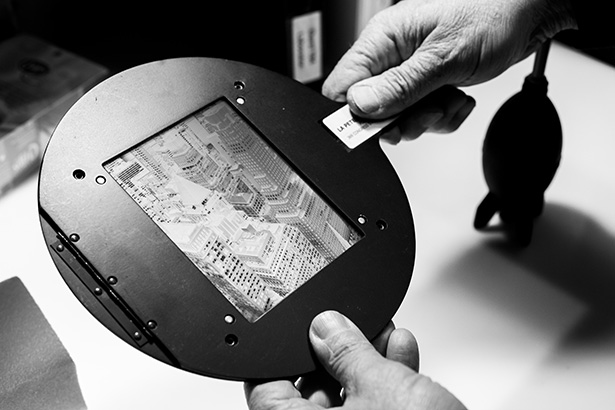 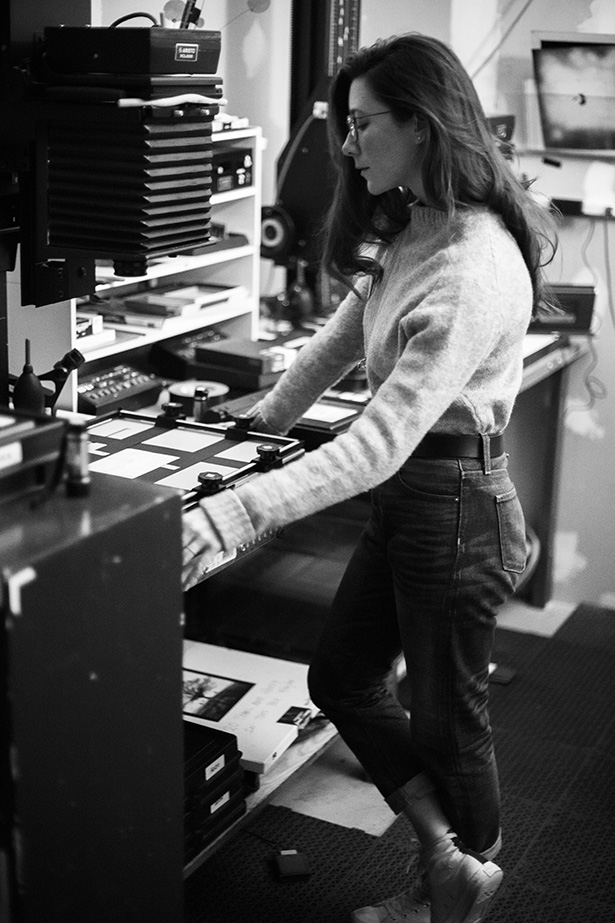 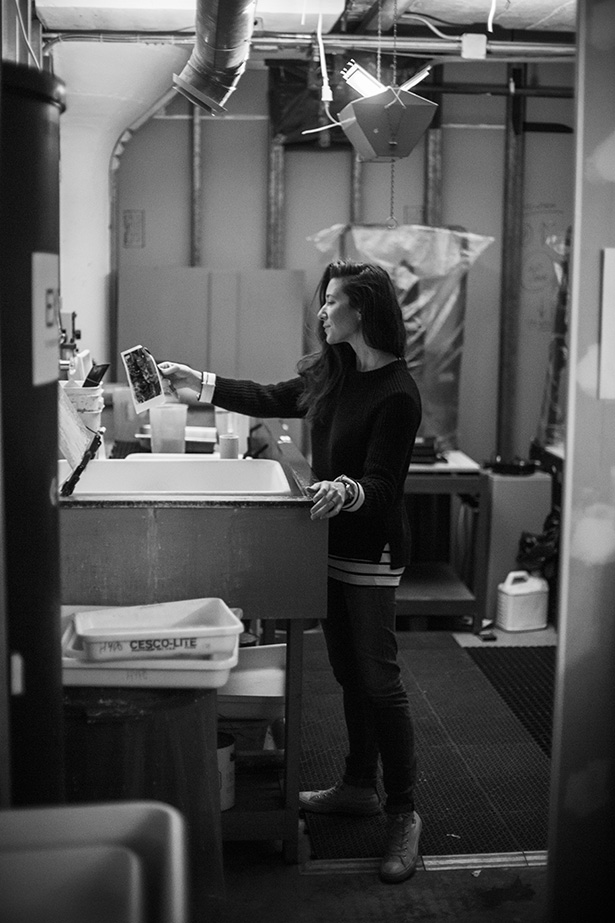 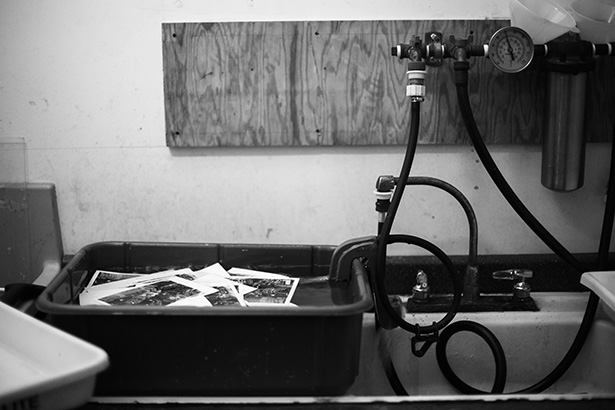 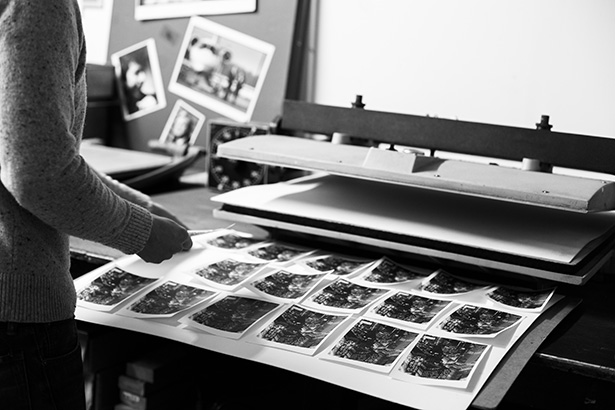 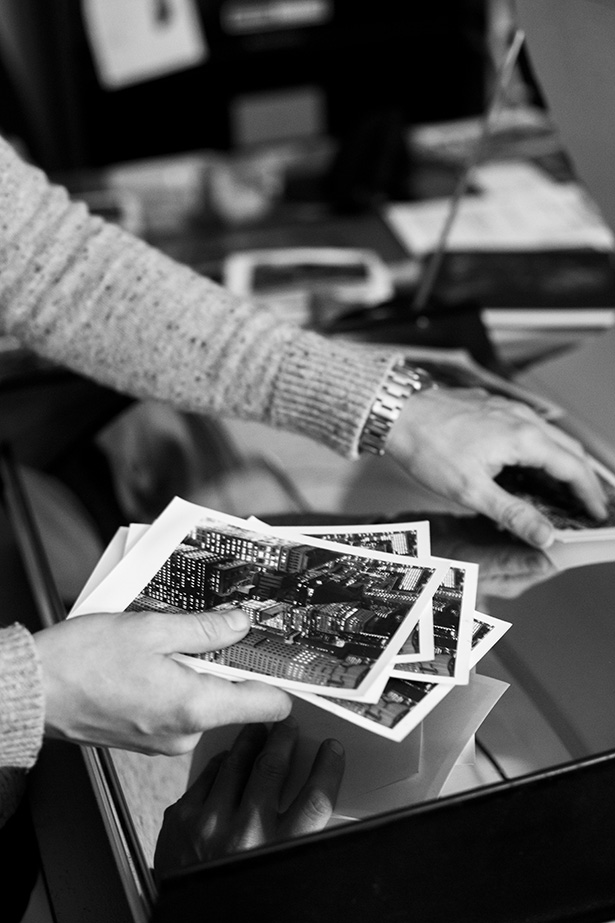 The text that accompanies the print:

This is a limited edition fiber print of downtown Manhattan, not far from where our own studio lives on a narrow passage called Ann Street. It was photographed from the 68th floor of the recently completed Four World Trade Center on 4×5 black and white film, hand processed, printed, and pressed by the artists.

In “City #1”, we look down on Manhattan’s past through the layers of history stacked one by one on top of each other like crowded building blocks ever reaching taller to the heavens. We are faced with our present which, without fail, succumbs to that unknown future which lies ahead, glowing in hope and weighted in that tide that brings us all to New York: our dreams. We gaze down and all we see is looking back up.

We thank you for coming along with us on our endless journey and hope that you cherish this print as a way to say thank you for an amazing year. Each print is signed, numbered and dated. 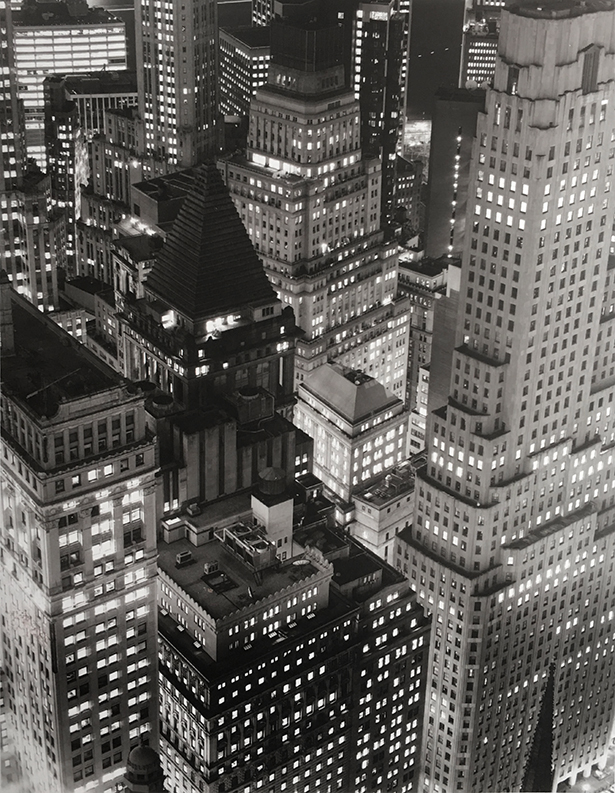