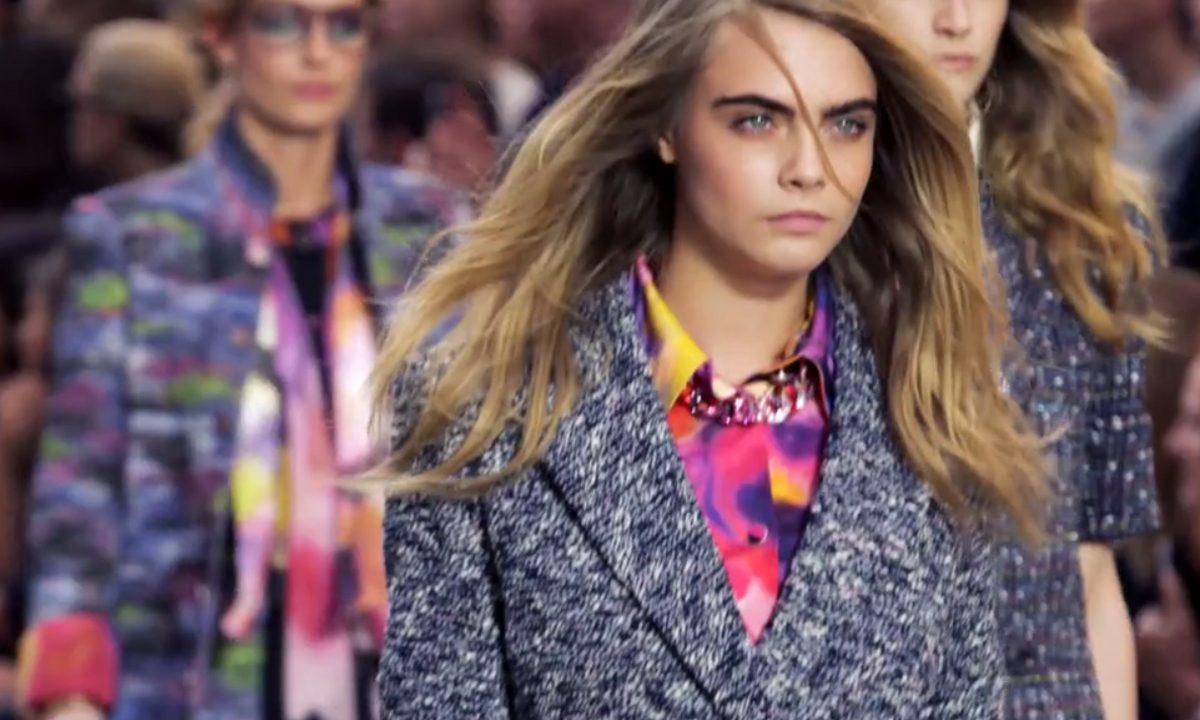 A couple of days before we left for Paris we got a call from Chanel. “Karl would like a few photographers to participate in the show, and Kevin, since you’re already filming from the riser, would you be interested?” Sweats nervously.

“Of course, as long as it’s not public humiliation.” Assured this was not the case, I arrived at Paris’ Grand Palais at 6am for rehearsals, along with a handful of other photographers and waited for instructions. A very French stage director walked the models through a mock protest,  led by an enthusiastic Cara Delevingne, which would close the show. The photographers would run out from the sides to “cover” the protest and do our best not to trip over ourselves and each other while running backwards.

Everything went off without a hitch. The models rebelled and disregarded the prescribed protest chant in favor of their own. No one tripped, and it was all an unforgettable, once-in-a-lifetime, Parisian morning on Boulevard Chanel.