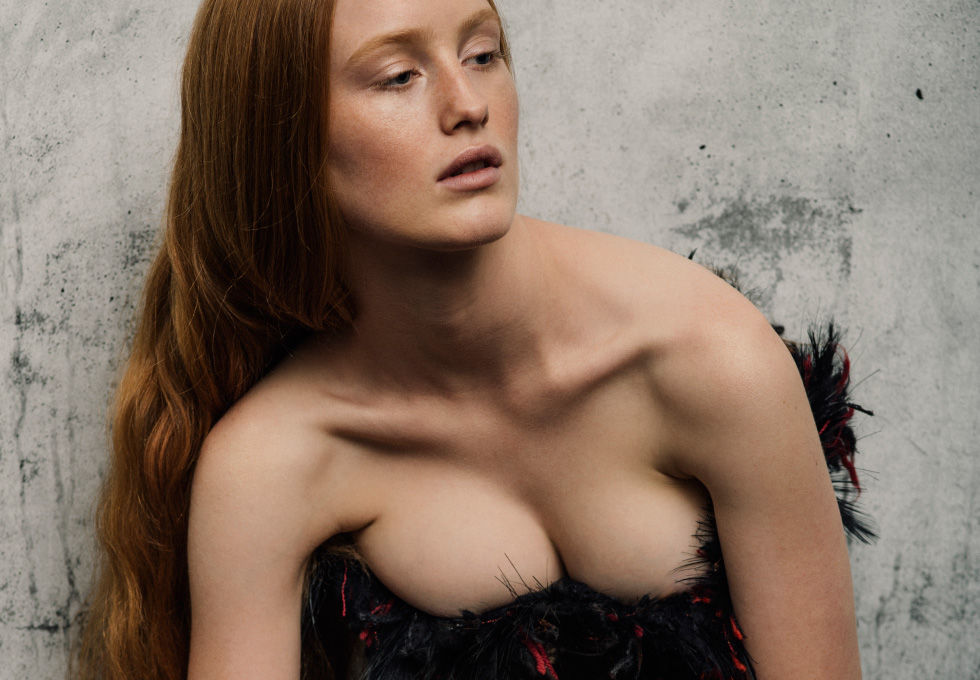 I had never photographed couture before, but I had dreamed about it for years, ever since my first meeting with CHANEL. To see, to touch, to photograph something so special, so one of a kind, would become one of my greatest honors. I think every great photographer has their first “couture story”…the pieces are so rare that couture comes with quite a bit of fuss.

Coming straight from the runway in Paris, the fall 2014 Chanel Haute Couture collection visited New York for two days. I could have the pieces from 7pm to midnight at our studio which took three guys and two guards to carry up. The garments lived up to all my ideas of what haute couture is: immaculate quality, so intricate you could get lost in the details…fascinating aspects to the construction, just layers upon layers of depth and design. It is, quite simply, wearing art. Photographs will never capture the way the beauty feels in person, it’s like seeing a photo of a Botticelli painting online and standing in front of one in Florence. It brought tears to my eyes.

So what is haute couture?…

Haute couture, meaning “high fashion”, can be traced back as early as the 1700s at the court of Marie Antoinette, but the father of haute couture was Charles Frederick Worth, the man who changed the public perception of dressmakers from laborers to artists. At his atelier, he would create a living portfolio, a display of his work on models from which clients could choose a piece for themselves.

From this foundation, many couture fashion houses were born – so many that the term “haute couture” is actually defined and protected by a committee in the French government who have certain criteria in order for a fashion house to meet the haute couture standard. At the beginning of the twentieth century, there were well over a hundred houses considered haute couture, now there are only around a dozen.

Chanel is one of those legendary haute couture houses. Beginning in the 1920s, Coco Chanel revolutionized the fashion scene by ignoring typical fashion standards – creating a false bust and hips, using corsets to narrow the waist – in favor of fashion that allowed for women’s comfort while creating a new kind of polished style. As Coco continued to design until her death in 1971, Chanel became well known for creating fluid, effortless pieces that oozed glamour and sophistication. Today, under the vision of Karl Lagerfeld, Chanel continues to set the bar for the haute couture side of the fashion industry… to say the least.

So here we are, on an early autumn night at our studio, the windows are open with the distant sounds of New York city flowing in as stylist Kelly Framel is dressing our model, actress & artist India Salvor Menuez and I am standing on set ready to go to another world- one in which only Chanel can take me. 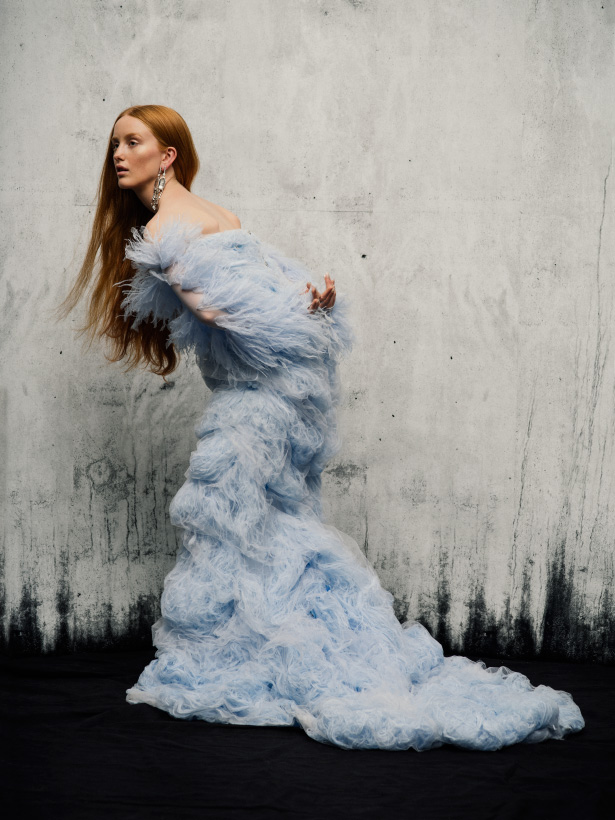 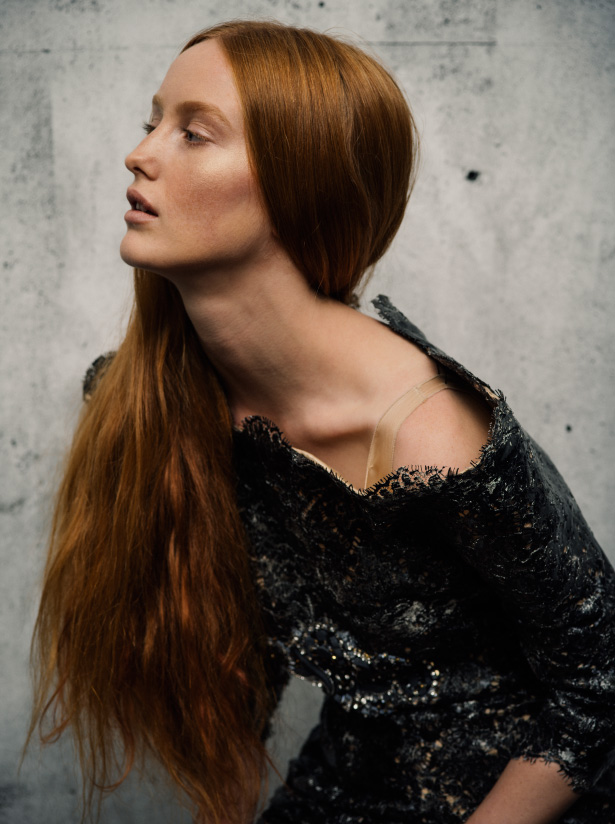 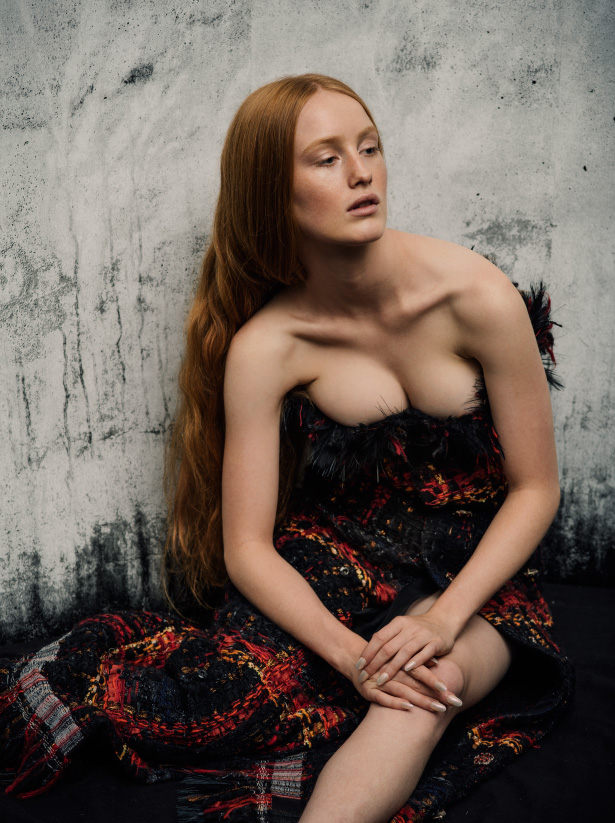 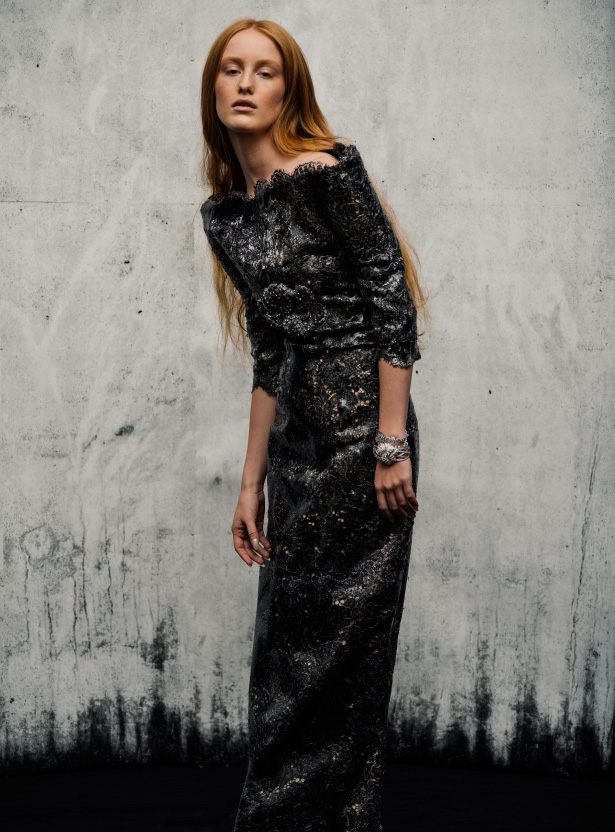 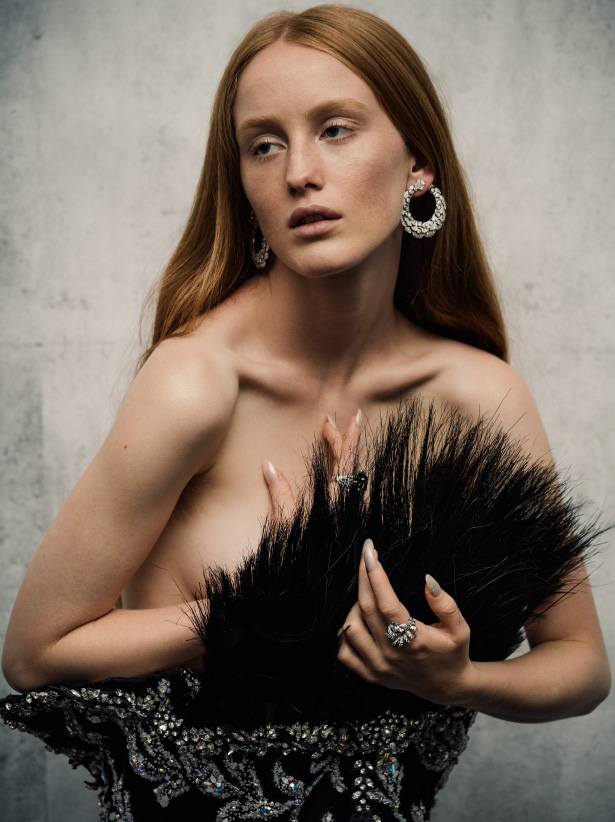 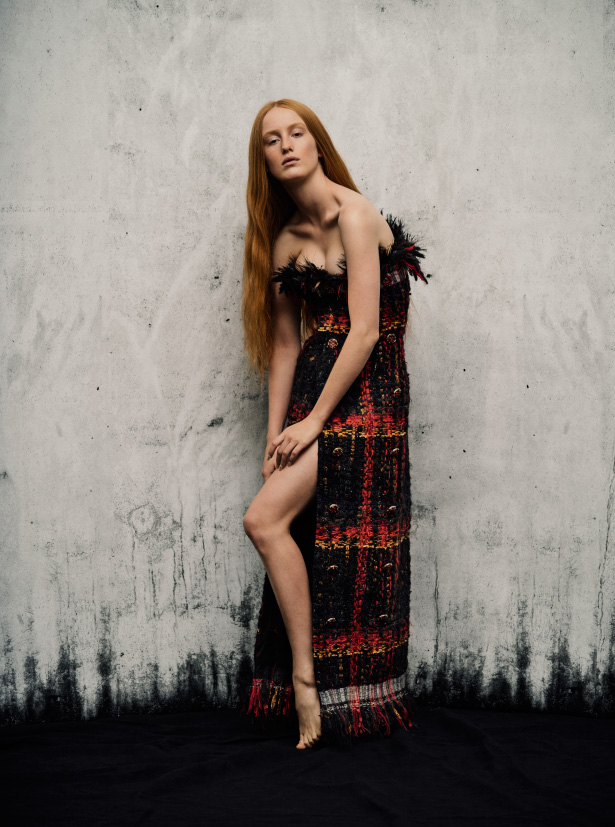 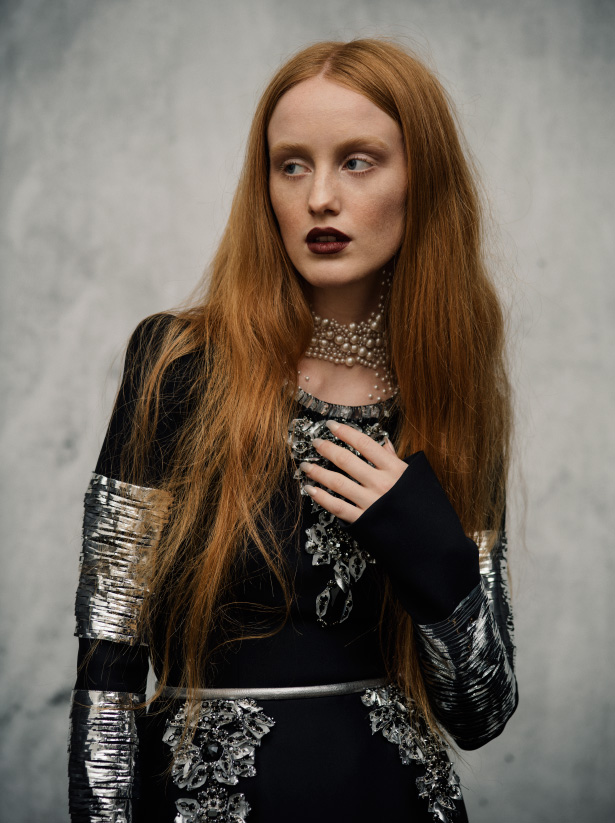 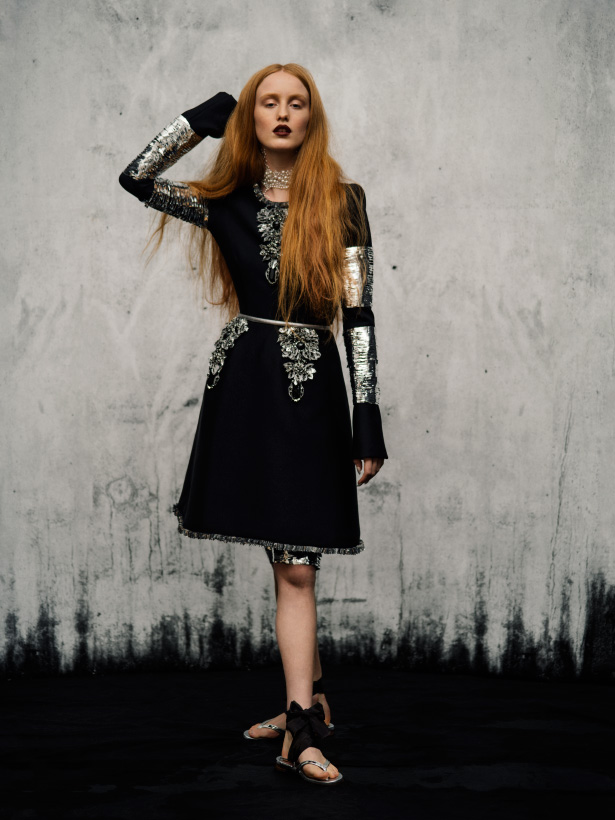 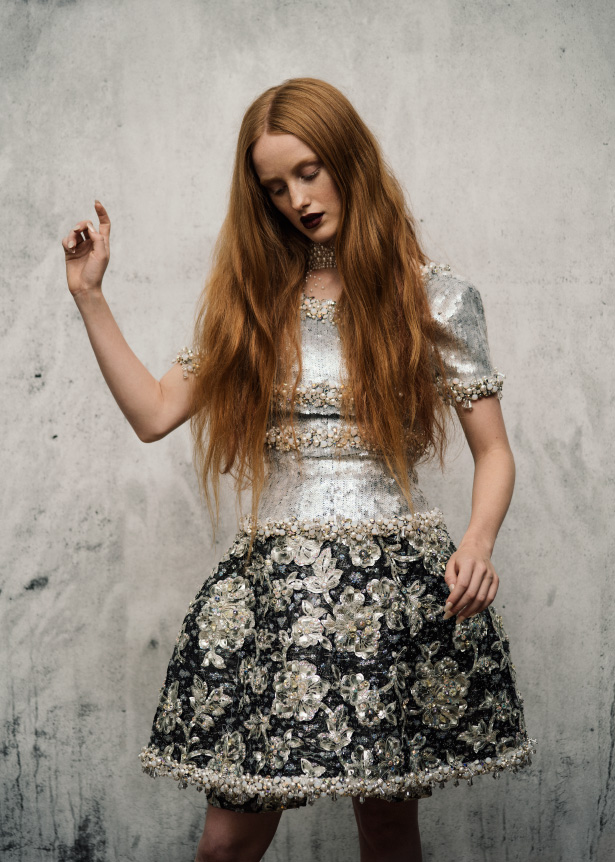