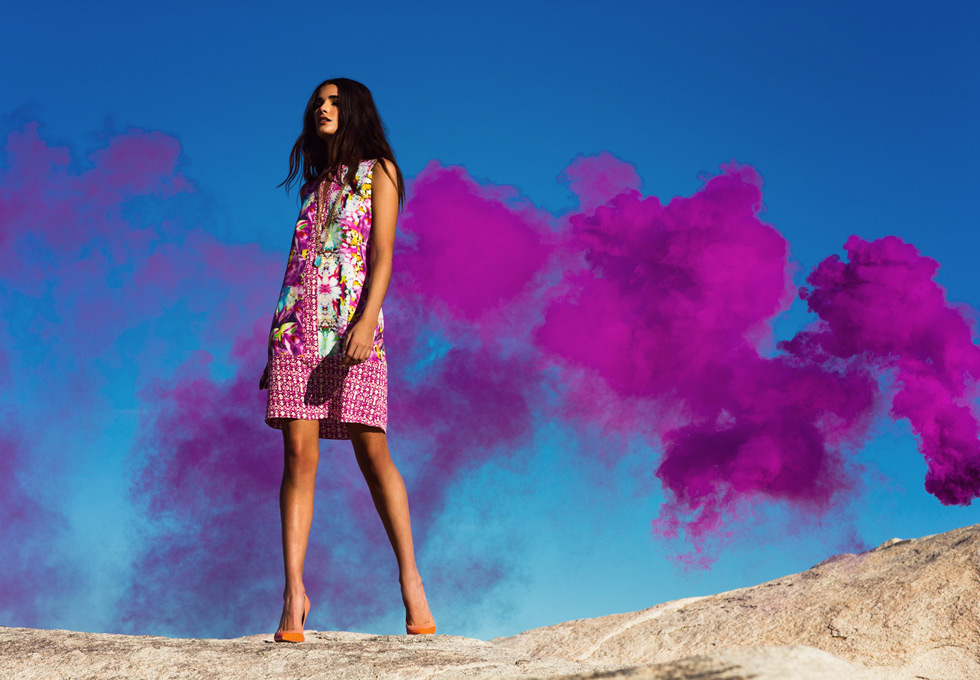 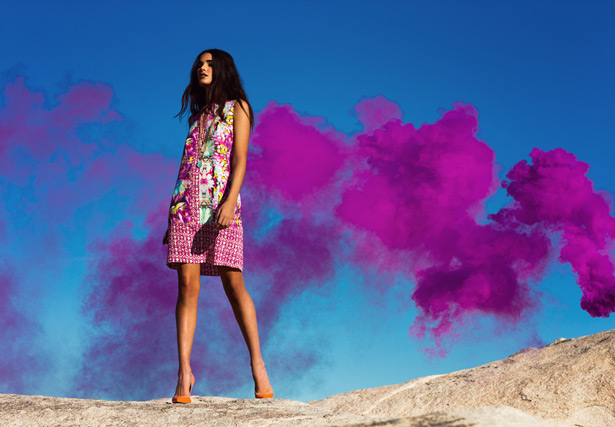 In the heat of the day, our desert wanderer begins to hallucinate…the landscape becomes an unnatural dream, a smoky haze of psychedelic color on her search for her desert oasis.

We conceptualized this aspect of the story early on, and after Rachel approved it, we had to figure out just how to make it happen. How do you get the saturated colors of the Indian holiday Holi in a way that won’t leave marks on either the clothes or the landscape?

Kevin and I spent the greater part of our Christmas vacation out at my parent’s house in the Texas countryside cooking colored smoke bombs…which DID NOT turn out quite like the YouTube tutorial (see our ridiculous failed attempt here). After many failed attempts, we hit the highway and found a fireworks store. They provided the colored smoke bombs you see in the photos, which we had to order and ship to CA due to fireworks laws…and airport security *gulp*.

Just wait until you see behind the scenes for these tomorrow! 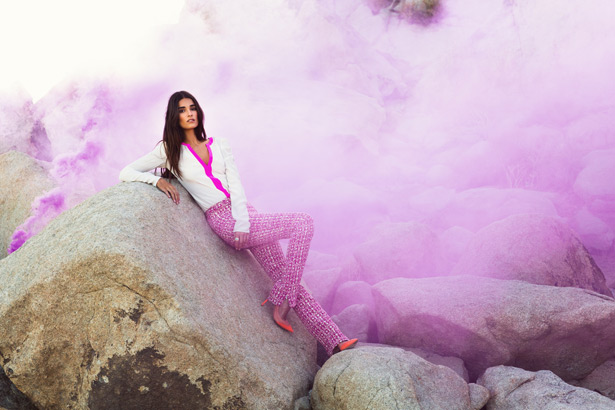 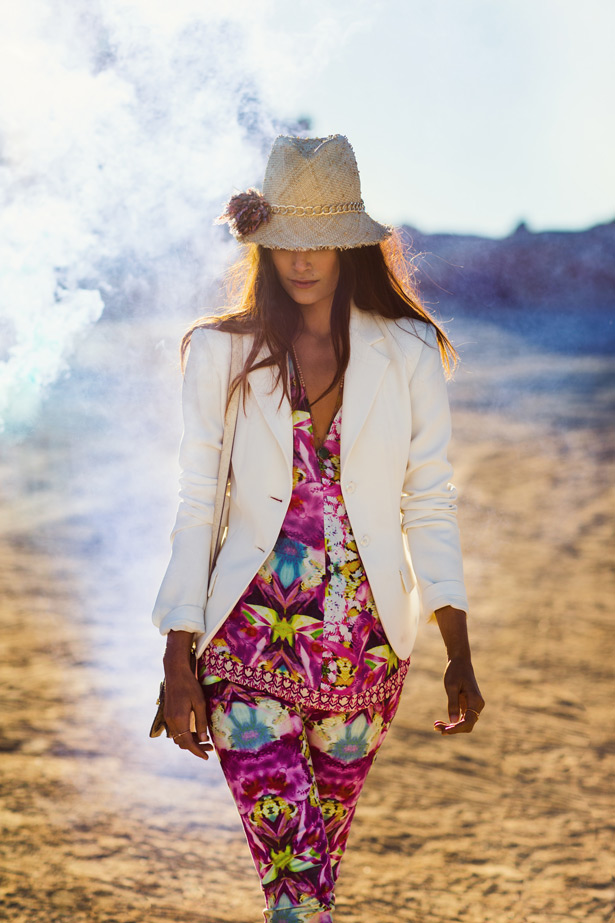 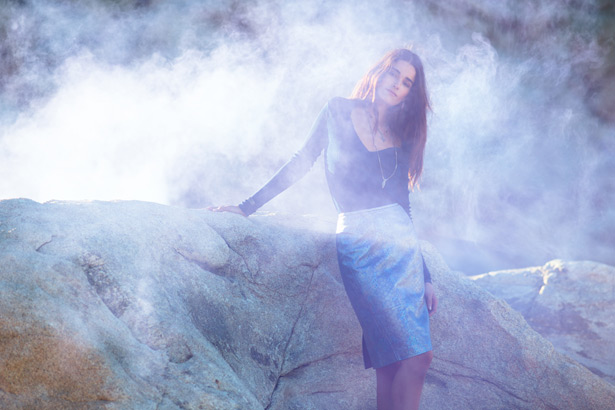 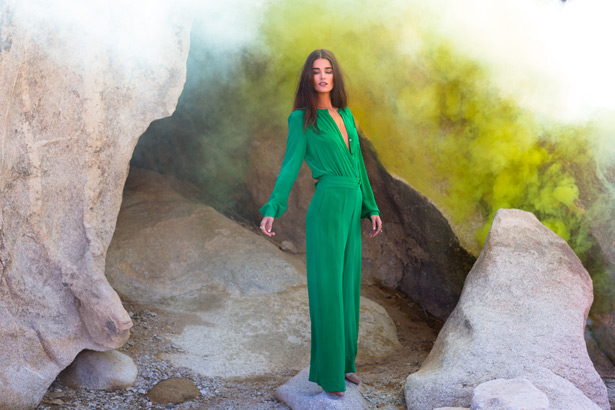 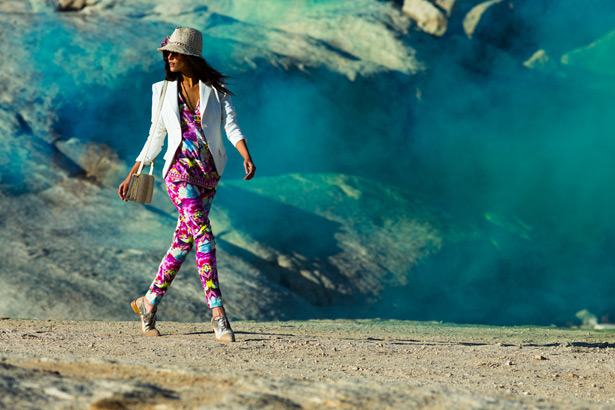 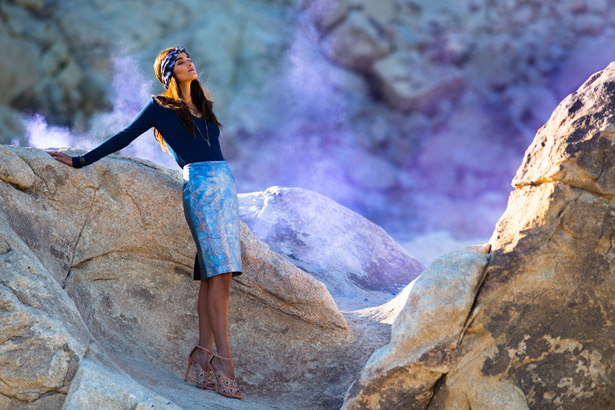 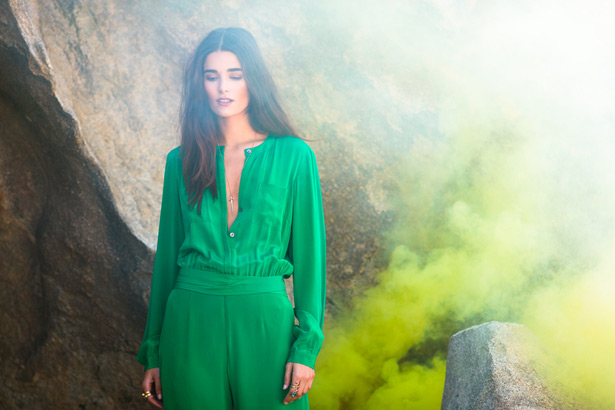