You’ve seen them in nostalga stores, on tables at flea markets or even in your grandparent’s attic: little box cameras from byegone days like the Kodak Brownie- Open the camera back, pull the winding nob out to release the film container from the box camera: Put your film in the holder at the top, pull out just enough to wrap around the container and feed into the existing empty film spool on the bottom, put film container back into camera box and push the winding nob back in so we can advance the film: Close the back of the box and wind until you see “1” in the back window and you’re ready to shoot! Follow the exposure chart on the side of the camera to know what settings to use. For the example photo at the bottom, a very dark cloudy day, a used setting “40”: How the film came out– The view of the Hudson River from West Point Military Academy: 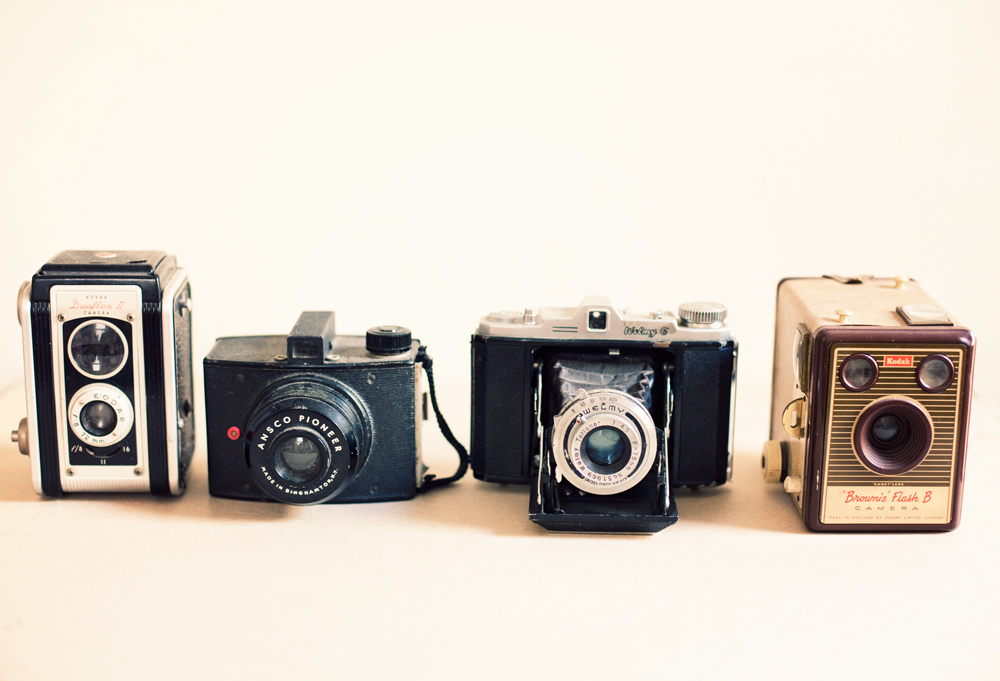 Which camera should I shoot with today?

from left to right: Kodak Duaflex, Ansco Pioneer, Welmy 6, or Kodak Brownie B 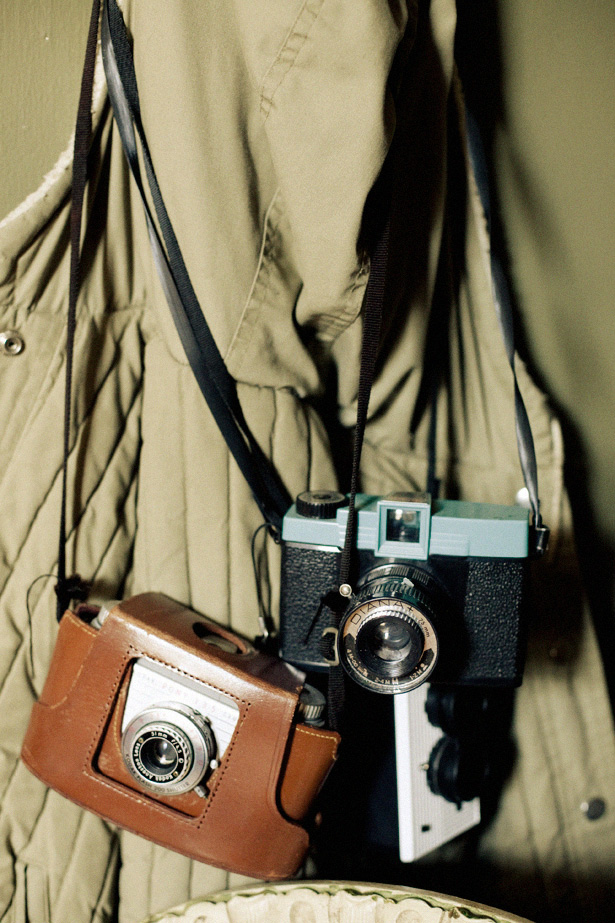 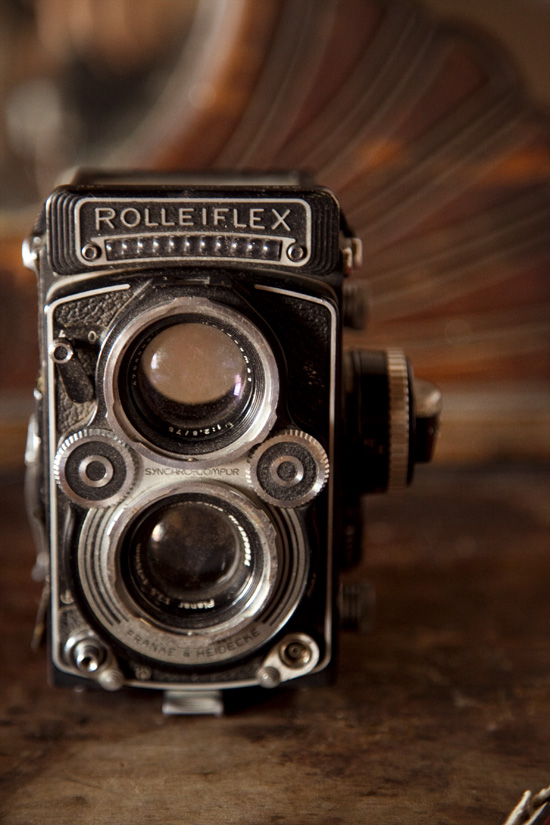 Part of At Home With Mike Mabes for Working Class Magazine 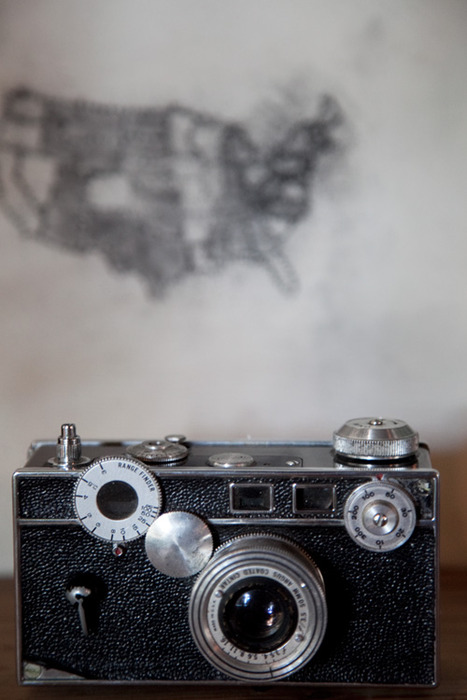 Today I’m going location scouting for a fashion shoot next week, here’s hoping I find what I’m looking for.

~Vintage camera and art from the home of photographer Mike Mabes