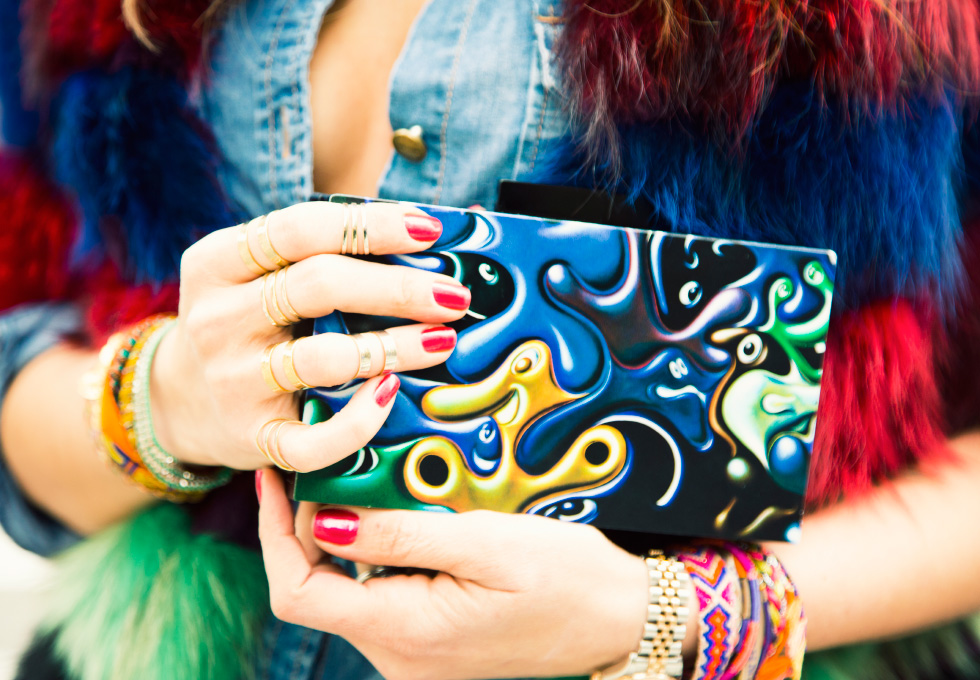 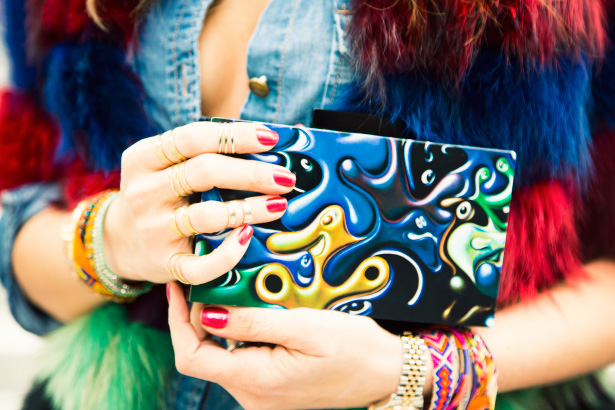 I met Maria Brito last year when she began working with and advising Kevin and I on our personal work and where to take it. We started doing artist studio tours together around Brooklyn – Maria has an amazing knowledge of the art world, not only in New York but around the world. Her blog and Instagram do a great job of taking you along for the ride! And in case that doesn’t sound chic enough, she covers art fairs like Basel for publications such as Elle; she was featured in Vogue Brazil; she buys art for P. Diddy’s (Sean Combs’) homes; she’s written a book about living with art; she’s a wife and a mother of two; and now, because she has soooooo much free time 😉 she is marrying her two passions, fashion and art, by launching a very limited edition capsule collection of clutches. These pieces feature three different artists –  Kenny Scharf, Erik Parker and Carlos Rolón/Dzine – in editions of 20 exclusively at Kirna Zabete in SoHo and online. They are truly “wearable art”, pieces that will increase their value through time, and that are themselves timeless.

Below are a few questions I had for Maria about what she wants to do now, what other A-listers are on her client roster, and her thoughts on how to buy art… 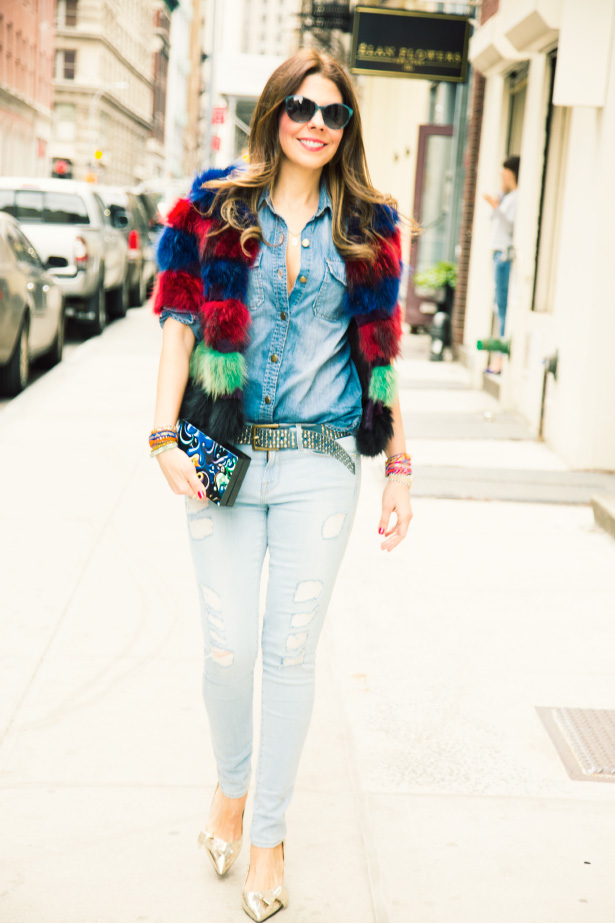 So these clutches are amazing! Where did you get the idea for them?

“I had been looking at the idea of doing product. I wrote a book, I do design services, I post things on my blog, so I thought it was about time to do something else. I had been looking at art collaborations, and while I thought some of them were very cool, I realized I wouldn’t necessarily wear what’s available right now. I wanted to create something that my friends or my clients or that I would actually wear, so I came to the idea of doing these clutches. I emailed a few artist friends about the idea to validate that the prototypes were going to work, and they all said, Yes. And the beautiful thing is that in the end, it worked out. So really it came as a natural progression of what I do.” 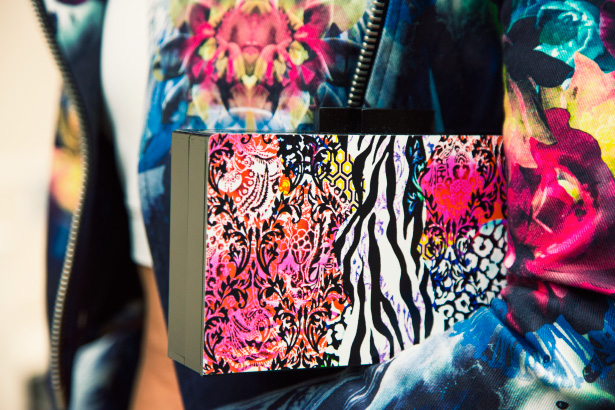 So tell me about each of the three pieces of art…

“The zebra print one is by Dzine, his name is Carlos Rolón, he’s an artist who’s based in Chicago. He’s from a Puerto Rican background, so we connect really well because we’re both Latin. This was a piece made for a show that was at Paul Kasmin at the beginning of the year. I took a detail, because it’s a big square, so I had to crop it so it would work for this shape…I feel it works really well for this type of thing.

The white clutch is from Erik Parker. The original is a diptych – it is actually hanging in the house of one of my clients. It’s huge – 6 feet in height by probably 9 feet in length. It’s separate because it’s a diptych, so I decided to play with it and put it together. It worked out really well! This one came full circle because it’s in the house of my client and now…well, you know what I mean.

And the Kenny Scharf one came from a piece that he did in the 90s. It’s also a detail. He’s very known for doing those creatures and little animals, so of course he told me, “Choose one in my archive of 600,” and it was kind of hard. I mean, it’s not that it was hard, having 600 pieces to choose from, but I wanted in particular to have the little creatures! I loved how this turned out to be. It’s very playful.”